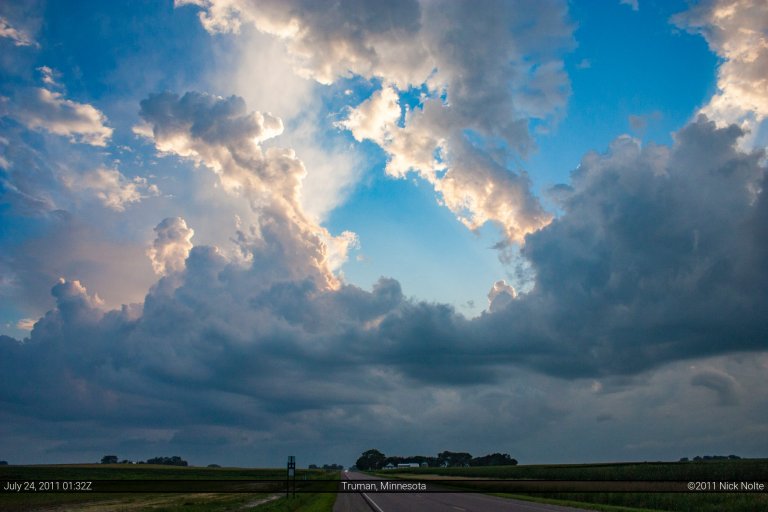 Probably the deepest sleep ever for me after being up for 42 straight hours the day(s) before and driving 1,475 miles. We awoke relatively early in Aberdeen to move east into Minnesota to get in position for the chase this day. We were expecting a very unstable airmass across southern Minnesota with temperatures into the 90s and dewpoints approaching 80. I was concerned with the upper flow as we were on the right exit of a 500mb jet, but it was pretty far north and the 300 jet was pretty much in Canada, but the atmosphere was going to be primed and looking at forecast soundings from the night before we were convinced today was going to be a pretty decent day. 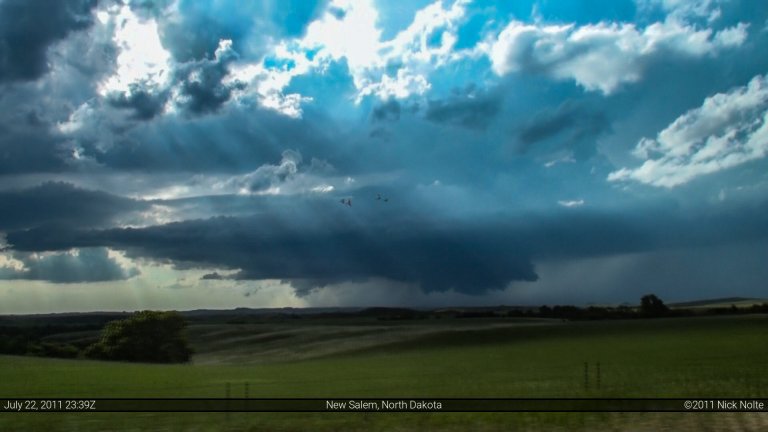 A big ass ridge was dominating the weather across the southern two-thirds of the country bringing a substantial heat wave to much of the Central and Southern Plains. The displacement of the jet stream to the north confined most of the severe weather opportunities to the Dakotas and even Canada. This day had captured my interest a few days prior and I was prepared to make the looooooong drive to the Dakotas to play in some of the best chase terrain in the country. Decent shear profiles indicated that isolated supercells were possible early in storm evolution before everything grew upsacle. 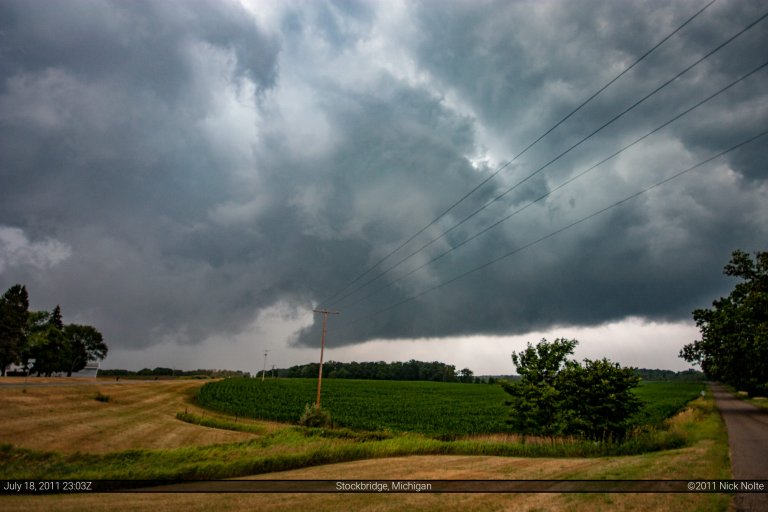 Nothing too exciting to report for this day. SPC had most of Lower Michigan in a slight risk for severe storms, but I wasn’t terribly interested in the day. I was sitting at home keeping an eye on the storms near Grand Rapids when the southern cell started to appear very interesting to me. So, being that it was already southeast of Lansing, I headed towards it.