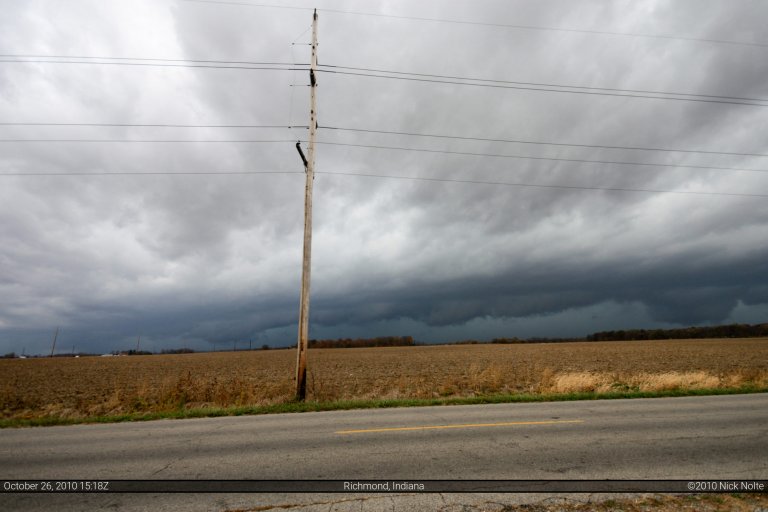 The epic storm of 2010, Bombogenesis 2010, whatever you want to call it.  The storm that was winding up over the northern plains was going to be epic as it strengthened and moved off to the northeast.  My decision was stay in Michigan and wait out the squall line that was expected to blow through, or head south where supercells might pop in front of the line. END_OF_DOCUMENT_TOKEN_TO_BE_REPLACED 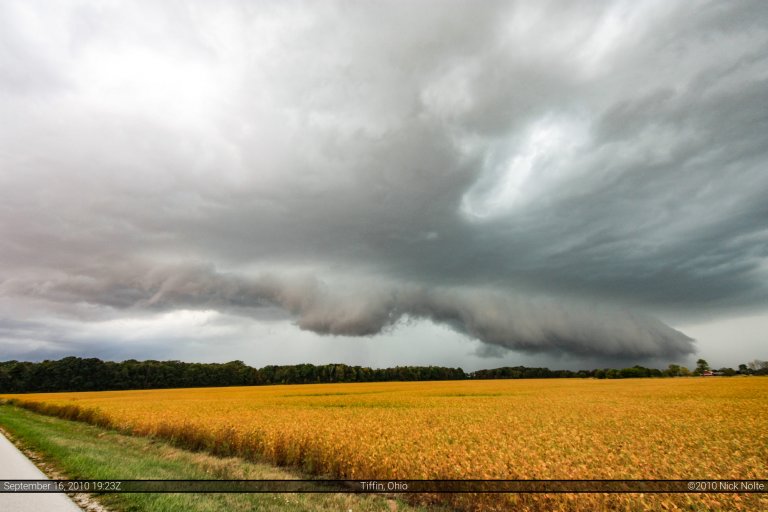 Kind of an impromptu chase, not prepared at all and it’d show as I failed to catch the main show southeast of Columbus that day.  Anyway, left work at noon and drove down US 23 into Ohio and storms were already firing on the Indiana/Ohio border.  When I left work, I had planned to drive to Columbus, but instead got distracted by the shiny objects on radar and decided to hang around Northwest Ohio.  The cell I got on looked good from the beginning.  It was the first one to go severe warned.  It presented a nice wall cloud for a bit, but eventually went linear.  Shortly after that I convinced myself that everything was going to linear, so I pretty much gave up.  I regretted it later as I crossed back into Michigan and the tornado warnings went off southeast of Columbus.  Live and learn, I suppose.  Attached gallery of the initial cell I was on before giving up on the day. END_OF_DOCUMENT_TOKEN_TO_BE_REPLACED

Well, this day had setup to look like a good one, but it turned out to be rather mediocre.  I actually chased twice today since most of the action was within the vicinity of my house.  I went after the original MCS that was coming across Lower Michigan in the morning.  I thought it would hold together and I could get some nice squall line/shelf cloud shots, but it weakened pretty rapidly.  At the same time, while I was down in Coldwater, storms had developed over Calhoun County and moved, pretty much over my house.  Another cell popped up in Washtenaw County that went tornado warned.  I tried to catch up to them, but once I got back close to home I figured there was no way to make it before they crossed into Canada or went over the lake. END_OF_DOCUMENT_TOKEN_TO_BE_REPLACED