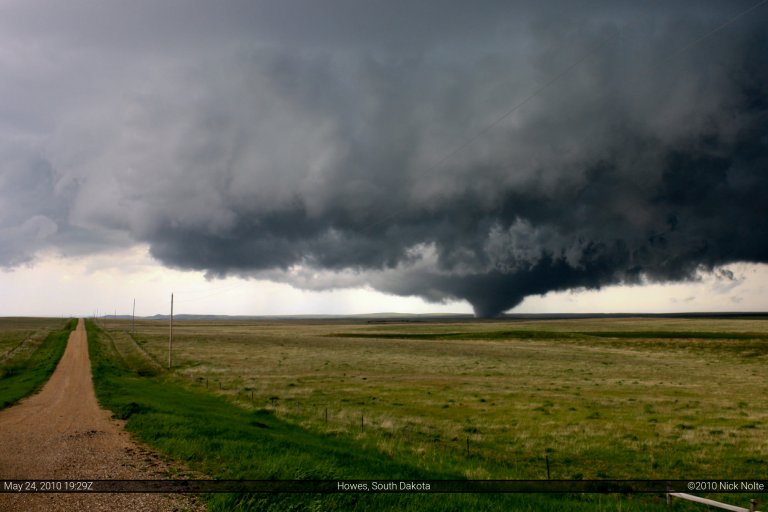 Well, this was the last day of my chase vacation. After spending the 22nd reveling in tornado outbreak bliss on the northeast side of the state, I was eyeballing the northwest part of the state this day.  The 23rd I spent in Pierre resting as it was my first and only down day of the entire vacation.  The SPC was calling for slight risk across most of the area, however they were outlining a 10% tornado probability across west/central SD into South Central ND.   There was a surface low in the Nebraska Panhandle that was going to lift to the NNE throughout the day and an attendant warm front was supposed to lift along with it and a cold front was forecast to swing eastward through the northern plains in the late afternoon.  This meant much of Western South Dakota would be in the warm sector with nicely backed surface winds, and with temperatures headed for the 90s and dewpoints into the 70s the picture was painted for some serious action in the area.  The only problem:  forecast storm motion was to the NNE at 50 MPH!  This was going to be similar to the speed demons of the May 10th Oklahoma chase.  However, motion to the N/NNE meant chances were high these storms would be parallel to the road network, but if you weren’t on a storm from the beginning, you sure as hell weren’t going to catch up to it. END_OF_DOCUMENT_TOKEN_TO_BE_REPLACED

After a dismal outing in Wyoming the prior day, I was hoping today would be better.  I felt I was in decent position as storms were a possibility north and south of Valentine, NE.  The common rule of thumb is “when in doubt, go south” meaning if you’re not sure where the best play is for the day, head for the southern end of it.  What I was worried about on the south play was the pretty stout cap that was over Nebraska that I was concerned any storms would form at all.  The cap was looking pretty moderate in South Dakota as well, but not quite as strong.  I also spoke with another chaser and his concern was the cap as well, but we both independently made the decision to head north into South Dakota.  It would pay off big time. END_OF_DOCUMENT_TOKEN_TO_BE_REPLACED

After the disappointment that was the 19th, I spent the 20th driving from OKC to extreme NW Kansas to setup for today.  Things were looking good in a couple of spots, there was a dryline play down in the Texas Panhandle and western Oklahoma.  Eastern Colorado/Wyoming also presented an interesting setup…bulk shear in the area around 50 kt and low level helicity around 300.  I decided to try out the eastern Colorado/Wyoming play as I also wanted to be in position to chase South Dakota on the 22nd.  And so the story goes, I left Colby, KS at about 9 in the morning and headed for Colorado.  Turned onto US 385 to shoot up to I-76 and then over to Sterling where I was going to check on things. END_OF_DOCUMENT_TOKEN_TO_BE_REPLACED 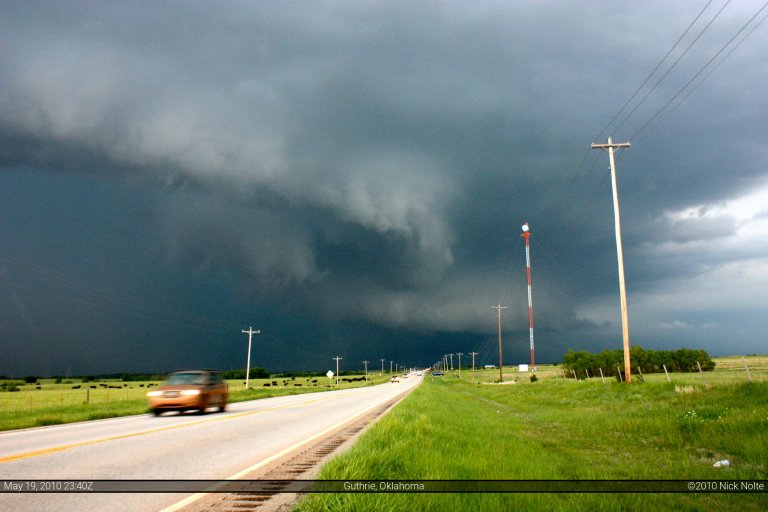 Well, this is one of those chase days you don’t want to talk about, but “reliving” it might allow you to at least learn something. After chasing the Dumas, TX supercell the day before and driving back to Lubbock that night I was pretty tired, admittedly and didn’t plan too well for the 19th. The SPC outlook for the day painted a moderate risk across most of Central Oklahoma, I took a look at the models rather hastily in the morning and decided Lawton, OK would be a good place to start. END_OF_DOCUMENT_TOKEN_TO_BE_REPLACED 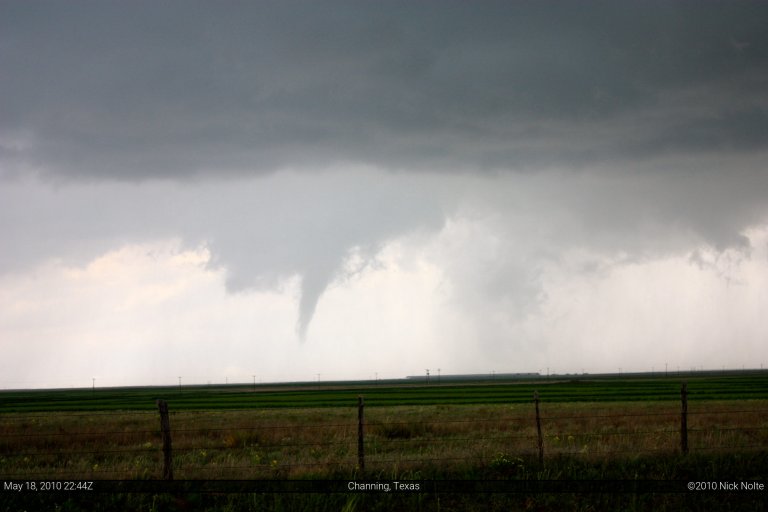 With everyone’s eyes on the event predicted for the 19th, overlooked was the “day before” event that was setting up along the TX/NM border.   Target of the day, for me, was Dalhart, Texas in the northwestern Panhandle of Texas.  Forecasts were showing a low centered in southeast Colorado with a warm front extending southeast from there to Louisiana.  With the dryline expected to slosh eastward through the day, a bulge was expected for form in the panhandle.  This spelled out a great location for backed surface winds, warm air and moisture advection and with the dryline pushing east, the catalyst needed to kick off some storms. END_OF_DOCUMENT_TOKEN_TO_BE_REPLACED