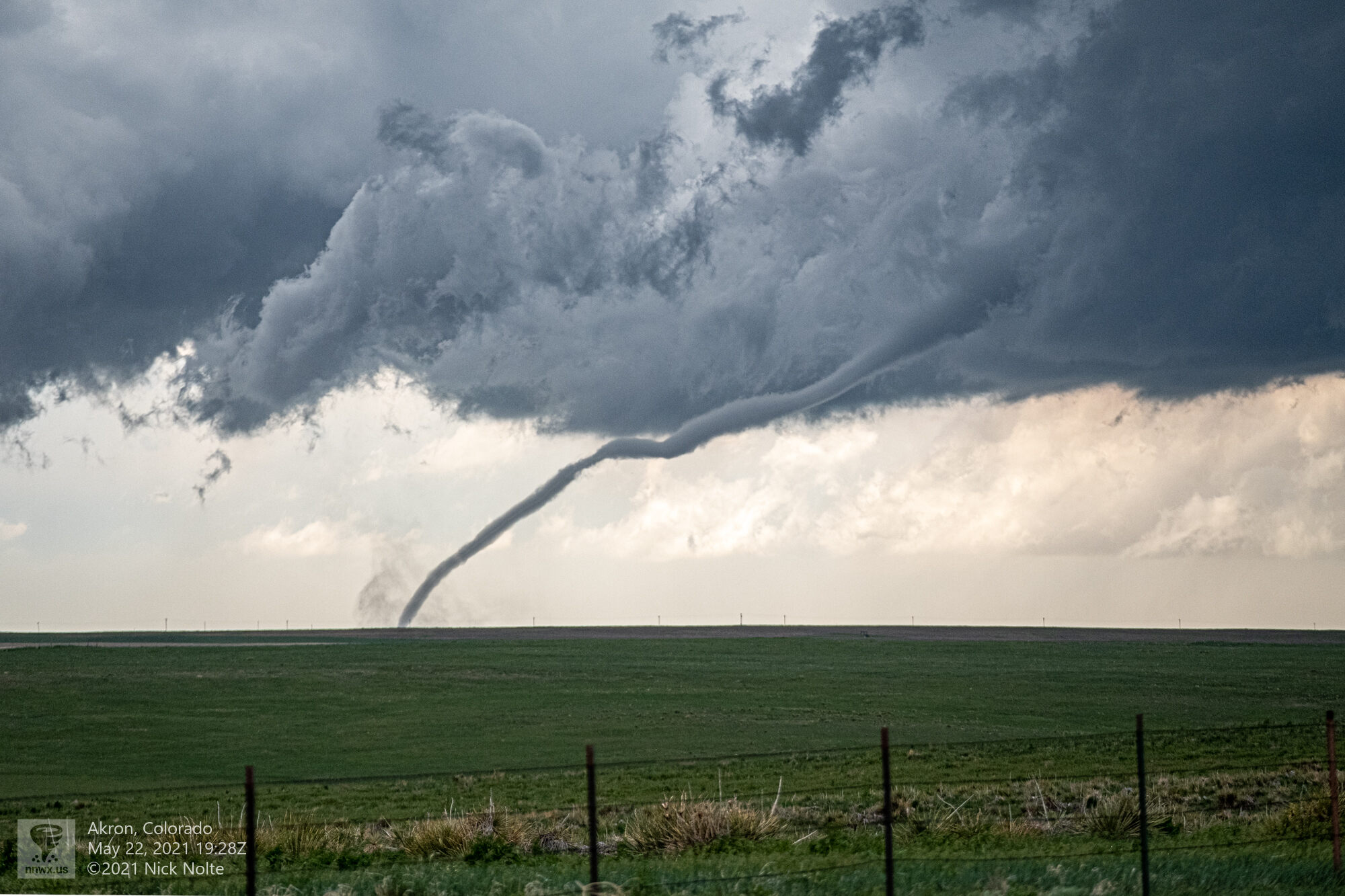 Meridonal flow along with 60 degree dewpoints impinging on the highplains of Colorado and New Mexico meant a good shot at severe thunderstorms in the high plains. While low level shear was initially lacking, it was forecast to pick up as the day wore on so there was a shot a tornado. I had spent the night in Sidney after a bust the previous day as we entered day 2 of my mini chase vacation.

SPC had a two areas marked with 5% tornado probabilities. I really enjoy chasing northeast Colorado and with the surface low expected to be there made the decision easy for me. I left Sidney around 16z and moved to Sterling to hang out and watch the data unfold. A mesoscale discussion was issued just prior to 17z indicating that the environment was continuing to destabilize as storms were already firing and intensifying along the foothills. Shortly after 19z I got a view of one of the storms near Akron.

Eventually while watching beneath this storm a dust swirl became evident in the field so it appeared a tornado was in progress but no condensation funnel was visible yet.

I did track this storm for a bit after this tornado, but it started to grow upscale with other cells into linear segments so I called the chase early and started to head north to Chadron for the next day’s chase, which would end up being a bit of a mistake and I’d be making a long morning drive.