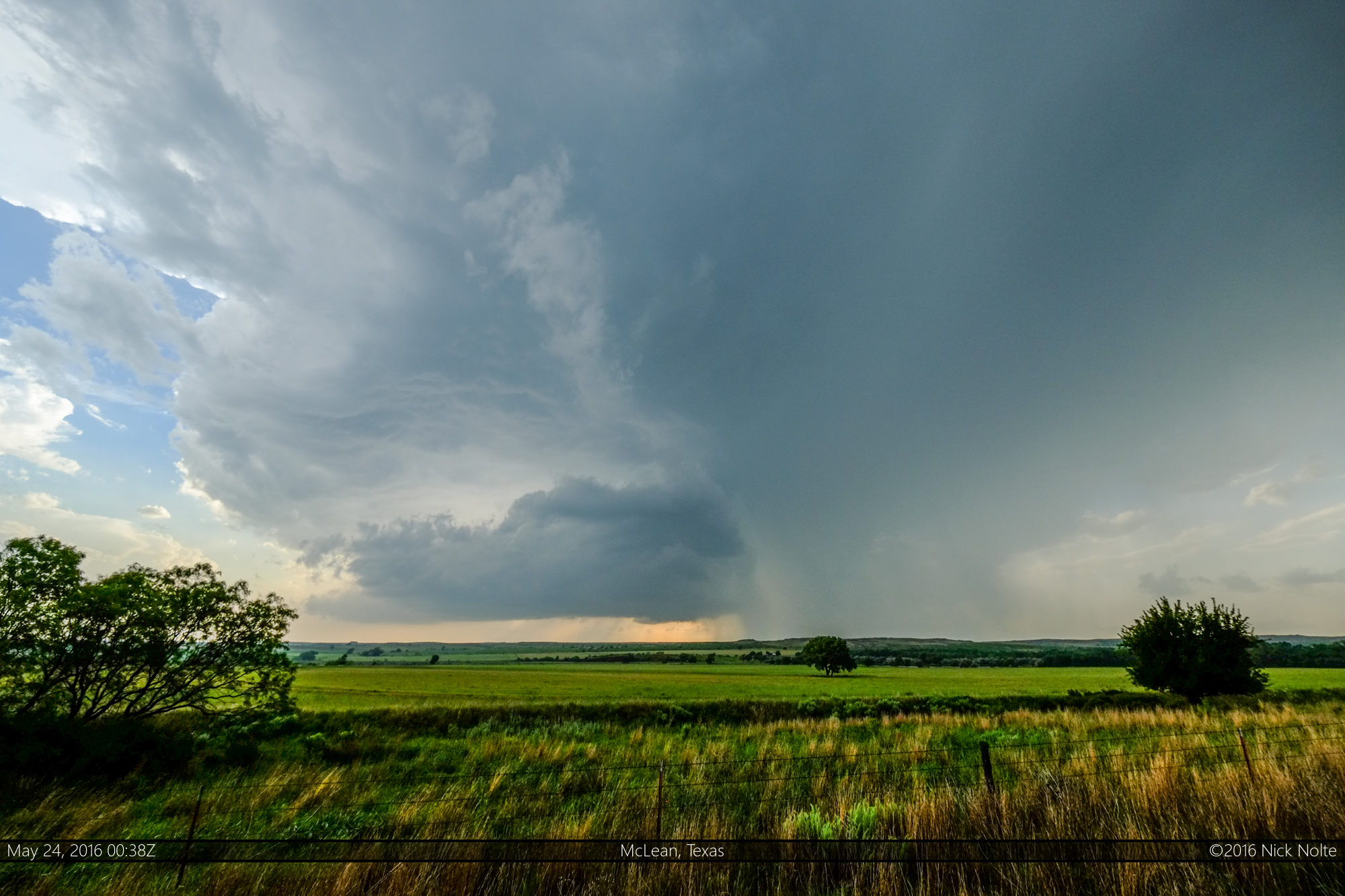 The third day of my mini chase vacation featured a mid level speed max that was forecast to move into the Caprock area while the dryline mixed east. There were two targets in play, the area up near the intersection of the dryline and the outflow boundary or further south a bit along a dryline bulge expected to form along the Caprock.

After spending the night in Dodge City, I woke up regretting my decision to drive back there the prior evening. I had anticipated a more northward extent to the eventual risk area, but the overnight MCS quashed that possibility. So, I was up early sitting outside the slight with a forecast to be made. Eventually, I settled on driving to Woodward to stage for the day and left DDC shortly after 15z.

I arrived in Woodward a couple hours later and sat around town watching the cumulus field that was bubbling along the dryline to the west. 19z rolled around and shortly after the SPC issued a mesoscale discussion for the area as instability had pushed MLCAPE values up to 3,000 J/Kg.

With the mesoscale discussion and a rather agitated Cu field to the southwest, I began to drift south towards Shamrock.

As I drove through Wheeler, a storm initiated along the dryline near Clarendon and I had my target. I moved south to intercept.

I tracked along with this storm for a while while it pulsed up and down in strength on the radar, but never really took hold. Meanwhile, around 22z stronger, more robust convection fired to the southwest.

But, watching them on radar they also were exhibiting the fluctuations in return strengths on radar, reminiscent of what happens when there’s not enough shear and too many updrafts. However, 0-6 shear in the area was on the order of 40kts so I don’t think this was the issue. I started to go south to Memphis when a new updraft tower formed near Clarendon and unimpressed with the appearance of the southern storms on radar decided to retreat back north to the new development.

I met up with Brad Goddard on a county road northeast of Clarendon and we continued to follow the new development for the rest of the evening. While we were re-positioning the storm went tornado warned as it apparently spawned a tornado as it crossed I-40 east of Jericho.

Eventually we stopped south of McLean to watch the storm for a while until sunset approached as the storm finally died.

After that was done, I drove back to Elk City to stay for the night and prepare for the following day.