I hadn’t planned on chasing in southeast Iowa on this day. I had actually taken the day before off and took a leisurely drive along the Mississippi River to Prairie du Chien, Wisconsin where I stayed the night. Little did I know, I’d end up driving past the hotel I stayed at in Ottumwa the night before while tracking storms in Southeast Iowa again.

Let me preface this blog entry with the note that I don’t have any photos or videos from this day, so there will be no cool photos below. If you’re still interested, read on! 🙂

June 22nd featured a little shortwave trough propagating across the Upper Midwest with temperatures in the low 80s and upper 60s/low 70s dewpoints across Southern Wisconsin, Illinois and Eastern Iowa as well as a cold front stretching from Minnesota into the Plains. An overnight MCS riding north of the synoptic front persisted through the morning across Wisconsin to Lake Michigan.

I was eyeballing the intersection of the MCS outflow and the eastward advancing cold front for my target area. The target area was characterized by deep layer shear as well as strong low level helicity values of 300-400.   I left Prairie du Chien around 16z and began my drive south. I drove down to Rochester and found a spot to chill out right off I-80 while I watched visible satellite and consumed data.

A cell started to go up just south of Des Moines right at 21z and the SPC issued a Tornado Watch for Southeastern Iowa and Northern/Central Illinois. I continued southwest to get into position to check out this developing storm and before I knew it, I was in Ottumwa for the second time in two days. Shortly after my arrival in Ottumwa, the storm went tornado warned over Albia.

I passed through Ottumwa and continued west on US 34 to county road T-61 and stopped just north of Blakesburg as the bears cage slid just to my south.

I was unable to visually see anything in there with the heavy precipitation and when the tornado warning expired I started to head back towards Ottumwa and just a few minutes later a new tornado warning was issued as broad circulation showed up on radar near Bloomfield. I drove south out of Ottumwa (again!) and approached the storm from the north. Once again, the heavy precipitation and darkening skies prevented me from seeing anything of note in the storm. As such, I decided not to let the storm troll me a third time and I started to head back to Ottumwa to begin the trek home.

I approached the storm and just about punched the bear’s cage and never did see anything in there. The storm began to become a mess and it looked like it was going upscale, so I started to drive back to Ottumwa. Once I got back there, the storm went tornado warned again, near Bloomfield, and trolled me south to check it out, but didn’t see anything again, so I finally started the trek home. 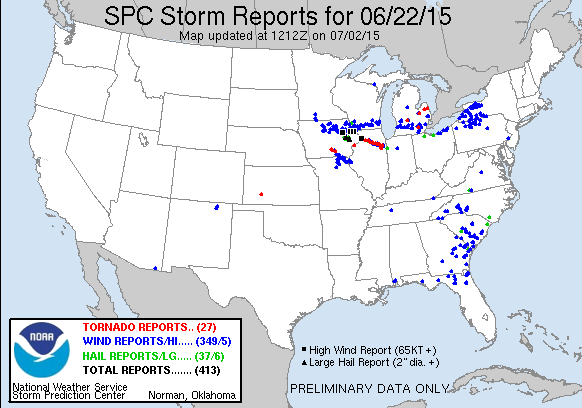