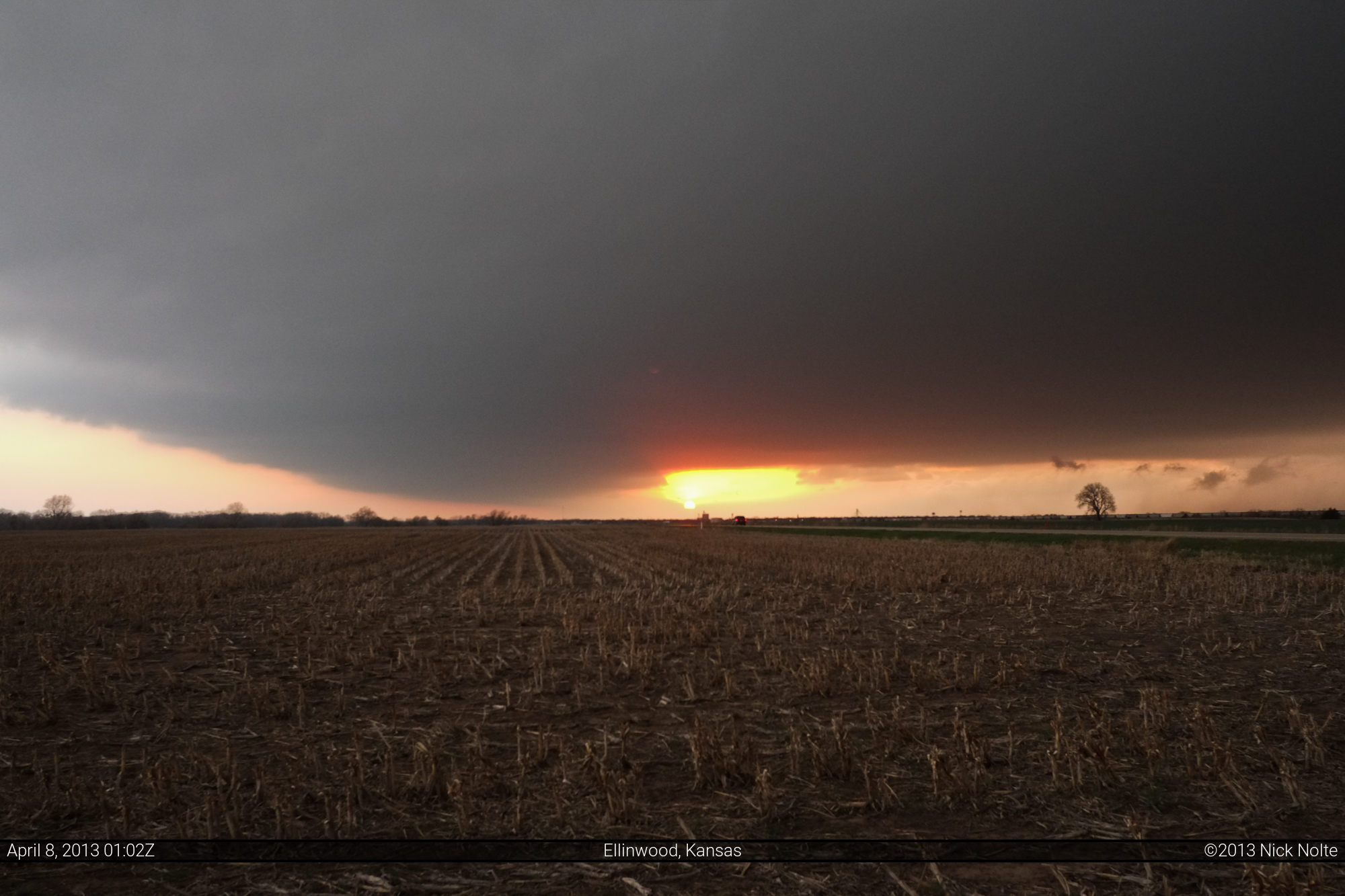 After an extremely slow start to the season, Mother Nature was finally pushing a trough onshore to kick off some severe weather chances. At this point in the season we were running about 50% of average for tornado reports. The trough looked to eject on the 8th, so I set out from Michigan on the 6th looking to play the 7th through the 10th in case the 7th was a day before the day type of event.

I left Michigan on the 6th and drove to Wichita, KS for the night, thinking I’d be waking up in the target area. It’s so much nicer and more relaxed when you can wake up and sit in your hotel room and look over data rather than be out the door as soon as possible to drive to the target area. Met up with Brad Goddard in Wichita for dinner and forecasting. We felt pretty good about where we were, and the promise of the next few days. I was indeed in the center of the slight risk area upon awaking, but tornadic potential for the day seemed pretty low. Nevertheless, supercells were still expected, but further west was looking like the optimal area to begin the day. So, we left from Wichita around 11am and started a trek towards Medicine Lodge.

Stopped at the Subway in Medicine Lodge to get lunch and eventually met up with a bunch of other chasers including Skip Talbot, Jennifer Brindley, Adam Lucio, Alec Scholten, Jonathan Williamson, Mike Brady and Scott Bennett. And we sat there for quite a long time waiting for something to happen, but the area remained covered in clouds, while a bit to the north there was some clearing.

After sitting in Medicine Lodge for 5 hours, a cumulus field started to go up to our northwest where the clearing had been better, so most of us headed north out of Medicine Lodge to attempt to catch the storms starting to fire.

Our first decent view of the storm was a couple hours later northwest of Great Bend where it was pretty clear we had a decent storm, but it wasn’t going to do much more than it already was.

We continued to follow this storm along until sunset, but never saw anything more than some small hail and brief attempts at wall clouds.

We followed with it until sunset, then called it a night in Great Bend to prepare for the next day, which looked to be much better than today.