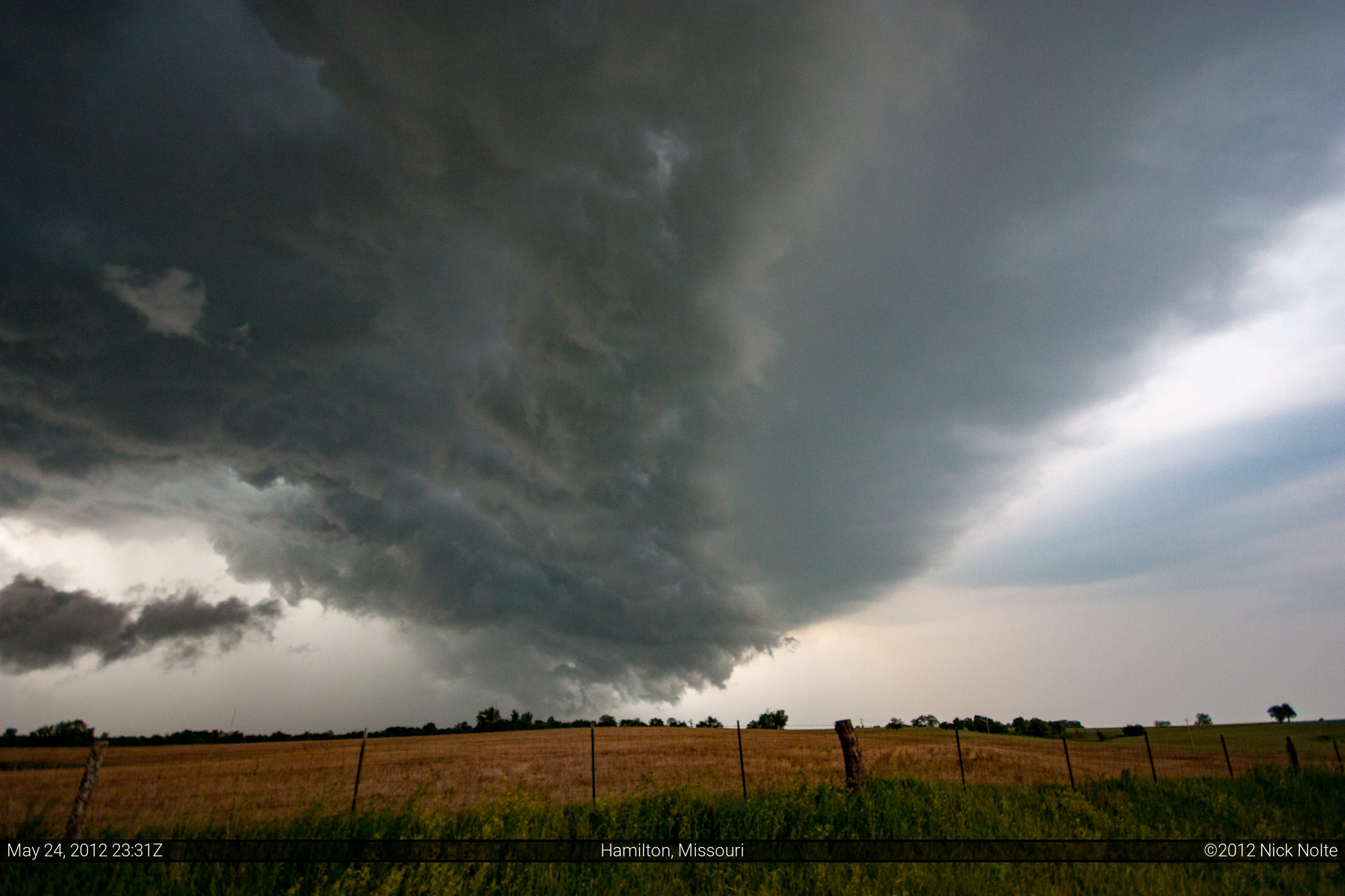 This day featured a moderate risk setup in Wisconsin. Since I wasn’t going to drive that far, my plan was to play the tail end of the convection that unzipped down the cold front. The big issue for me was whether or not the forcing from the front would overcome the cap that was in place where I had planned on playing.

The original plan was to head to Kansas City from Pratt and wait for things to develop.  Shortly after I arrived in Kansas City a mesoscale discussion was issued for most of Iowa stretching into NW Missouri. My plan was to play the southern end of this area of interest in hopes that a cell would fire on tail end charlie despite the stronger cap with southward extent. Cells had started to fire near St. Joseph, so I bolted up I-35 to pick the healthiest looking one.

Eventually, I got on a storm south of Stewartsville which actually looked pretty good given my expectations for the day.

Shortly after this photo, the storms went severe warned but they went outflow dominant rather swiftly. I stuck with this storm all the way to Hamilton before giving up on it as it was pretty much a linear mess by then.

After giving up on the storms I began the trek back to Topeka in preparation for the following day. On the way “home” I got a look at the sunlit side of the storms moving southeast of Topeka metro shortly after driving through some of the most intense rainfall I’d ever been in.