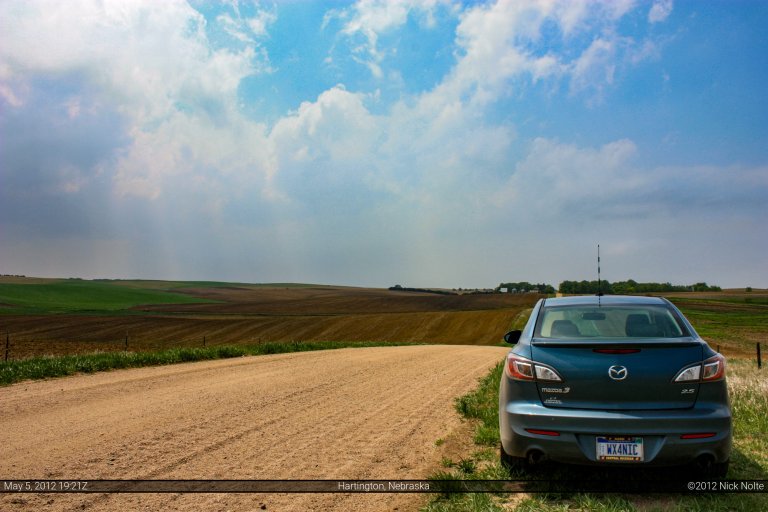 Ah, the epic sun tan chase bust in northeastern Nebraska. This day had been on several peoples’ radars as a possible tornado day. The main concerns were the weak upper air support and the cap. As it would turn out, that cap would be our undoing for the day. This chase started as an all night drive for me as I made the decision at the last second late Friday night to make the run.

I sat around most of Friday evening thinking I wasn’t going to attempt this run. I was totally on the fence about it and was probably 70/30 in favor of staying home. When the 0z run of the NAM came in that evening it pushed me to 50/50 meaning I would need to decide real quick if I was going to give it a go. What helped me make the decision, was the possibility for storms in Illinois on Sunday, so I might be able to get two days out of this. I did the math and figured I could get out there in time, so I gathered up my gear, packed the car and took off at 11pm the night before.

And so, I drove through the night finally arriving at Sioux Falls, South Dakota at lunch time after 14 hours on the road. The original plan was to play north of the river where the better upper air support and models were forecasting the warm front to advect across the river into South Dakota. As the day wore on, it became clear that wasn’t going to happen, so I headed south out of Sioux Falls then west to Yankton. Upon arriving in Yankton, it was still clear that the warm front was to the south, so I continued on in search of it.

Eventually, about 25 miles south of Yankton, I found the warm front just north of 876th Road off US 81. I drove to the top of a hill and noted the convergence lofting some cumulus into the sky around the area and took what would be my only photo of the day. 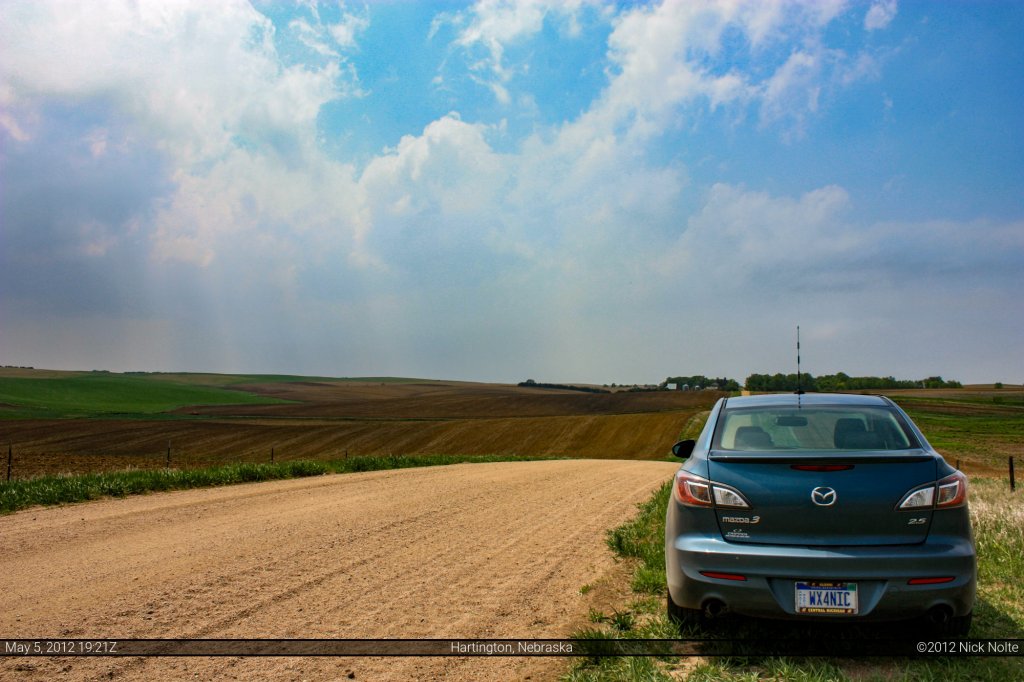 As the day wore on the cumulus waned and the skies became bluer. On this hill Jonathan Williamson, Karissa Hackert and Jeremy Degenhart located me just as cool air from the north surged through indicating the warm front was nearly stationary or even being pushed back already. We all headed south to Randolph where the one of the greatest chaser convergences of all time was taking place. A tiny gas station was full of chaser vehicles and people as we all stood outside our cars working on our tans.

While the effective significant tornado parameter was peaking at 10-12 in our area, bolstering our hopes, the 700mb temperatures were laughing at us from above

10-11°C creeping into the area would end up effectively shutting down the area for storms. As the day wore on, the cumulus all but disappeared and we met up with Rob Hurkes, James Seitz and Skip Talbot at the intersection of highway 12 and US 81 and reflected on the nice day Mother Nature had given us, lol.

After a bit, we headed back into Yankton to grab some chow and eventually went on our separate ways. 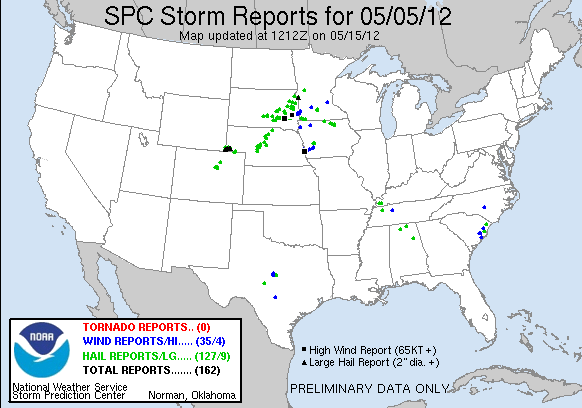