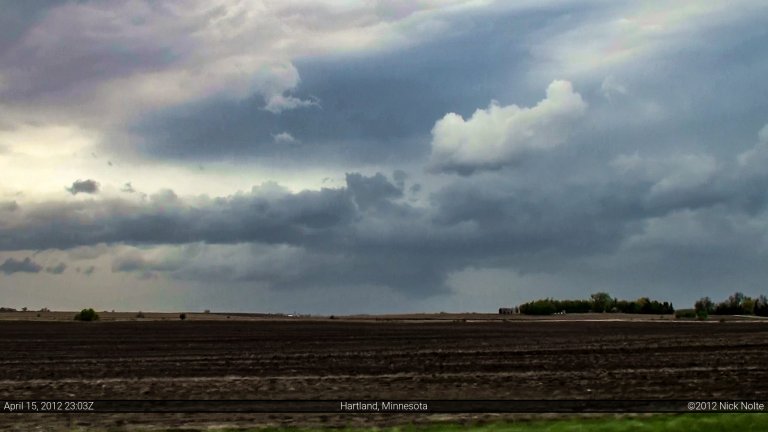 The night before in Emporia, after celebrating a stellar chase day in Kansas, Jonathan and myself were deciding whether or not to get up early and make the run north for the moderate risk in Wisconsin. As far as we were concerned, it was sort of on the way home, but getting up early would be a bit of a chore.

We made the decision to give it a go and the following morning headed up I-35. We had two concerns for the day, how far north the clearing would get and storm motions. This was going to be more of a position and intercept day, rather than chase, as keeping up with storms would be impossible. As we approached Iowa we decided that the instability sweetspot would be around the I-90 corridor in Minnesota, so we continued north until we crossed into Minnesota where we pulled off at a rest area to take a break and watch data.

Fellow Michigan chasers Bill Oosterbaan, Bob Hartig and Robert Forry met up with us at the rest area and talked shop for a bit. Eventually we parted ways while they went for the storms starting to fire on the cold front while we waited a bit longer. Eventually we started heading north and got on one cell with some marginal looking features near Hartland. 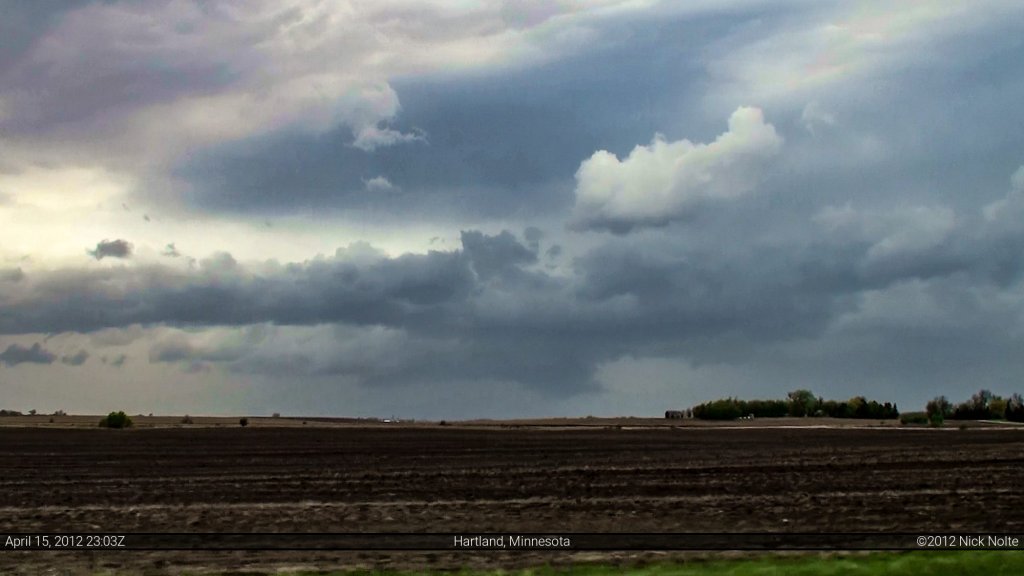 We weren’t able to keep up with it for very long and after stopping to reassess the situation decided that the chase was pretty much over. We called it a chase and headed towards Rochester. Once we got on I-90 east of Rochester we noticed some blips on radar so we pulled off to see what we could see. There was a tiny speck showing up on tops and it turns out it was a failed updraft that we watched completely dissipate 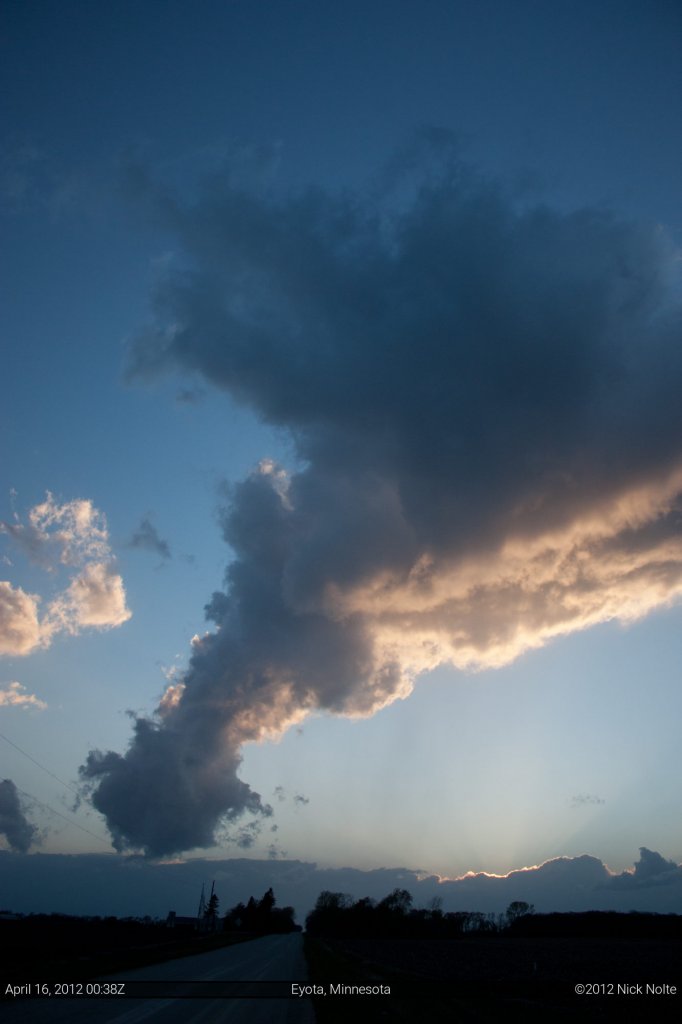 After watching that, we really called it a chase and went our separate ways. 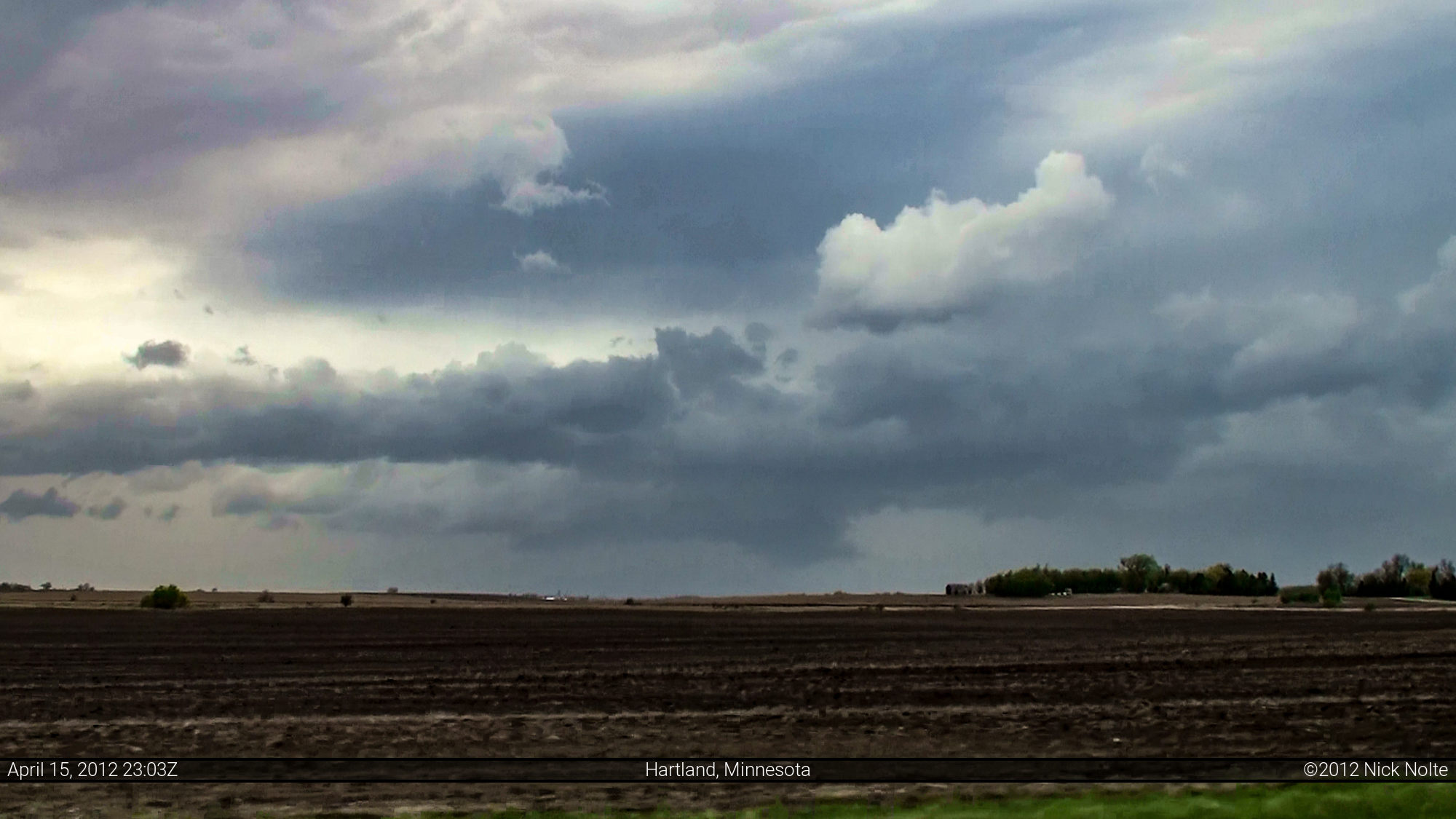