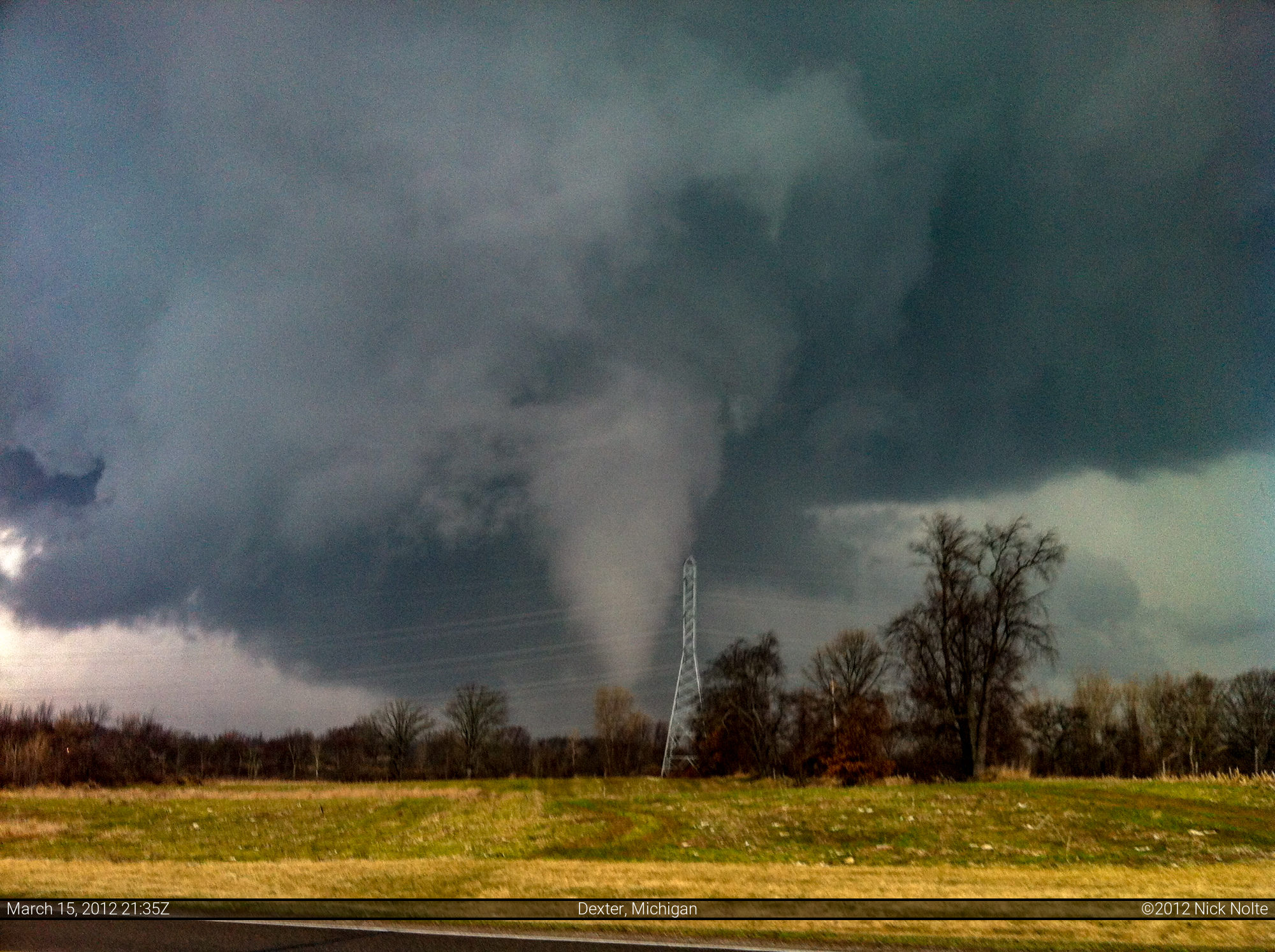 This entry will be short and sweet as it kind of was a surprise event and I wasn’t expecting anything like this for this day. As such, there was no forecast that went into “finding the target.” The majority of this day was luck based, perhaps a bit on positioning skill. Other than that, there is no secret formula to how I intercepted the storm, it just kind of happened.

I was working in Jackson when we had a couple of thunder booms over the city just before 5pm. I had glanced at the radar and they looked like garden variety thundershowers to me. Yes, the instability was very robust, especially given it was only March, but I was unaware that any of the other parameters were there. I was under the impression there was not enough upper air energy, and not enough shear to organize storms. Apparently, an outflow boundary moving northwest from Ohio collided with an weak cold front swinging southeast and the storms triggered just east of the Jackson area.

When I left work at 5, I opened up RadarScope and took note of the storm near Pinckney as it looked rather impressive. At that point, I decided to head out that way. Not having any of my gear, I relied entirely on my iPhone for the duration of this chase. After I had hopped on I-94 and traveled east a bit the storm went tornado warned. I was caught off guard by the development, so I continued east and my plan was to go beyond Chelsea and Dexter on I-94 before heading north to intercept. However, when I opened up the tornado warning text, it indicated the storm was moving ESE at 15 mph. 15 mph!? Being unaccustomed to storm motions of that sluggishness in Michigan I decided I needed to just get to the storm, so I got off 10 miles earlier than expected and pulled up behind the storm about 2 or 3 miles west of Dexter on Island Lake Drive and the tornado was already in progress.

I pulled off into a subdivision on Island Hills Drive and filmed it for several minutes. The tornado was mostly stationary at this time, with a slight westward drift to it, which also surprised me.

After watching it for a while, large hail began to fall at my location and the tornado became rain wrapped so I bailed east and south. Hopefully, sometime soon I have time to write up a synopsis of this unusual Michigan event and get more information on exactly what happened. Both the storm behavior on radar and in person was extremely unusual for Michigan, it looked more like a Late May/Early June supercell out of Kansas or something.