Day two of a three day chase featured a slight risk in the Ozarks while marginal severe probabilities existed on the High Plains. A weak surface low was forecast to develop near the panhandle region and move north eventually consolidating near the Nebraska/Kansas border. With a negatively tilted trough and 100kt upper jet there was a decent chance for severe weather in Eastern Colorado into Western Kansas where dewpoints were progged to reach the low to mid 50s.

Brad and I decided to chase the marginal Colorado play rather than head east to the Ozarks and we were wishing we had stayed in Garden City, KS the night before as planned. Instead, we’re in Woodward and models are inidicating initiation around 19z, so we got some driving to do. We took off from Woodward shortly after 14z and arrived in Boise City, OK shortly before 19z. By then, the SPC had issued a mesoscale discussion for Eastern Colorado indicating possible supercells with primarily a wind/hail concern and an outside chance at a brief tornado. A Cumulus field had begun to develop across most of Eastern Colorado with convection firing west of Springfield that we were keeping an eye on from Boise City. 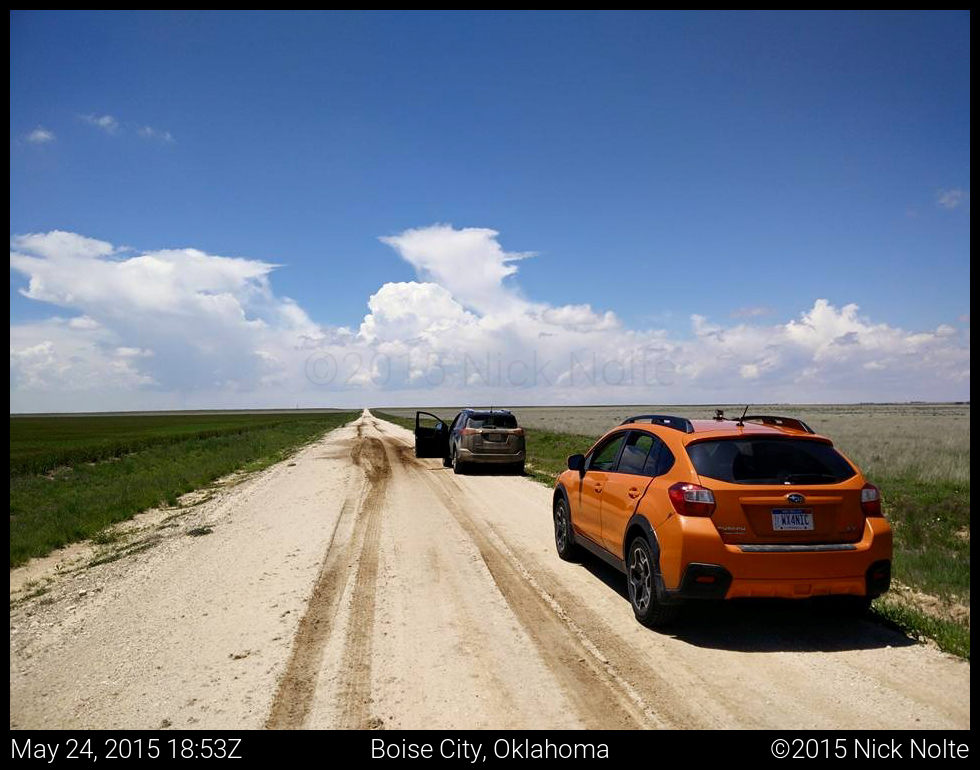 As the cells intensified we moved north to check them out 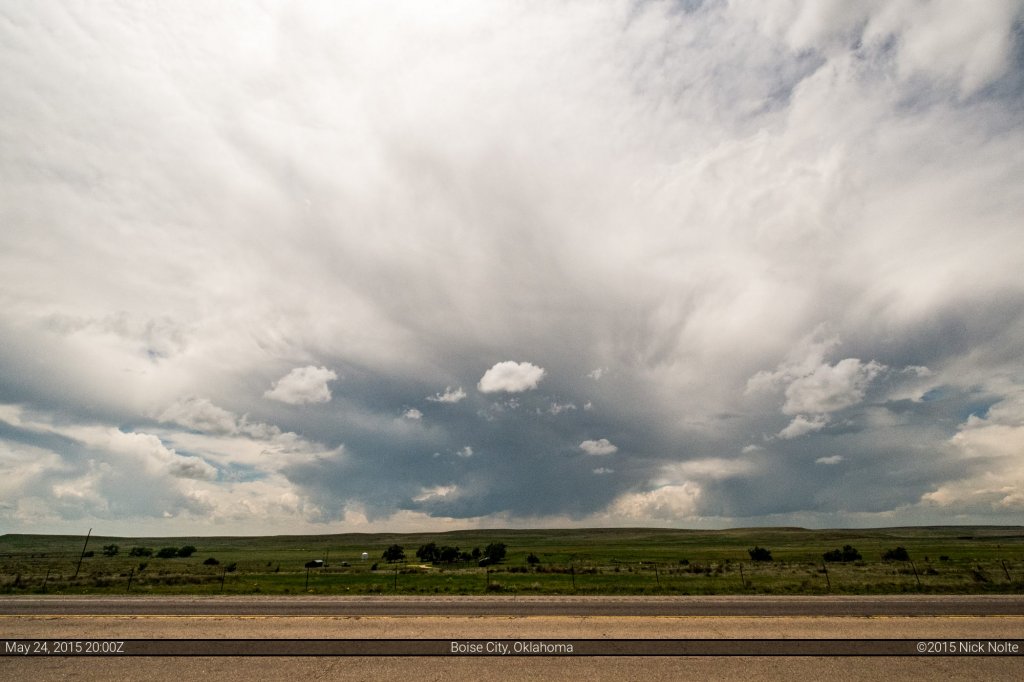 We tracked the storm along US 287 to Lamar where it eventually went tornado warned just before 22z. Watching the storm south of Lamar, we couldn’t see anything going on in there and we debated whether or not to punch the core to get to US 50 so we could head east and get back in front of the storm. But, while we were deciding the storm intensified rather swiftly and the hail core looked rather stout from our vantage point. So stout, in fact, we could actually hear the hail falling in the distance. So,we held back while the storm crossed 287.

Eventually we ventured forth into the rain and Brad and I got separated because of traffic. As I drove east on US 50 I made a decision to punch through the storm to get back in the clear, and eventually reached the other side near Holly.

Supposedly there was a tornado going on under the storm while it was near Lamar, but we never got visual on anything. The storms started to congeal into a line and I started using radar to pick out where couplets might be, so I drove south out of Holly along highway 89 towards tail end charlie to see what it had in store. 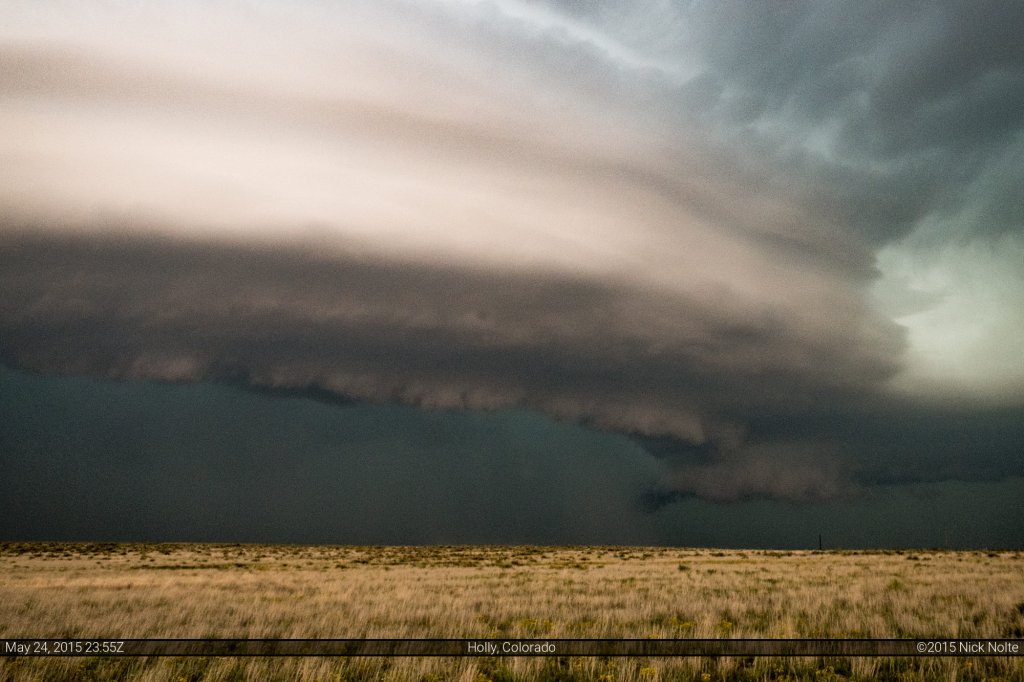 I was hoping to see something beneath that wall cloud, but never really did get a visual on anything. I kept in front of the storm and it did present rather interesting structure. 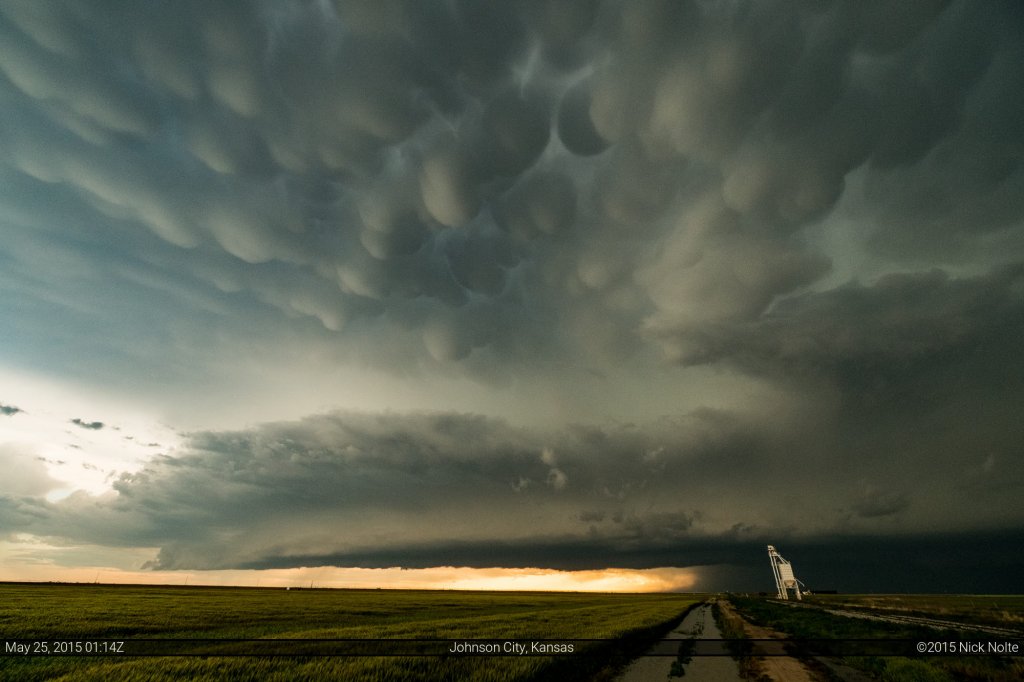 The storms started to line out with a bowing section between US 50 and highway 96. I was staying in Hays for the night so now my mission had changed to avoiding the squall line. As I drove on US 56 towards Dodge City, a new cell developed south of Sublette. This storm moved slowly northeast towards Plains and Meade, but I continued on as it was now dark and I usually do not chase after dark. Just before I arrived in Dodge City, that cell went tornado warned and maintained a tornado warning for a while eventually exhibiting an impressive hook echo and velocity couplet north of Meade around 4z.

I was well on my way to Hays at this point, but reports were coming in of a mile wide wedge shrouded in dense fog. A few chasers got some decent night time video, such as this one from Hank Schyma:

All in all, a decent chase day. Didn’t see any tornadoes, but the storm structure was pretty good and I got to punch a core, so that’s a win in my book 😉 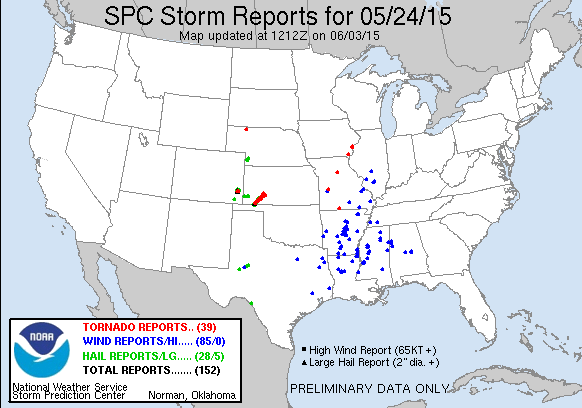