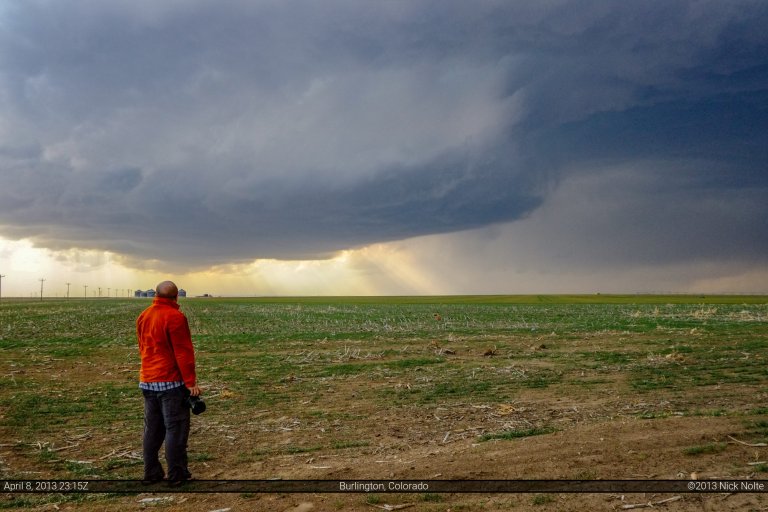 Day 2 of an early season chase started in Great Bend, Kansas after the previous day’s bust. Lee cyclogenesis was expected to occur over eastern Colorado during the late afternoon with a strengthening low level jet in response. Capping presented issues for targets further south along the dryline from southern Kansas into Texas, so the target for the day seemed to be the high plains of western Kansas.

Mesoanalysis was forecasting 500 to 1000 J/Kg of CAPE wrapping around a surface low into eastern Colorado. It’s hard to ignore that much CAPE in that area of the High Plains. Brad Goddard and I left Great Bend around 10am to head west to Scott City where we planned on sitting and waiting. It was there that Rob Hurkes, James Seitz and Nick Scherber met up with us as we had lunch and baked in the sun at a rustic gas station. It was about 3pm when a Cu field started to develop in Eastern Colorado and we made the call to head west as that looked like the play, and it was about to fire.

As we continued west it appeard the cap was going to hold south and that as soon as we got into Colorado we’d have to make a move to the north to get on the good storms. As such, we took US 385 north out of Sheridan Lake and eventually got a really good look at the storm we were after as we left Cheyenne Wells. 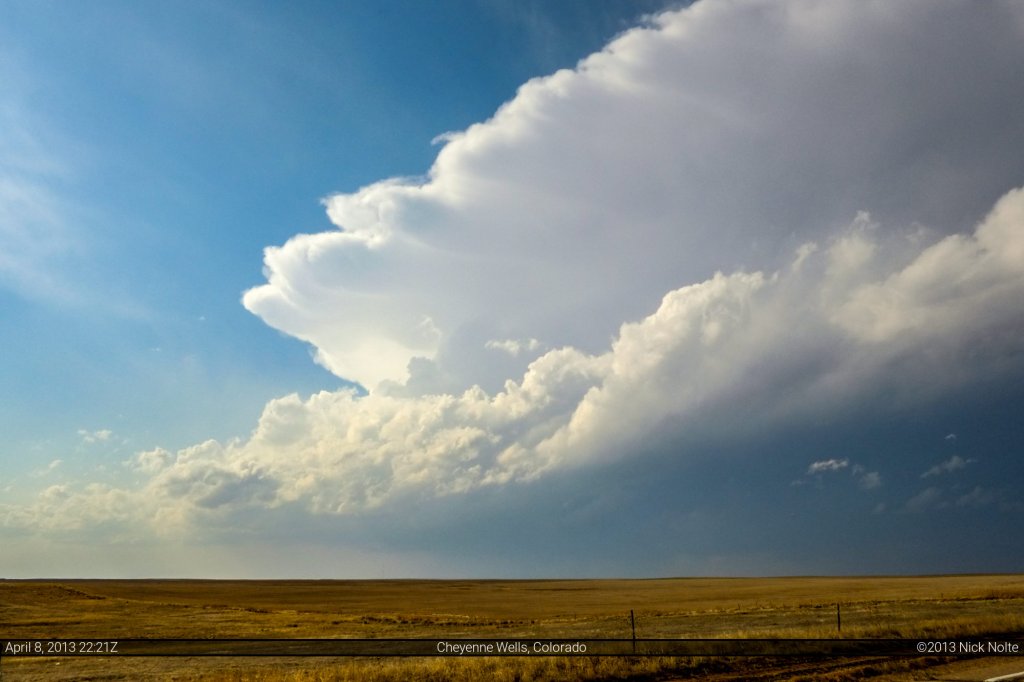 We kept on the pedal north and eventually caught up with our storm near Burlington where we finally had time to get out and observe. 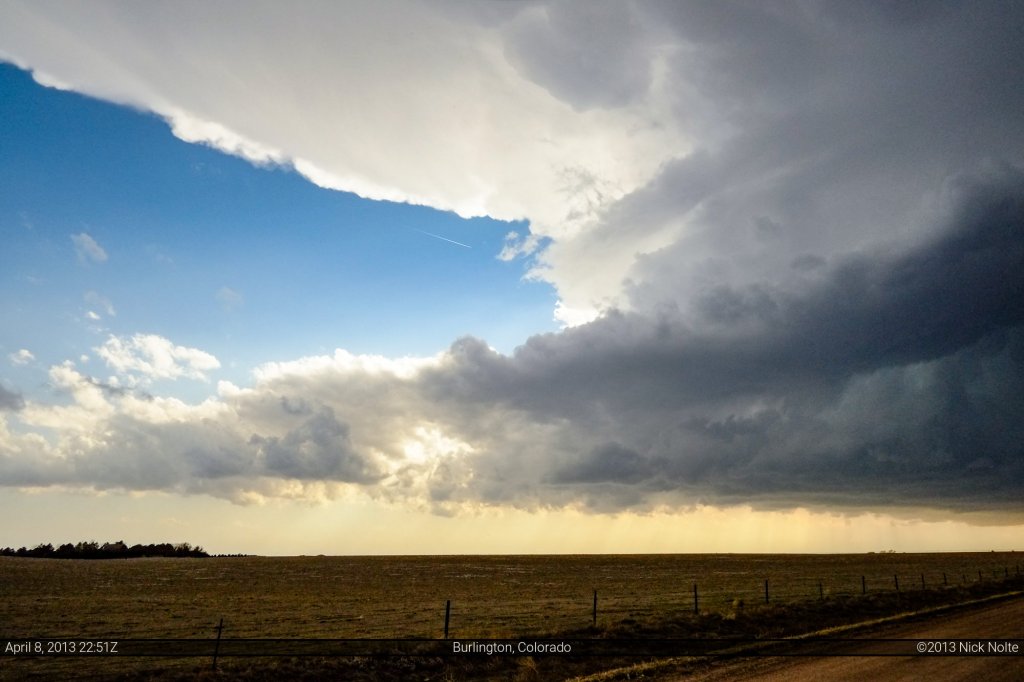 While we were here, I noted a very weird looking horizontal funnel type feature that persisted for a couple of minutes. Had to adjust the contrast to bring it out. 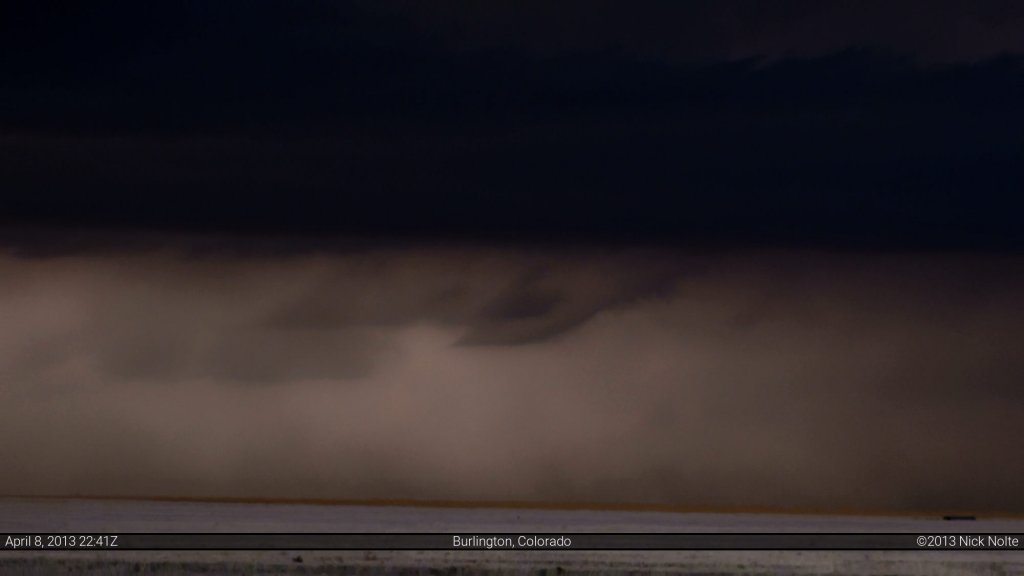 One of the things I’ve started doing recently, is taking photos of the storm with the people I’m chasing with in the foreground. So here’s a couple shots of Brad and Rob taking in the storm 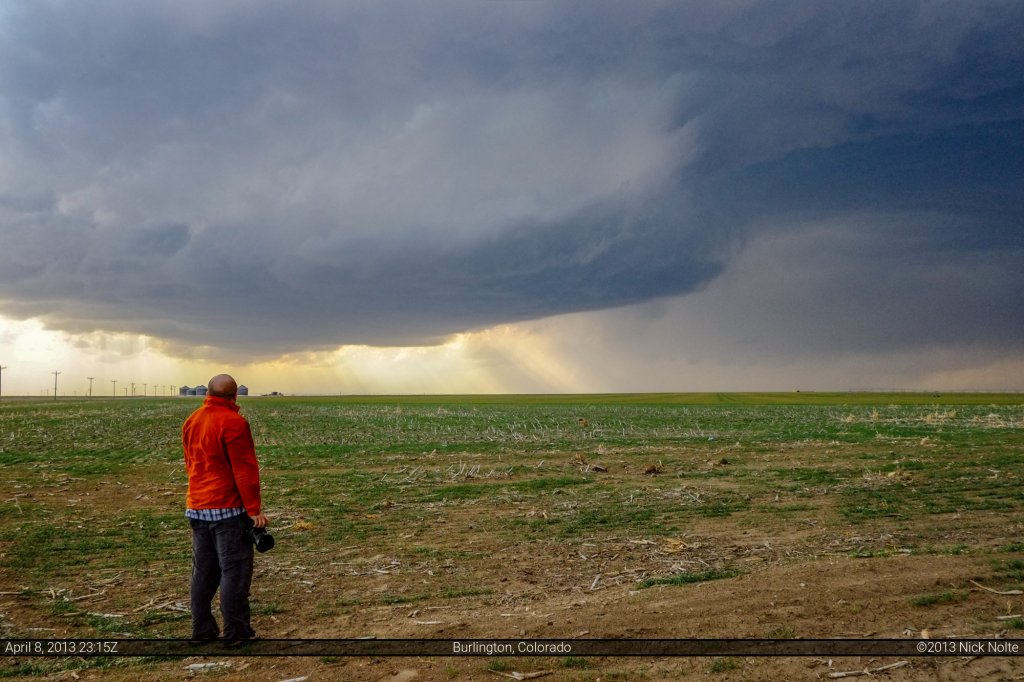 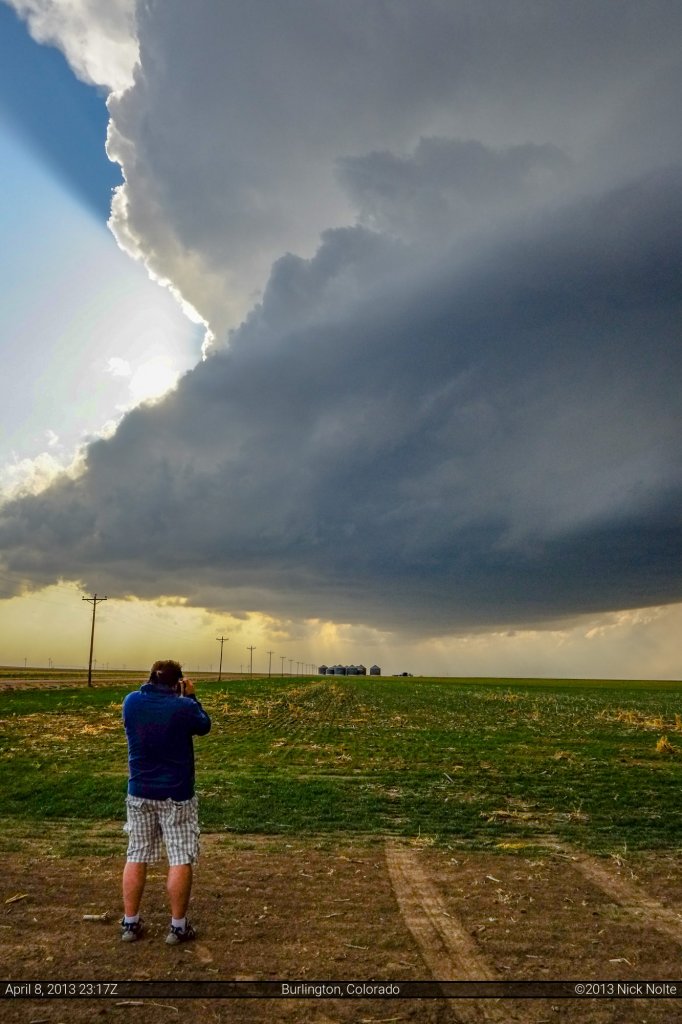 As we continued to track to the storm north along Couty Road 53 we noted that it started to look a bit better organized and that what little there of was a wall cloud may have had some signs of rotation. We stick with it hoping that as the low level jet ramped up, perhaps something would happen.

Eventually at about 6:17pm MDT the storm put down a very brief, very transparent tornado. It had a very landspouty look to it, but there was a nub of a funnel among the rotation in the wall cloud and it was clearly kicking up debris on the ground. 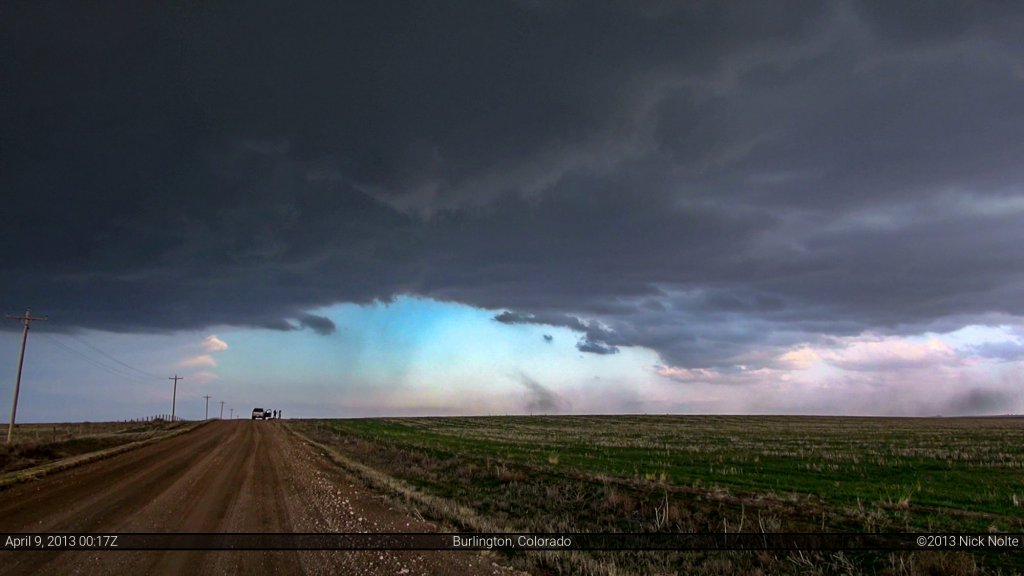 Some people argued it was a landspout, rather than a tornado. While I don’t dispute that there was existing surface vorticity present, the fact that this was right below the rotating meso, sold us on the fact that it was a legit tornado, however dinky it may have been.

Here is the radar presentation at the the time of the tornado, the red dot shows our location just south of the Bonny Reservoir. 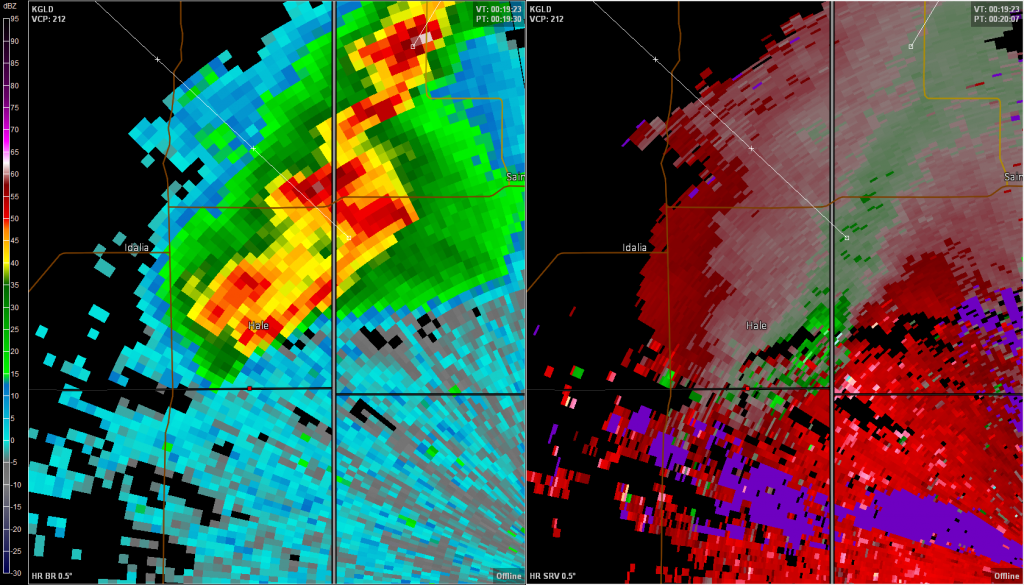 A brief victory for so much driving from Michigan to Colorado. The next two days would prove fruitless, and this would be the only tornado of the trip.