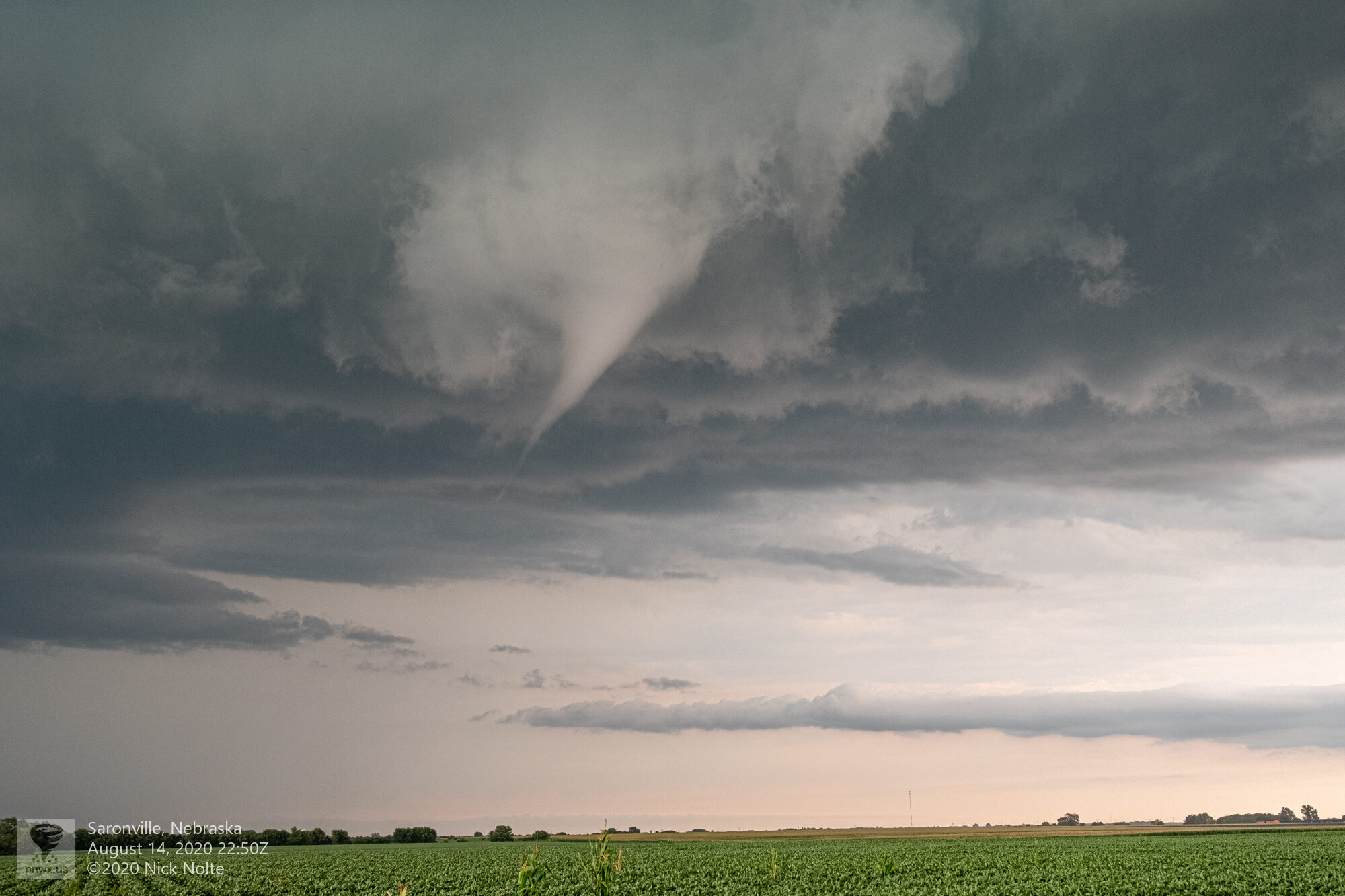 This day was not one that I was particularly paying attention to as it was during a workday and while the SPC had an enhanced risk, that was all the way up in Minnesota with a slight risk trailing back into Kansas. The tornado risk only extended south to Omaha so I figured this day wasn’t going to be chasable since I hadn’t planned on taking the day off.

As the day went on, however, a mesoscale discussion was issued for my area at 20z indicating that scattered storm development was probable along the cold front after 6pm. That meant I’d be able to get out of work and go chase locally which is always a nice surprise, so I took a quick break to dash home and pick up my gear. As my work day ended a large supercell was already in progress just east of Aurora so I hopped in the car and went after it. The radar image showed a very large cell with what appeared to be a hook riding the cold front which was showing up very clearly on radar stretching all the way down to Alma.

Just as I got to the I-80 interchange south of Grand Island a tornado report came in for the cell indicating a brief touchdown. I thought I probably missed the show but continued on anyway. I went south on highway 14 south of Aurora and as I pulled up behind the storm I was surprised to find a new tornado in progress!

I was pretty stoked as this was the first tornado of a really slow year for me as well as the first time since 2012 I managed to snag a tornado after leaving work. I continued to track along with the storm and eventually the tornado dissipated near Eldorado.

I continued to follow the storm into Saronville where the tornado sirens were going off as the storm was still warned and on the south side of town I spotted a new funnel in the clouds.

As it tracked south of town it kicked up a debris cloud at the surface, and although the funnel never fully condensed we had tornado #2 on the day. The debris is easier to see in the video.

There were also reports of hail up to 3″ in size with this storm but I never saw anything that large during the chase, probably because I stayed west of the hook as the storm moved south so I was never near the bear cage or forward flank. At this point the storm and front had passed me to the south so I was now trailing behind. Storms began to back build to the southwest along the frontal boundary so I started stair-stepping in a southwest direction to track new development.

I got back in front of the storm near Superior and it was still showing a nice inflow tail and wall cloud and it would continue to be a hail generator with reports of 4-inch stones coming from Mankato as the storm crossed into Kansas. Eventually it went tornado warned again as it passed over Mankato. I was unable to see any tornadoes from my vantage point but the storm was looking pretty good and the forward flank was looking very formidable.

This would be as far south as I would follow the storm and while it continued south it never did drop any additional tornadoes or any larger hail than it already had.