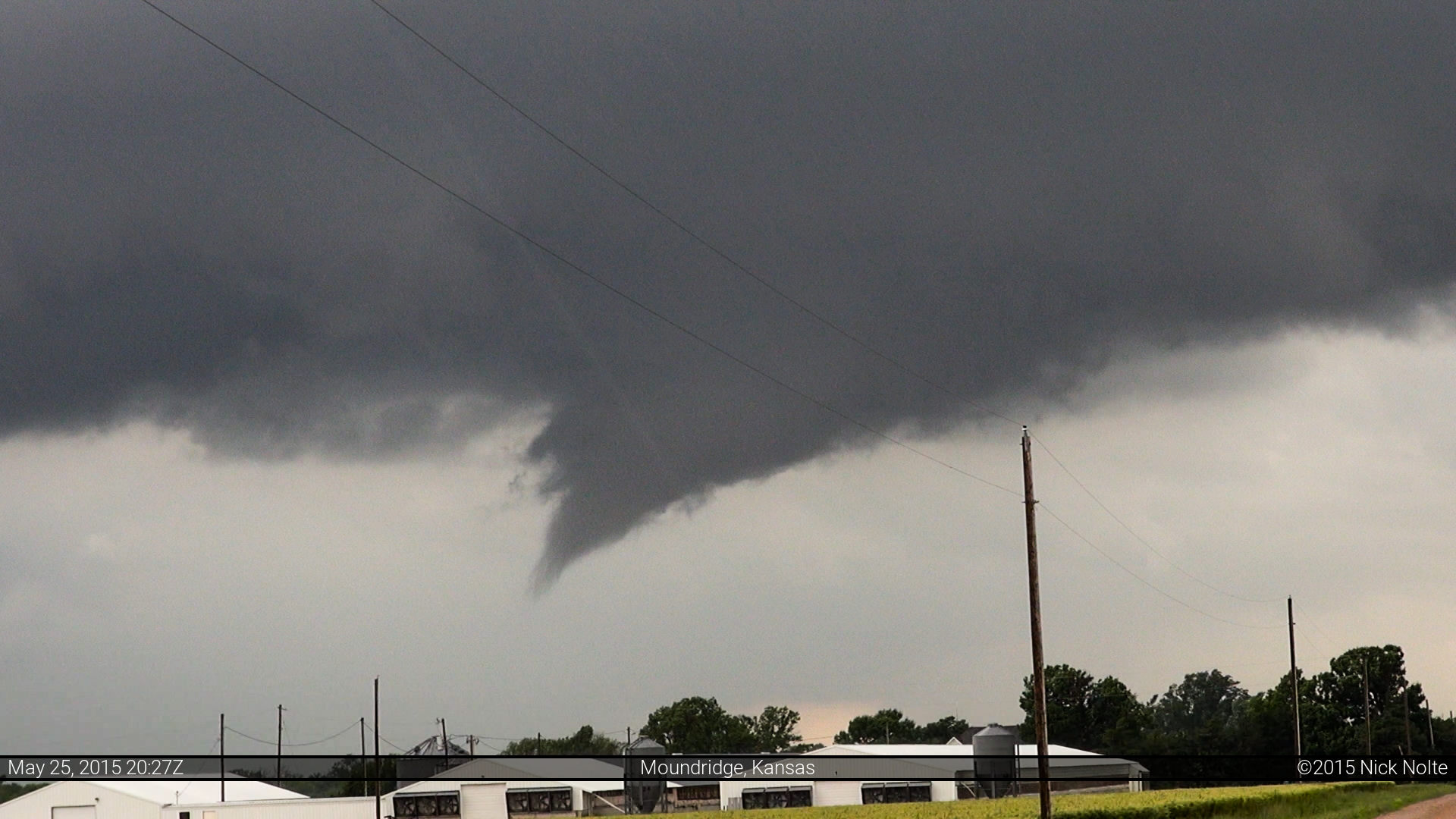 May 25th was the final day of my three day mini chasecation and I had spent the night in Hays expecting a play in Central Kansas. A negatively tilted mid level trough was expected to rotate out of the foothills and into the Missouri Valley while modest meridonal flow of 80-100kts overspread the target areas. The SPC had outlined two risk areas: A moderate risk of severe weather in Eastern Texas as well as a slight risk from Salina to Des Moines along a frontal zone where higher lapse rates were expected to overspread mid to upper 60s surface dewpoints later in the day.

I was targetting the northern play, since Texas would be too far out of reach and I needed to be back home the following evening. With the overnight stay in Hays, I wasn’t in a particular rush in the morning and was preparing to leave Hays shortly after the 1300z SWODY1 update. That update brought an upgrade from enhanced to moderate risk in Eastern Texas while keeping the outlook in my target area relatively unchanged.

I left Hays shortly before 16z and drove east along I-70 to Salina where I hung out for quite a bit while the situation unfolded. The morning storms through northern Kansas had dissipated as they crossed into Missouri rather early and left behind mostly clear skies. A nice cumulus field started to develop around 18z but the cloud shield from the storms raging in Texas and Oklahoma were infringing on the southern portion of my target area and had me concerned that it might dampen the insability.

However, CAPE had grown to 3,500 to 4,000 J/Kg in my area, so I wasn’t too concerned about it, especially with the cap mostly gone by 18z. As forecast a tongue of higher lapse rates, 8.0°C, moved into south central Kansas and I had a feeling that axis might be where storms triggered.

Sure enough, right around 19z a few cells started to go up southwest of Wichita so I started to head that way.

As I started the trek down I-135, SPC issued the mesoscale discussion for Central Kansas indicating a low probability of a watch as weak low level convergence and weak shear would only be marginally supportive of supercell development. As I drove, new cells started to develop closer to me and I pulled off the highway south of McPherson to get onto the gridded road network right at 20z and latched onto the newly developing storm near Moundridge and Hesston.

The storm actually had some really good structure to it, very nicely sculpted updraft base and meso. As I drove along with it north on 27th Avenue it started to wrap up and a funnel began to descend.

The area of interest under the meso continued to spit out little tendrils for the next few minutes, but this was as good as it got. I kept up with the storm to Canton when it merged with a few clusters from the west and I decided to let that storm go and see what the new cells coming up from the south would do. As I drove west towards Lindsborg, the cluster of cells I was moving to intercept went tornado warned as spotters had reported a funnel cloud. From my vantage point a few miles east, I was unable to make anything out.

I drove a bit west to check out the tail end of the cluster of storms and it was dropping buckets of rain on Marquette where the ditches had become raging rivers and many intersections in town were flooded with a foot or more of water. I followed the storm back to Salina without any additional interesting features to note and called the chase there and began the trek home!