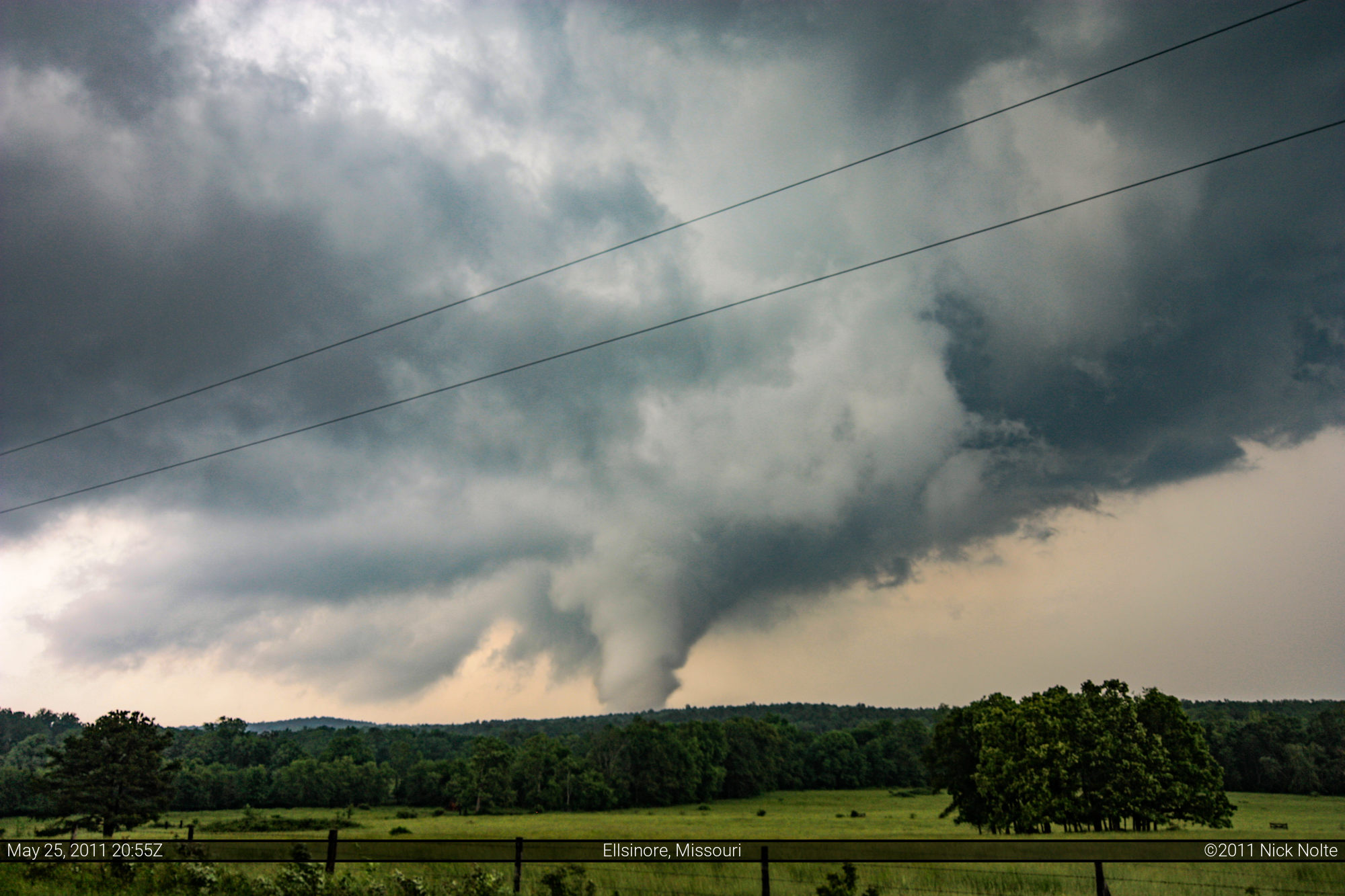 Day 2 of back to back high risks from the SPC.  After our bust in Oklahoma the previous day, I was solo this day.  I awoke in Springfield, Missouri and my early morning forecast dictated that I needed to move east a bit.  Winona, MO was my original target as it had several road options.

Storms were already firing ahead of the front as I drove east on US-60.  I figured with quick storm motions I would need to get east to give any discrete cells time to develop.  After sitting in Winona for a bit I decided to head north to Salem to attempt to get a look at a tornado warned cell in that vicinity.  As I approached town the cells to the north had started to become less discrete.  It was at this time I decided to head back south to a better environment and where cells that were firing were remaining separate.

Traveling south on 21 the cell that would eventually drop the Ellsinore tornado went tornado warned.  I attempted to get into position to view the base of the storm using various county roads, but the vast amount of hills and trees made it nearly impossible to see beneath the storm.  Eventually I came upon a hill that gave me a view of the wall cloud, but I could still not see beneath it.

It was clear the wall cloud looked pretty good, so I moved closer to the storm in hopes I would be able to get a visual.  As I lumbered west through the forest on State Highway K towards the storm, eventually I came around a curve where a farm was and a vast clearing finally gave me a look, and wouldn’t you know it, there was a tornado in progress.