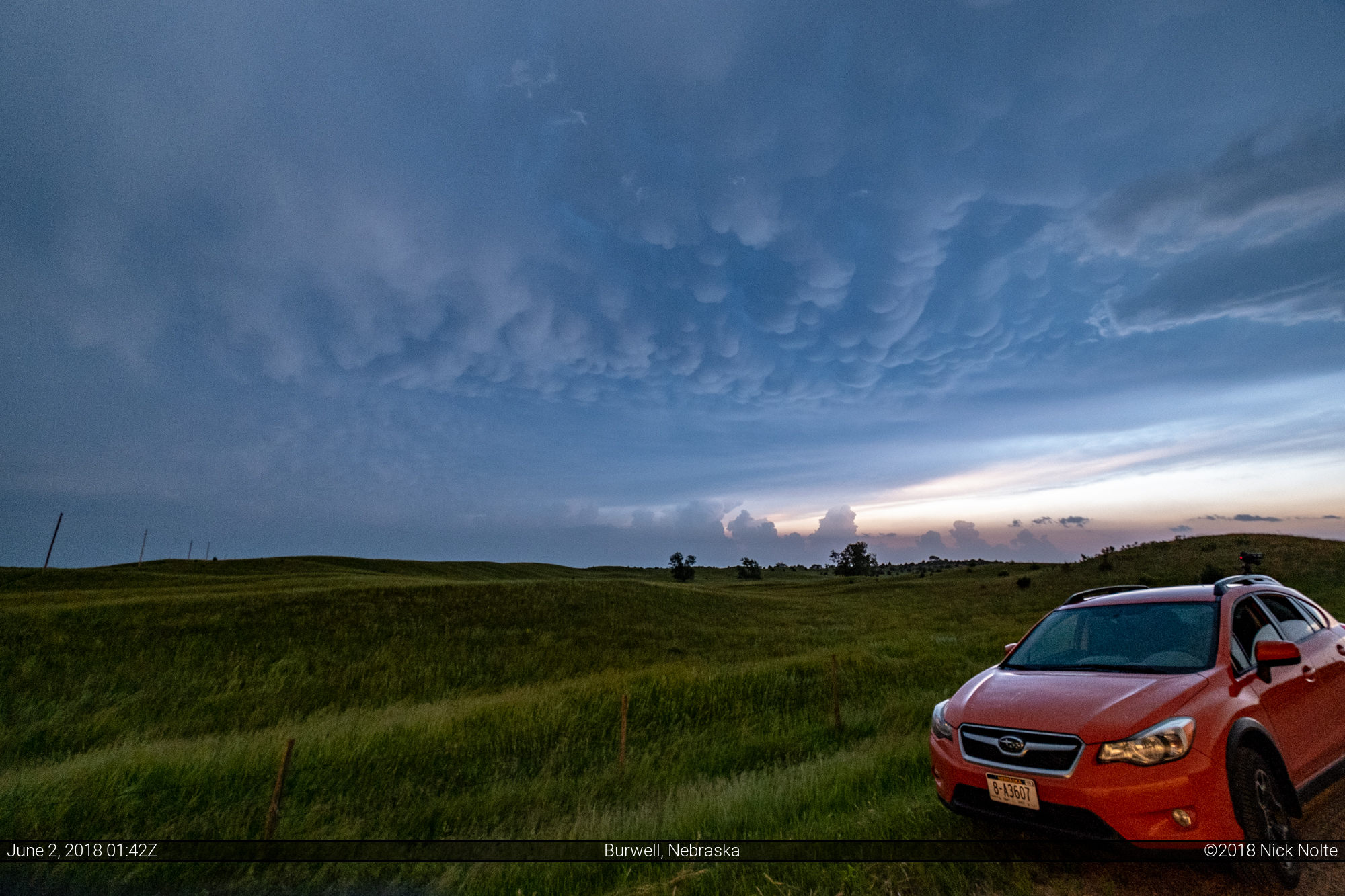 June 1 was the first day of my 2018 chasecation which I had scheduled for the 6/1 through 6/10 period. It was looking like the first decent shot for significant severe weather since the first part of May. SPC had issued an enhanced risk which they upgraded to moderate at the 1630z update, mostly for wind and hail, while the tornado probabilities remained at 5%.

At the surface, lee cyclogenesis was forecast to take place in southeast Colorado and drift northeast. Dewpoints reaching the low 70°s dewpoints were expected to reach into southern Nebraska with upper 60°s into the sandhills bringing CAPE values over 5,000 J/Kg. My plan was to head up towards Valentine to sit and watch.

I left Grand Island shortly after 14z and arrived in Valentine just after 18z. The first storms began to go up just before 20z west of the US 83 corridor.

Decent start to the day as some discrete cells started to develop around the Valentine area. Meanwhile, the SPC had issued a mesoscale discussion for the area expecting rapid development of thunderstorms as the cap was weakening quickly. I decided to head back east on US 20 towards Ainsworth to get out of the sandhills and back into some semblance of a road grid.

As the day progressed the line started to unzip south so I bailed from the north storms and went south on highway 7 out of Ainsworth. This might have been a bad decision as I had no cell data for the majority of the trek down to Brewster so really had no idea if I had left something great or if something was developing somewhere else. Eventually getting signal back around 22z I could see new cells developing between Brewster and Anselmo. I parked east of Anselmo to watch the development.

These storms continued to struggle, but I just kept following them to the east as they were going towards US 281 which was my road home.

All in all, a pretty interesting day that didn’t quite live up to expectations. I drove home for the night with the expectation to head to New Mexico for June 3rd.