May 26th and 27th looked like a couple of opportunities for some storm chasing in the High Plains. The 26th looked like a decent upslope shot in Eastern Colorado while the following day looked much more potent, but looked like it could transpire across unfavorable chasing terrain in Eastern Kansas, Northeast Oklahoma and Southern Missouri.

The 26th featured a moist upslope regime into southeastern Wyoming and northeastern Colorado as dewpoints were forecast to edge towards the 50°F mark. I met up with Brad Goddard in Kearney shortly after departing Grand Island around 13z. We debated whether or not to head down 76 or 80 as we were torn between the Wyoming play and the Colorado play.

HRRR kept showing two updraft helicity signals, a longer one in Wyoming into the Nebraska Panhandle while a stronger one was more evident between I-76 and I-70 in Colorado. As we approached the I-76/80 split west of Ogallala, our decision was made as Cheyenne was reporting 37°F dewpoints while eastern Colorado was in the mid 40s. We took I-76 into Colorado towards Brush then south to Last Chance. We moseyed a bit west from there and found a nice spot just east of Byers to watch the cells beginning to percolate off the mountains.

Initially a mess of cells tracked eastward but eventually they congealed into one organized storm around 22z. As we tracked the storm east we ran into fellow chasers Skip Talbot, Jennifer Brindley, and Anton and Tracy Siemon.

We continued to track the storm east and it finally started to look really interesting as it drifted north of Last Chance and the radar presentation also improved. 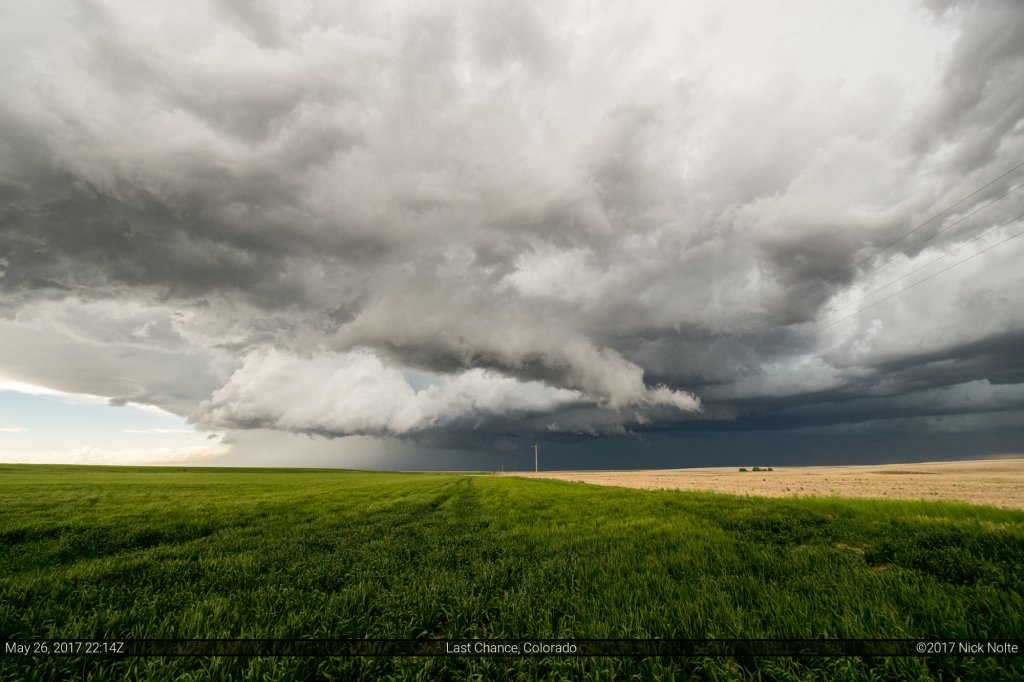 It looked like the storm was going to wrap up and perhaps produce a tornado right here. Alas, that was probably as good as the storm would look for the rest of the evening. There were a couple reports of a swirl on the ground with no condensation funnel around this time, but we didn’t see anything from our vantage point.

We continued to track the storm until about 1z where we called the chase and made the dash to Colby, Kansas for the night to prepare for the following day. 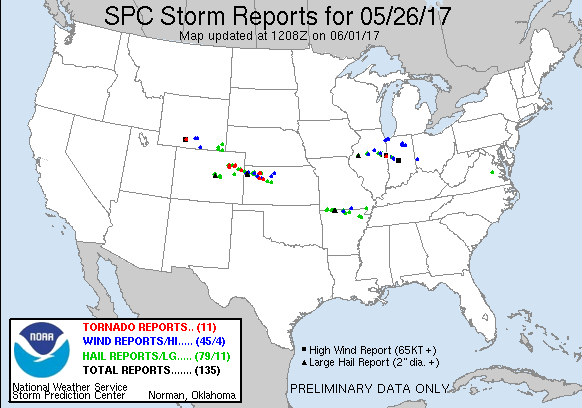