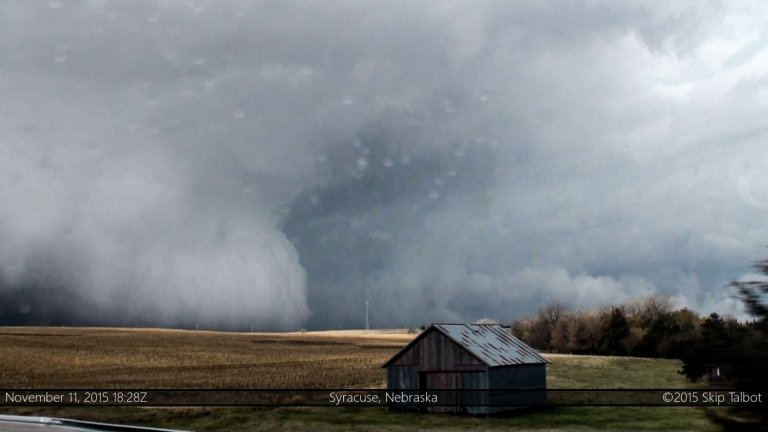 November 11th presented an opportunity for the first chase in a while. A powerful system with a 120kt 500mb jet was moving into the Central Plains atop a deepening surface low that was going to pull 60 degree dewpoints into the target area. Coupled with a strong low level jet in the 60-70kt area provided more than adequate shear atop marginal to modest instability through southern Iowa and Northern Missouri.

SPC had an enhanced risk across southern Iowa and northern Missouri into western Illinois, but I was more interested in earlier, isolated convection that I expected to fire on the western edge of the marginal risk area, so I needed to get further west than the SPC outlook suggested. I left Michigan the night before and drove to Cameron, Missouri where I spent the night. Expecting early convection as far west as Lincoln, Nebraska I left Cameron around 15z and headed up I-29 towards Rock Port. There I met up with fellow chaser Skip Talbot who I am indebted to for allowing me to tag along. I had no Verizon data, and as such I would have been flying blind in the convective mess that would develop later in the day across southern Iowa.

Skip had found a really nice view overlooking the Missouri River flood plain, unfortunately convection was already firing south of Lincoln and we would not be hanging out here long.

We began to head west into Nebraska on highway 67 through Auburn and finally got into position to get a visual on one of the storms north of Sterling right at 18z. We pulled off on a dirt road to watch the storm approach us and a huge bank of fog in front of the storm obscured any visual on the base. As the meso approached our position we were blasted by cold outflow and bailed east.

As we scrambled east and north towards Syracuse the storm went tornado warned for a weak couplet. We never saw anything from out position as the storm moved north away from us with a ground scraping RFD front obscuring our visual into the inflow notch. 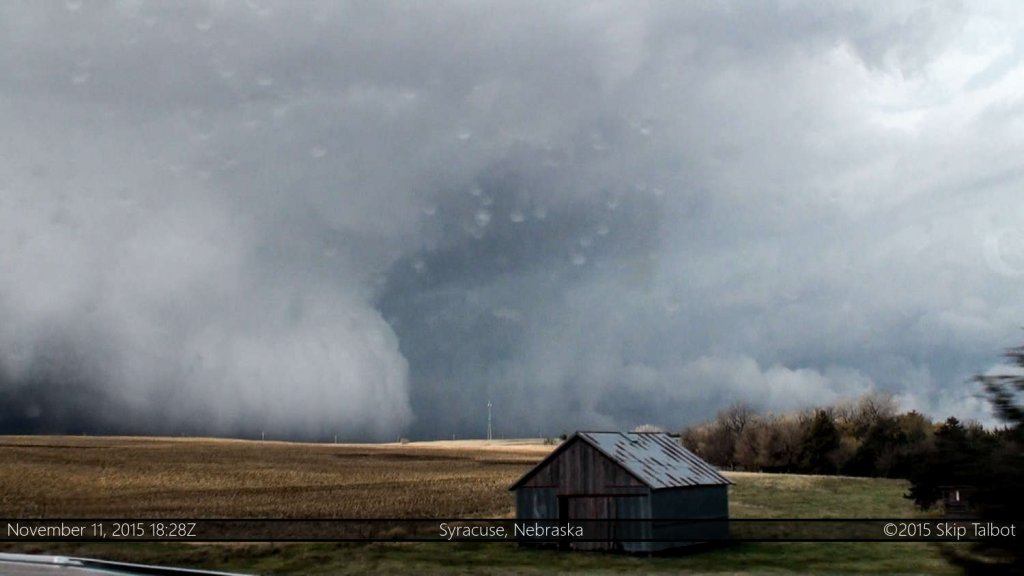 Eventually other storms went up along the line and started interfering with our storm so we bailed east and crossed the Missouri River back into Iowa. As a couple lines of storms continued to race off to the north we started driving along highway 2 across southern Iowa hoping to make a play on storms coming up out of Missouri. Continually driving in rain, we just tried to stay with the line as it advanced across Iowa.

As we approached Mount Ayr a cone funnel appeared to cross the highway in front of us and move quickly off to the north. Not sure what I was seeing, I grabbed the camcorder and recorded what I could in the low contrast environment.

Unfortunately that was the best shot I could pull out of my video. Skip had a much better shot of it from a minute or two earlier than this where it is much clearer and even shows a debris cloud. We continued east along highway 2 and eventually a new tornado warning was issued for a storm coming out of Missouri towards Promise City. I was still without data, so was following Skip who was navigating us behind a radar indicated couplet to attempt to get some kind of view.

As the storm pulled away from us to the northeast it dropped an EF-2 tornado that traced a path across Rathburn Lake between Confidence and Albia. We never had visual on this tornado as we were 15 minutes behind as it was occurring. While numerous tornado warnings were issued as the storms congealed into a well defined line, we called the chase in Ottumwa.

Heading home from Ottumwa, it took me about 230 miles to catch up and get back in front of the line of storms that was now racing its way across Illinois. It wasn’t until Ottawa, IL where I finally emerged into clear air, and it was easy driving rest of the way. 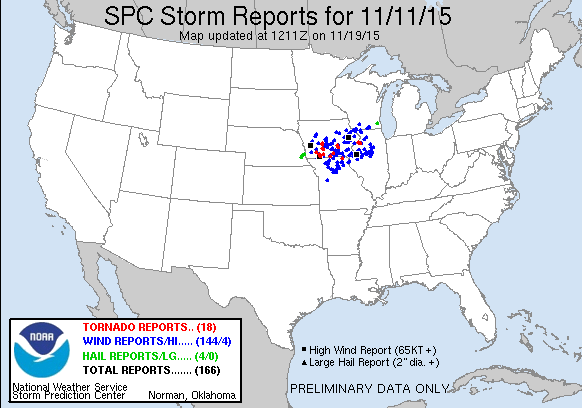