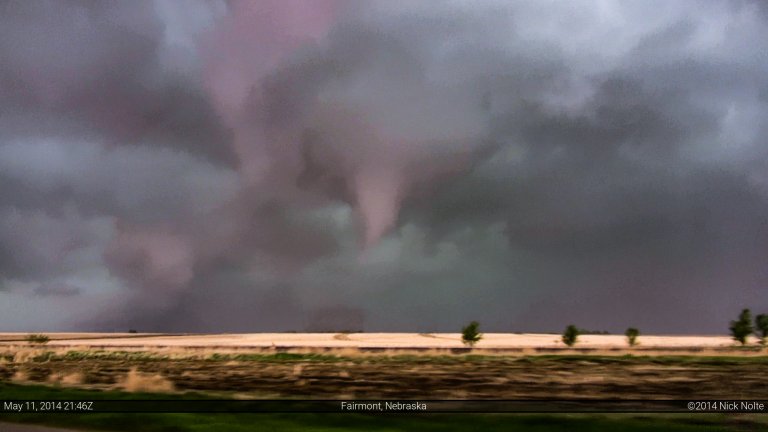 A stretched surface low in place from Texas to Nebraska with an associated warm front extending through eastern Nebraska into Iowa. A dry line extended south through western Kansas, Oklahoma and Texas. Dew points in the mid to upper 60s were expected to wrap around into the triple point while surface winds in that area were forecast to be SSE to SE at 20 knots. The target for the day was the triple point area so the plan was to sit in Beatrice and await initiation.

The Storm Prediction Center had issued a Moderate risk for the target area, including a 10% hatched tornado risk. I had ventured from Michigan the prior day and spent the night in Davenport which meant I awoke with a 6 hour drive ahead of me before arriving in the target area. I hit I-80 west just after 13z and arrived in Beatrice six hours later at 19z. On the way there, SPC put out the first mesoscale discussion of the day indicating a very high likelihood that a tornado watch was about to be issued, also mentioning strongly veered wind profiles that would be conducive for tornadic activity.

A Cumulus field had already started to develop in southeastern Nebraska and I didn’t have to wait long for initiation to occur as within minutes of arriving in Beatrice, towering cumulus began to explode further west near the Hastings radar at about 1930z. The tornado watch was issued almost simultaneously with initiation. I was about 75 miles east of where initiation was occurring so I began the drive west with northward jogs hoping to intercept the storm near Sutton.  The storm started to show classic supercell signatures as it passed over the KUEX radar. At about 2050z, velocity signatures, as well as a very pronounced hook echo, started to indicate a possible tornado in progress near Clay Center. 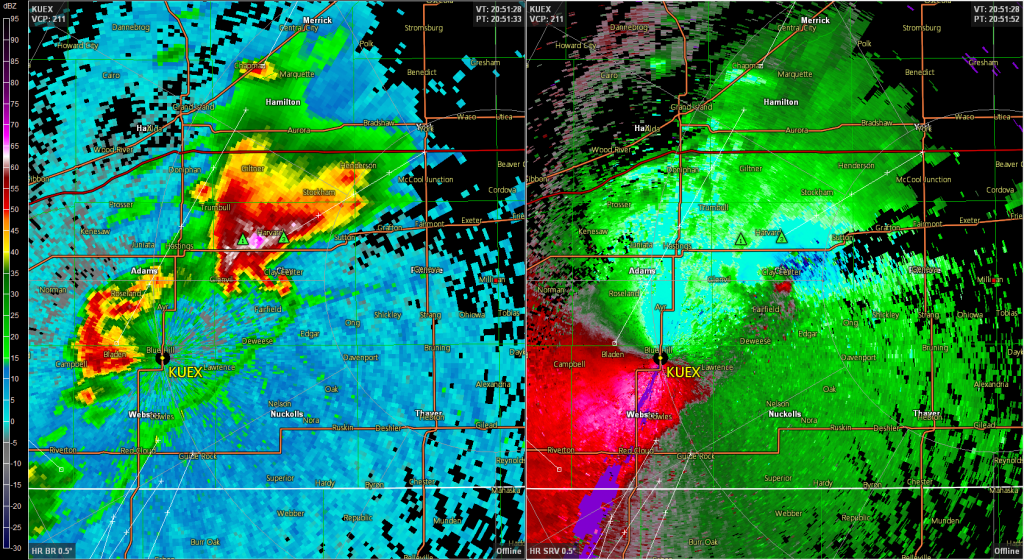 I was still 20 miles out but the storm was in view as I continued on towards Sutton to begin the intercept. I parked myself just east of Sutton shortly after 21z and got a good view of the storm, but the base was very low and difficult to make out. The radar indicated the hook echo was either immediately north of the boundary, or just on it, so I wasn’t sure if the storm was rooted or not.  As the storm moved closer and velocities ramped up I finally got a visual of the tornado in progress.

I wasn’t able to hang out long as the storm began to encroach on my position and I had to bail east. Navigating the road grid back to Highway 6 east of Grafton I never did catch sight of the Sutton tornado again. While I carried on east, another tornado was in progress to my north between Grafton and Fairmont, but I was never able to get a visual on this. After passing through Fairmont, I did catch a shot of the short lived EF-1 that began just north of town and lifted northwest of Exeter. 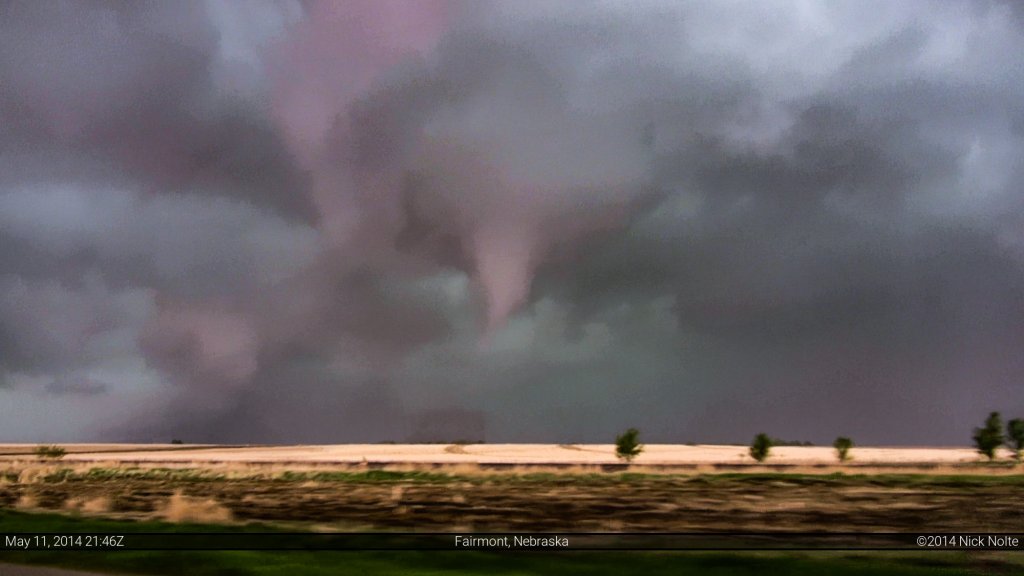 This tornado only lasted a few minutes and dissipated shortly after this photo. I continued east on Highway 6 to Friend where I jogged north to try and poke into the inflow notch. This storm was very high precipitation and the only way to get visuals inside the storm was to get into the notch. I never did see any other tornadoes after this as I zig-zagged my way up to I-80 west of Lincoln.

I stopped again for observation at the intersection of US 34 and I-80 to take a look at the HP cell to the northwest. Survey reports indicate a tornado or two were going on to the northwest at this time in the direction of the photo below, but it’s anyone’s guess if that’s the edge of a tornado or a wall cloud in the photo. 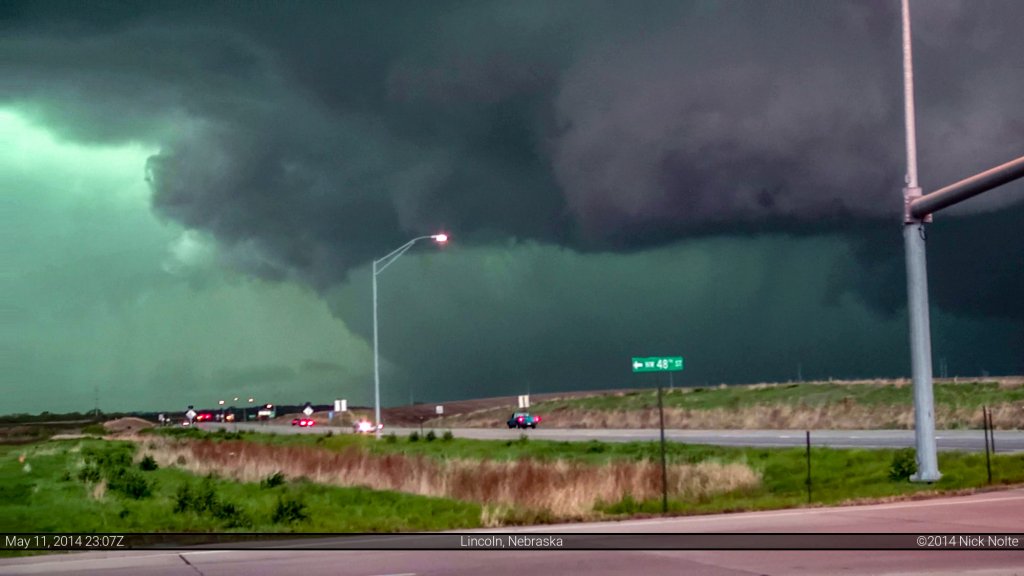 L.B. and his father pulled up at this intersection and we talked for a little bit before I took off and followed the storm for a bit longer, mostly parallel to I-80 between Waverly and Ashland before I called the chase a few minutes before 0z and began the trek home.

This was my first chase of the season, capturing a couple looks at some grungy tornadoes. Nothing photogenic on the day, but a success nevertheless. The main storm of the day was very interesting. Looking back at radar animations of the cell, it appears the storm may never completely rooted to the boundary that was in play. The hook would descend from the storm and seem to pull the boundary up temporarily, at which time the storm would ramp up a bit. Then the hook would roll back towards the forward flank and pull away to the north of the boundary. It seemed to bounce back and forth and could never really ingest the potent air for an extended period of time.

Hastings surveyed eight tornadoes from the primary cell, of which the two I witnessed near Sutton and Fairmont were rated EF-3 and EF-1, respectively. 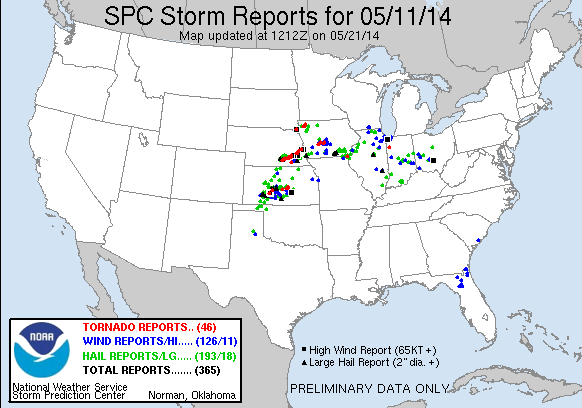 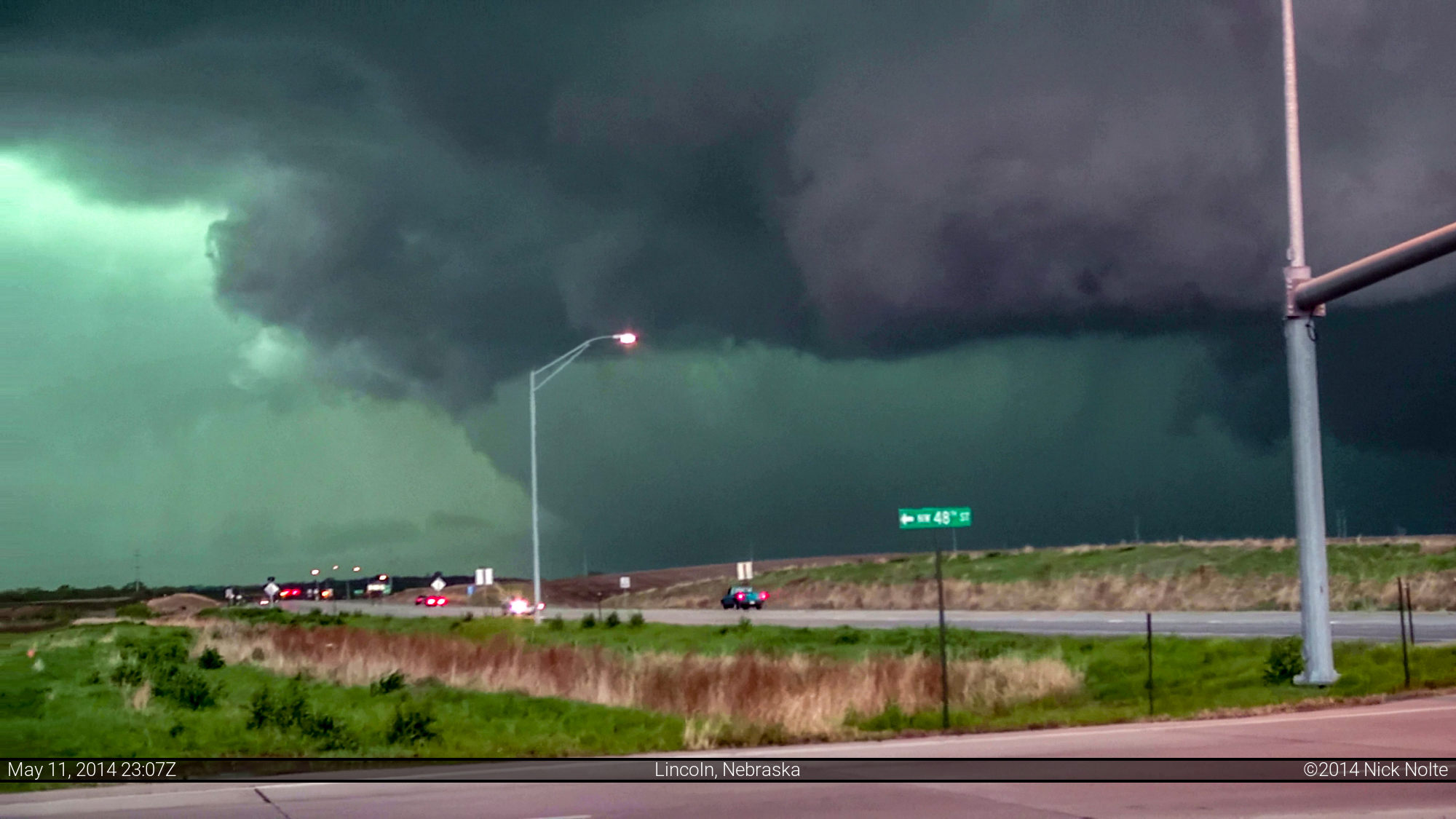