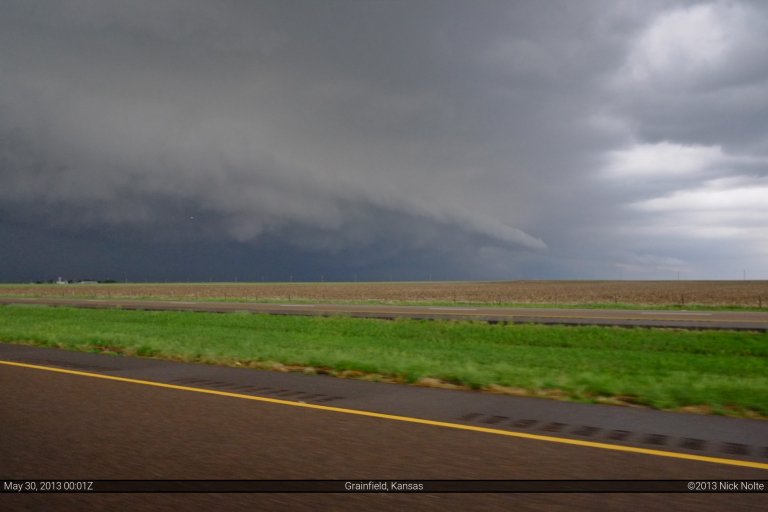 The 29th through 31st was a decent looking setup, enough to draw me out from Michigan into the Plains for a go. A negatively tilted trough positioned over the high plains was expected to eject out across the Plains for the next few days. Stronger bands of H5 winds were expected along the dryline from southwestern Nebraska into western Oklahoma. A strengthening surface low in southwest Kansas would help back winds across the warm sector and in the vicinity of the dryline. A nocturnal low level jet was progged to strengthen and would cause increased tornadic potential for any storms that could push off the dryline.

I left Michigan the night before to head down and spent the night in Cameron, Missouri. My original target for the day was Greensburg, Kansas and, as such, I got on the road early, around 8, to begin the trek down I-35. Somewhere southwest of Emporia, Skip Talbot and Jennifer Brindley passed me on the Turnpike and we met up in Pratt to chase together for the day. Scattered storms were already ongoing near Goodland and cells were trying to go up west of Garden City but they were having a tough time getting going. This was probably due to a relatively decent inversion just below 700mb in that area which was present on the Dodge City 0z sounding. 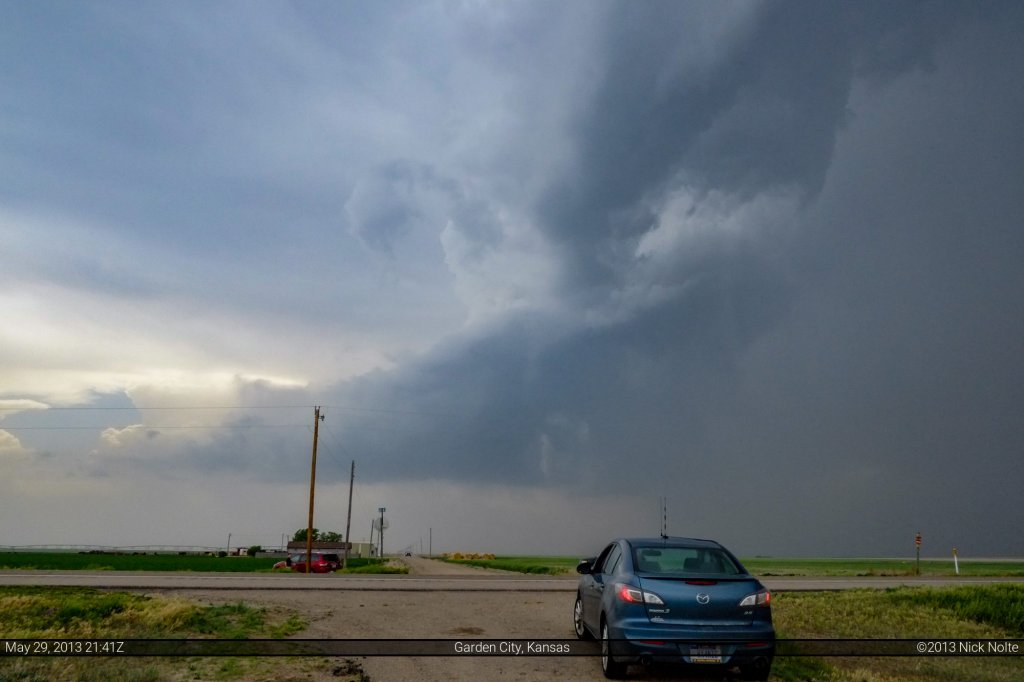 We eventually decided that the cap was going to keep a lid on stuff before sunset in southwest Kansas, so we headed north out of Garden City to catch the tail end of the cells developing to the north. As we passed Scott City a cell had developed behind us so we went east to Dighton to keep an eye on it, but it fizzled out rather swiftly. So we diverted our attention to the cell to our north which was out in front of the now congealing line to our west. We eventually caught up with the cell north of I-70 near Hoxie.

After sitting here shooting time lapse of the cell as it died and noticing the cells to the west had congealed into a line, we were on the verge of calling it a day. However, on our way back to I-70 a kink in the line went tornado warned and a report from Mike Scantlin of a funnel near Oakley prompted us to head west to get a closer look.

While the storm looked pretty good, visually, we did not see any funnels. We turned around at the next exit and blasted back east to get some distance ahead of the line. We returned north towards Hoxie where we sat and let the line overtake us, which turned out to be a rather intense experience

After letting that overtake us, we headed back towards Dodge City to call it a night. This proved to be a bit more difficult than we anticipated as the squall line we just let hit us was now stationary along our south highway.

So we drove to Dighton in strong cross winds and torrential rains until we stopped at a gas station and decided to bail east to get in front of the line. Flash flooding was occurring in Dighton which made it tricky travel for my little car, but we made it out of the rain and continued on to Dodge City where we met up with David Mayhew and enjoyed a nice dinner at Central Station before calling it a night. The next morning we probably would have wished we drove further south before calling it a night. 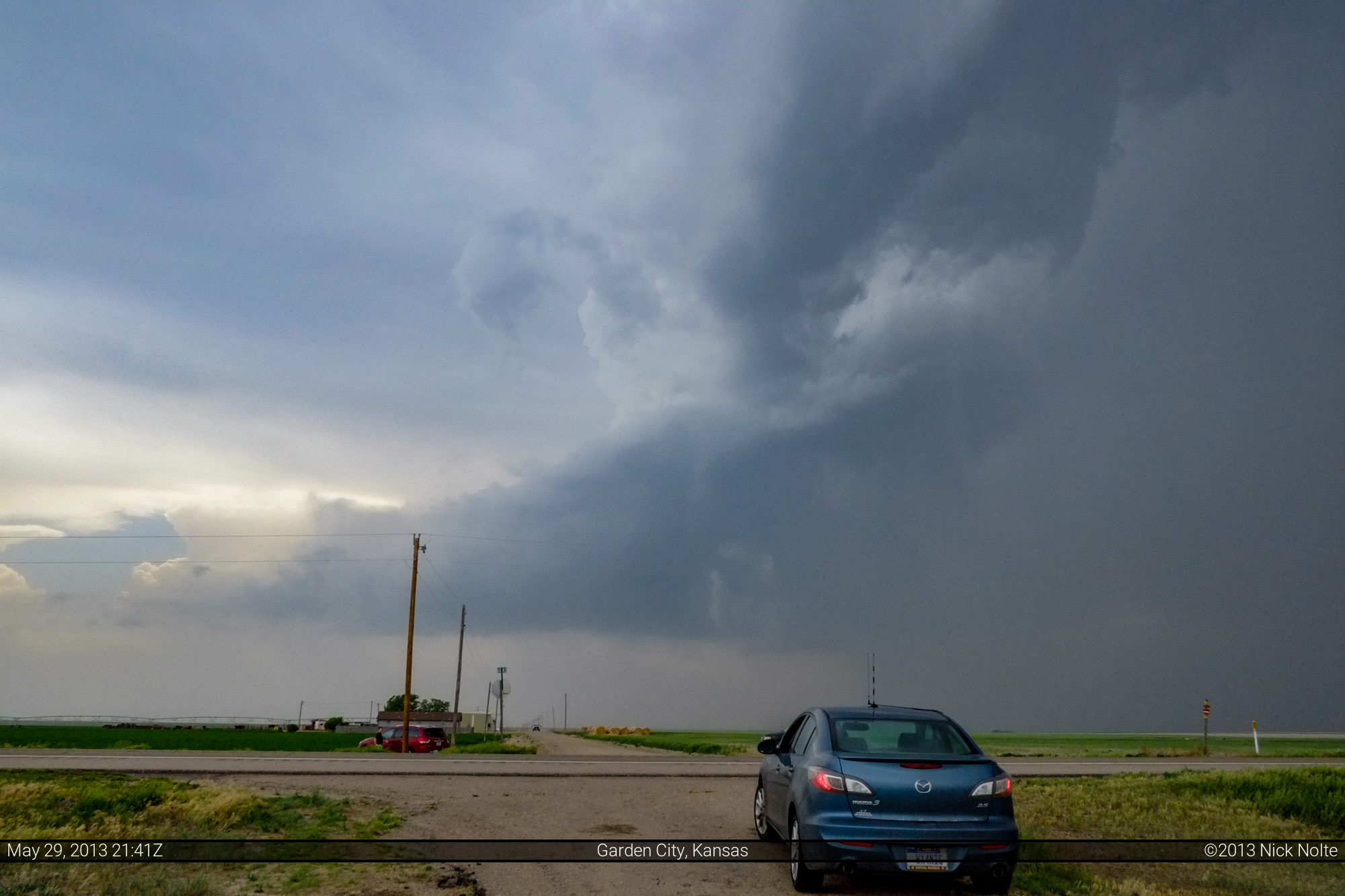