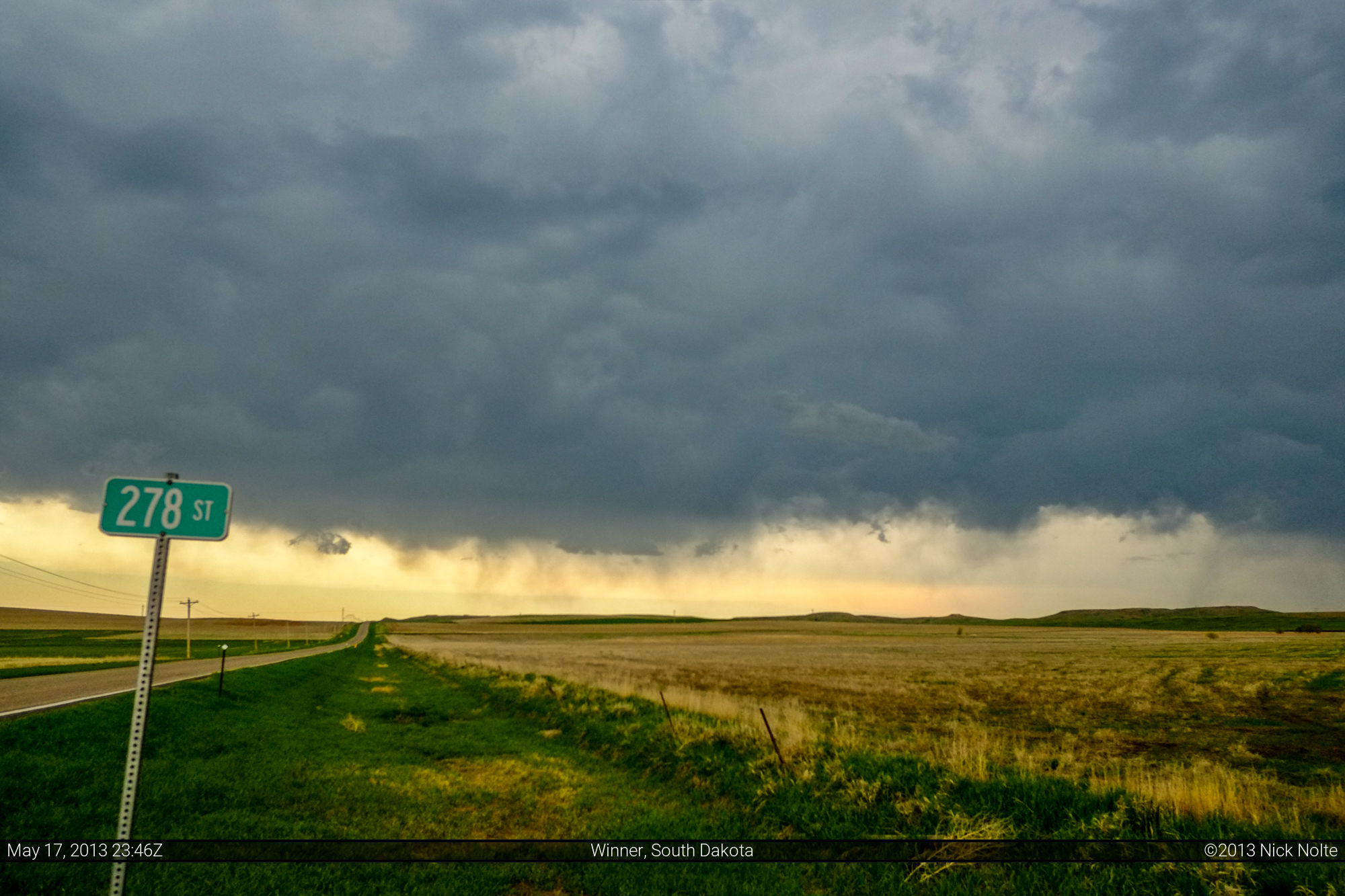 The 17th was day 1 of a 4 day chase excursion. A broad upper trough was working its way onshore across the western states and this was the first day its influence could be felt in the Plains. I had driven out from Michigan the day before and spent the night in Sioux Falls, SD. The plan was to play south-central South Dakota for the slight opportunity at supercells and maybe a tornado.

I met up with Jonathan Williamson, Jeremy Degenhart and Alec Scholten in the morning at the hotel and we had breakfast and headed out west towards Murdo shortly before 11am. We got to Murdo around 1:30 and sat around for a couple of hours waiting for something to popup on visible satellite. Dewpoints were starting to push into the mid 60s, so we were feeling reasonably confident something would happen. Shortly before 21z a Cu field started to develop on the border so we headed south to the edge of the Indian Reservation north of Mission to watch.

Eventually we decided to head east to Jordan Junction to watch the storms roll in our direction where the road network was a bit better than on the reservation. A measly storm attempted to get organized but was struggling.

After we let the line overtake us we headed back west and south to Valentine where we spent a good 30 minutes trying to eat at McDonald’s where the most inefficient staff was working that night. Eventually we got our chase food and continued south to North Platte where we stayed for the night.