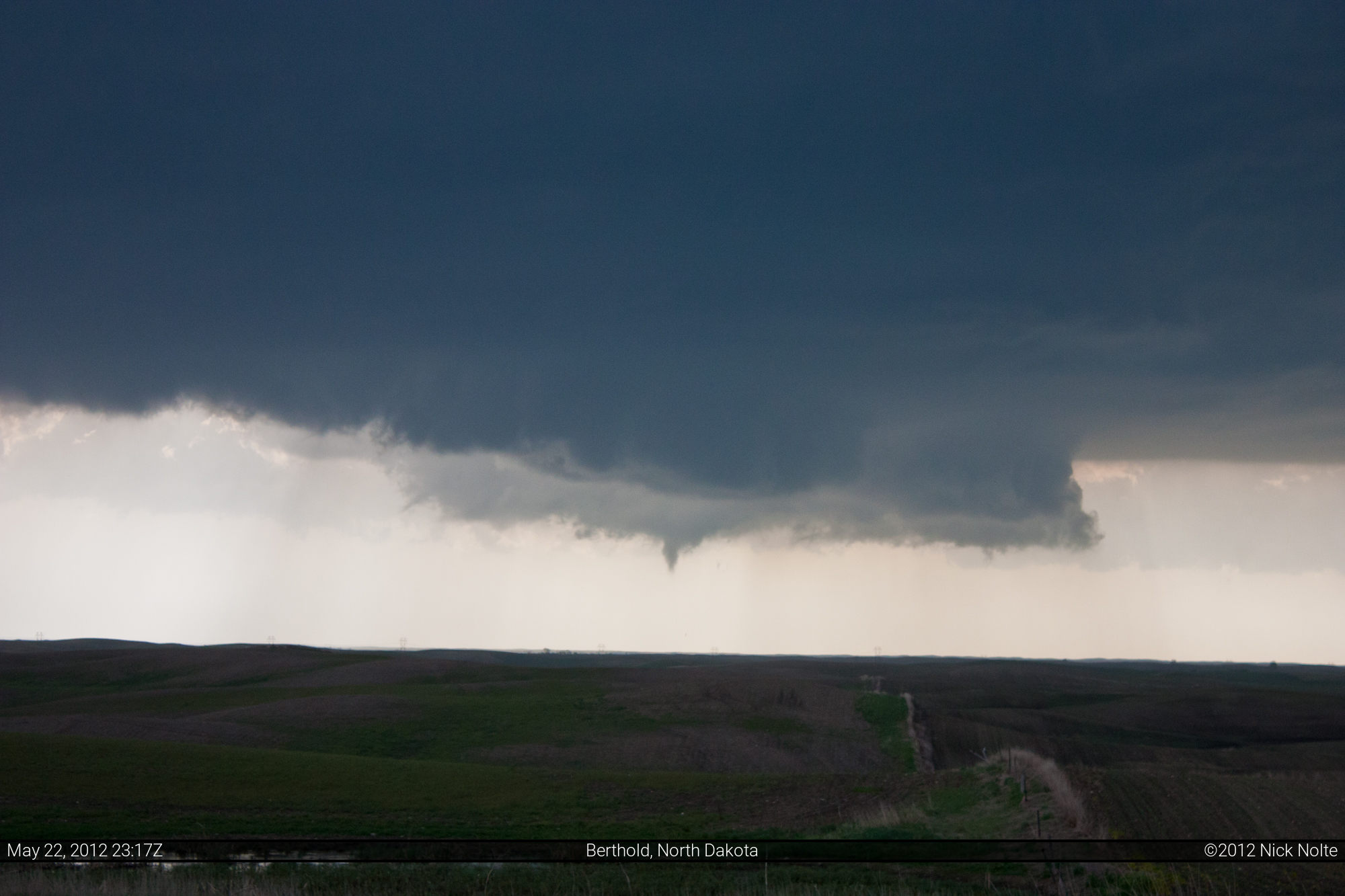 I had originally planned to do a mini chasecation starting on the 23rd, but when parameters starting looking slightly decent I added the 22nd to the front end of the vacation. The only problem was, I had to work the 21st, so would I be able to get to North Dakota in time for the show? I left home at about 6pm EDT and started the long trek westward. I arrived in Fargo, ND shortly after 8am CDT where I met up with Jennifer Brindley and Jonathan Williamson for some breakfast. The original plan, for me, was to sit in Bismarck as a target area. We finished breakfast and headed to Bismarck to formulate our next move!

Originally it had looked like north of Bismarck would be a decent target, but as the day unfolded it started to become clearer that the triple point might be the only play.

The cap was still holding strong across much of area with a slight weakening trend right near the low. Other parameters indicated a similar situation with the 0-1km EHI lighting up right next to the triple point.

So, once we got to Bismarck we decided we needed to go northwest, so we made our way towards Minot. Once we arrived there, it looked like we would need to be even further northwest, so we hit the road to Carpio where we found a nice intersection near a radio tower to sit and watch. We watched as cumulus clouds bubbled to our west and eventually one showed up on our radar as a tiny green blip. We watched as the returns built on this storm and eventually became significant enough that we decided to go after it.

We went south out of Carpio then west out of Berthold where we finally got a great view of the storm and it had a decent wall cloud on it, but it appeared to be cycling and developing a new wall cloud. Eventually, the new wall became pretty nicely defined.

Eventually it tightened up a bit more and a funnel descended from the cloud.

At the time, we figured it was just a funnel, but a Facebook post later in the day by Tim Marshall confirmed that it was on the ground, and therefore a tornado. This prompted Jenn to go back and check her photos, and sure enough she got a zoomed in shot with a debris cloud on the ground. You can read her recount of the day here: http://faceofastorm.blogspot.com/2012/05/carpio-north-dakota-tornado-5222012.html

We followed the storm for a bit longer hoping it would cycle again, but it never did. It did, however, spin up a brief gustnado just east of Maxbass.

We followed the storm up to Westhope, just a mere 12 miles from Canada where we parked on a dirt road and watched it float away. So, the nearly 1,700 mile marathon drive from Michigan paid off as I managed to squeeze a tornado and a gustnado out of the day. We high-tailed it back to Minot where we all went our separate ways. My plan was to get a room in Bismarck, but when I got there, every hotel I checked was booked. So, begrudgingly, I downed a 5 hour energy and continued down to Pierre, SD where I finally checked into a hotel shortly after 4 in the morning.