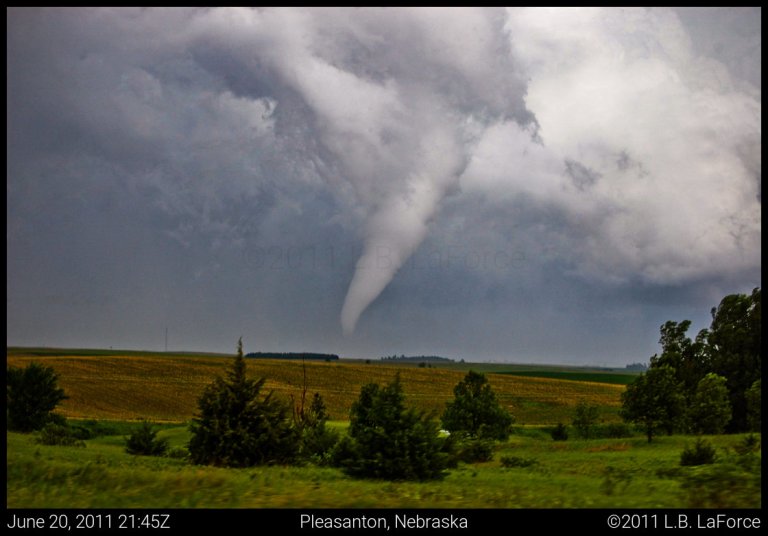 Started the day in Kearney, Nebraska and picked up L.B. LaForce for the chase as his father had to get back to Michigan. We loitered around the hotel parking lot for a while, along with Rob Hurkes, while we waited for something to draw out attention.  A surface low was expected to track across Kansas, slowly northeastward and with easterly surface winds northeast of the low was setting the stage for crazy low level helicity to get the atmosphere spinning…just could the storms stay discrete?

A 300mb jet streak was poking into the area (meridonal flow as 300s were due south over our target area) with a concomitant 500mb jet streak edging in as well.  Warm, moist surface flow was advecting potent air into the target to the northeast and east of the low.  This was a little different than I was used to because it meant the air *north* of the warm front was primed for action, which is a little counterintuitive, but the surface flow was working in that favor this day.

After a while of waiting we moved to the other side of town and met up with Skip Talbot, Jennifer Brindley, Jonathan Williamson and Adam Lucio.  While waiting, we were all keeping an eye on a storm cell that had developed in north central Kansas.  It was a bit agonizing the stay in Kearney while this storm churned away down there, looking really good on radar.  We noticed it would be headed our way in an hour or two, so we decided to go after it and meet it on the way here.

We stopped on a hill south of Orleans, NE where we observed some wicked inflow winds in the 50 mph range as well as some very active cloud motion, but nothing was really rotating.  Realizing we were going to get cored if we stayed too long we headed back north on 183 to a few miles north of Alma where I noticed a needle like tornado off in the distance. We stopped to get out and photograph and later discovered this was the Stamford tornado.  It’s pretty small in the photo, but we were 10 miles away, however out friends Skip, Jennifer, Adam and Jonathan from earlier managed to get photos from a closer vantage point at the same time.  You can view their photos on Jennifer Brindley’s blog. 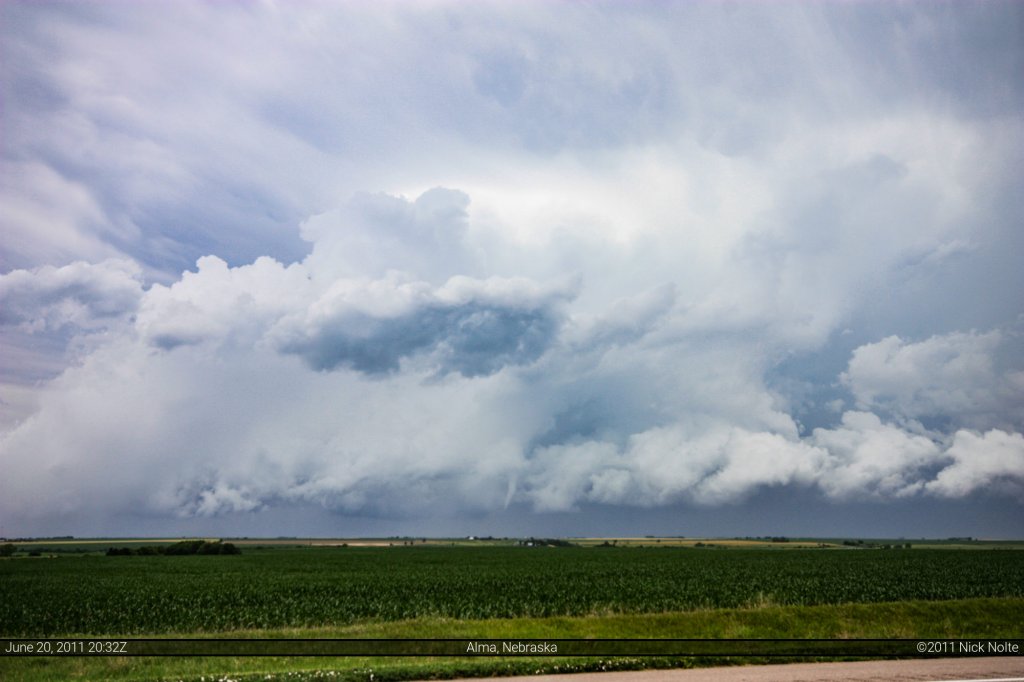 After that dissipated we moved north through Holdredge and Amherst.  The storms were beginning to congeal into a linear mess and it was difficult to pick out any potential targets, but we kept looking for rotation and embedded hooks and I guided us into position on back roads onto highway 10 where 2 miles south of Pleasanton we stumbled onto the second tornado of the day, a beautiful white elephant trunk which lasted for a minute or two before it dissipated almost instantly without a rope-out stage.  I was driving at the time and did not get photos, however L.B. snagged this one: 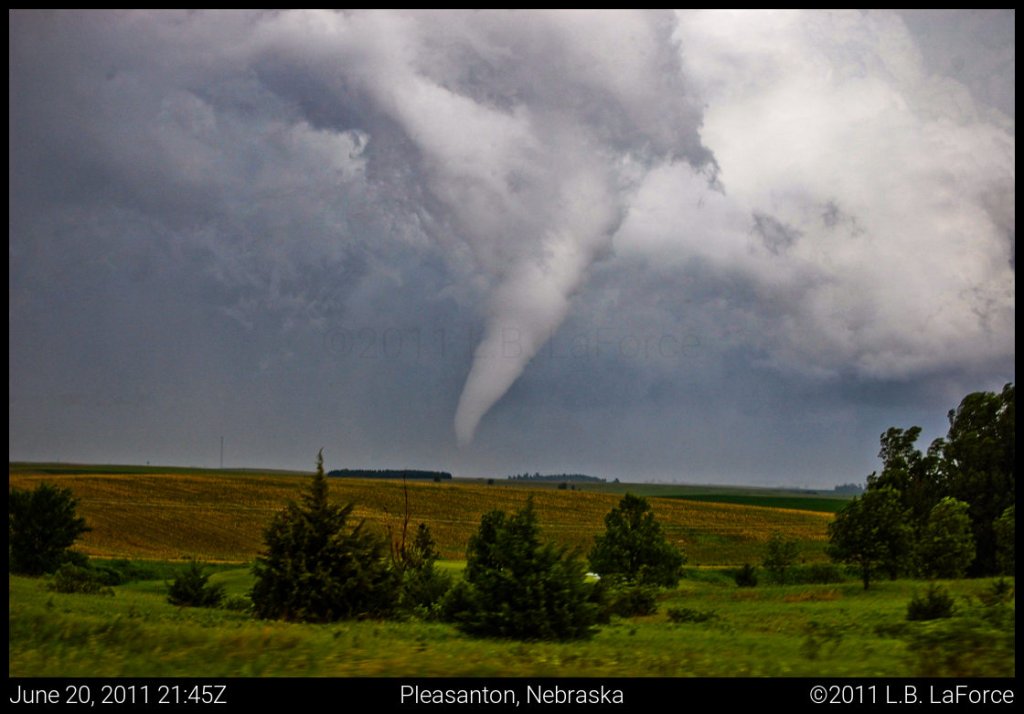 After this dissipated we moved towards I-80 to intercept some additional cells to the southeast, but never really caught up to them in time.  We ended up in Columbus where we got word of some people hanging out at a local steakhouse so we stopped in and joined Jesse Risley, Jeremy Degenhart, Ben Holcomb, JR Hehnly, Steve Polley and Scott Bennett in a celebratory steak dinner.