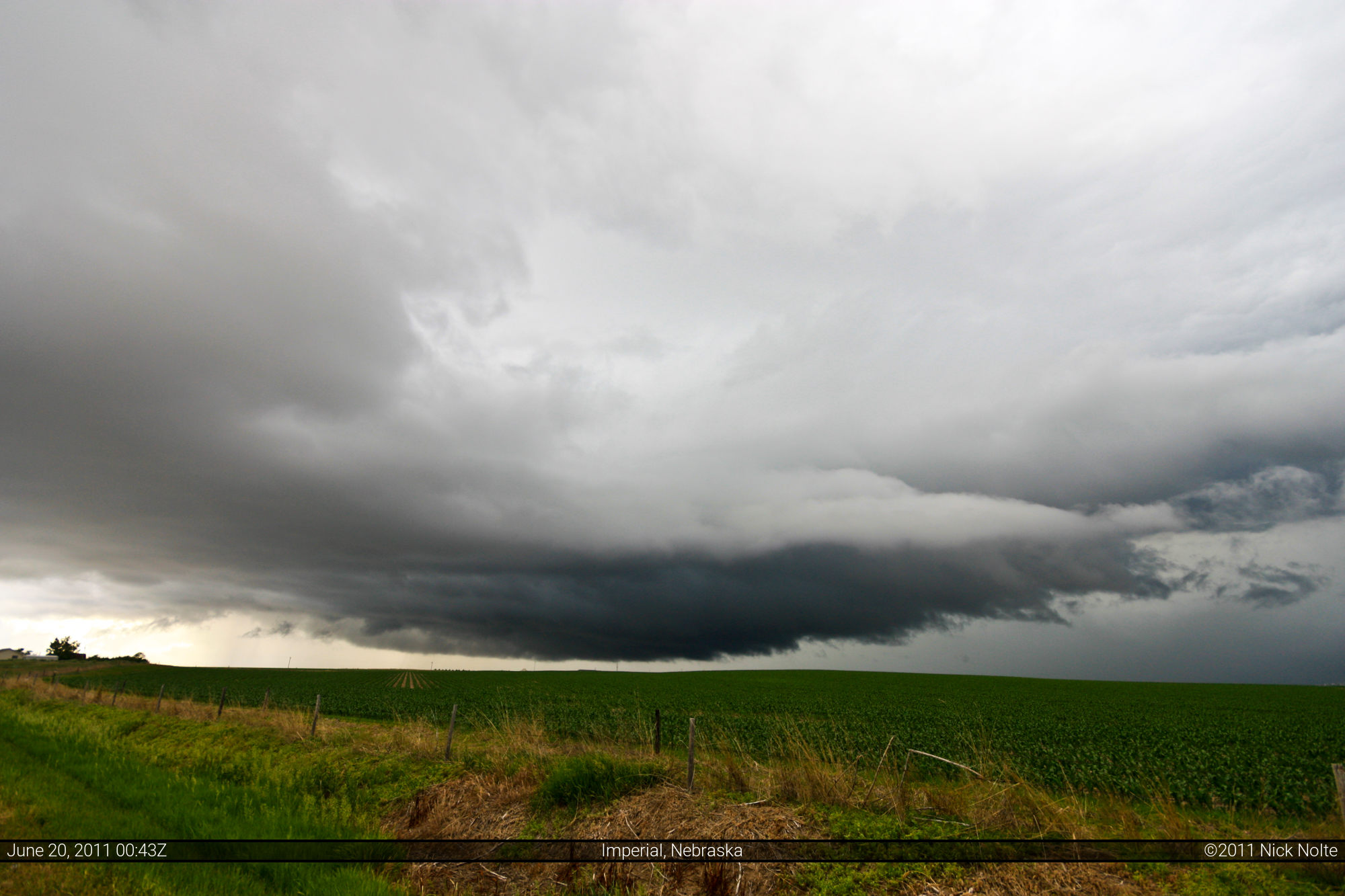 I had driven from Michigan to west of Lincoln, Nebraska the previous evening and upon awaking found that I still had a bit of a drive to get to where I wanted to be for the day.  A 300mb jet streak was rounding the base of a deep upper trough centered over Utah and punching into Eastern Colorado to help setup the show for the day.  I left Seward, NE shortly after 14z and began my westward trek down I-80 towards Julesburg.

I arrived in Julesburg around 20z and stopped and had some lunch at the Subway there where Minnesota chaser Rob Hurkes joined me a little later.  After a bit we decided to poke southwest down I-76 where some cells were starting to fire.  We didn’t make it too far before we saw a nicer looking storm up by Sidney, so we got off the highway and headed in that direction.  We caught up to the storm south of Sunol, NE around 2145z and observed some pretty impressive structure.

After watching it for a bit, we hopped back on I-80 and drove down to Lodgepole where we exited and got another look at the storm.

It was about this time storms were starting to explode in southwestern Nebraska.  Convinced this storm wasn’t going to produce we hit the road and bolted for the new development to out southeast.  We got on one of the cells near Imperial just before 1z and noticed some decent looking structure, not as smooth as the one we left, but this one looked more likely to wrap up.

Soon enough, we found several cells developing around us that were showing rotation on radar.  While I think our ultimate goal was to get on the beast that eventually dropped the tornadoes near McCook, we got distracted by the storms firing around us that were showing broad rotation.  We stuck with them thinking they might do something and that trying to catch the McCook cell would prove difficult before dark.

After these storms waxed and waned we made the call to try for the McCook cell and headed that way, stopping on the way to grab some photos of the sun behind one of the storms

We got to the McCook cell right at dark and seeing anything was difficult.  We spent a little time with it, even got in some hail, but eventually it was just too dark to continue and we headed back for Kearney.  Back in Kearney we met up with several other chasers at the local Perkins, which had the worst service of any Perkins I had ever been to…we were in there for 1 hour and 26 minutes, and we got there after midnight, so we were all very tired and waiting forever for our food didn’t help.  Oh well, the trials and tribulations of the chase, I suppose 😉