Ah, to be in South Dakota again! A strong trough was expected to move from the Rockies to the Northern Plains which would nudge the cold front eastward across the western Dakotas providing focus for storms to my north. Meanwhile a warm front draped from North Dakota down into Iowa and Missouri would provide a focus for storms to my east.  I opted to play the cold front as the warm sector would be flooded with ML CAPE near the 4,000 J/Kg range along with strong low level winds and curved hodographs would set the stage for a potentially decent severe weather threat.

My target for the day was Selby, SD, where I arrived shortly after 21z.  I spent some time driving around near Java and Bowdle to check out how those areas had recovered since the May 22, 2010 EF-4. The metal high-tension power lines that were toppled north of Bowdle had been replaced with wooden versions, which I found quite odd…perhaps their reasoning is “what are the odds another F-4 rolls through here?” or perhaps they are temporary.  Trees were still visibily devastated, but most of the damaged buildings had been repaired. After driving down memory lane, I returned to a quiet dirt road east of Selby to await initiation. 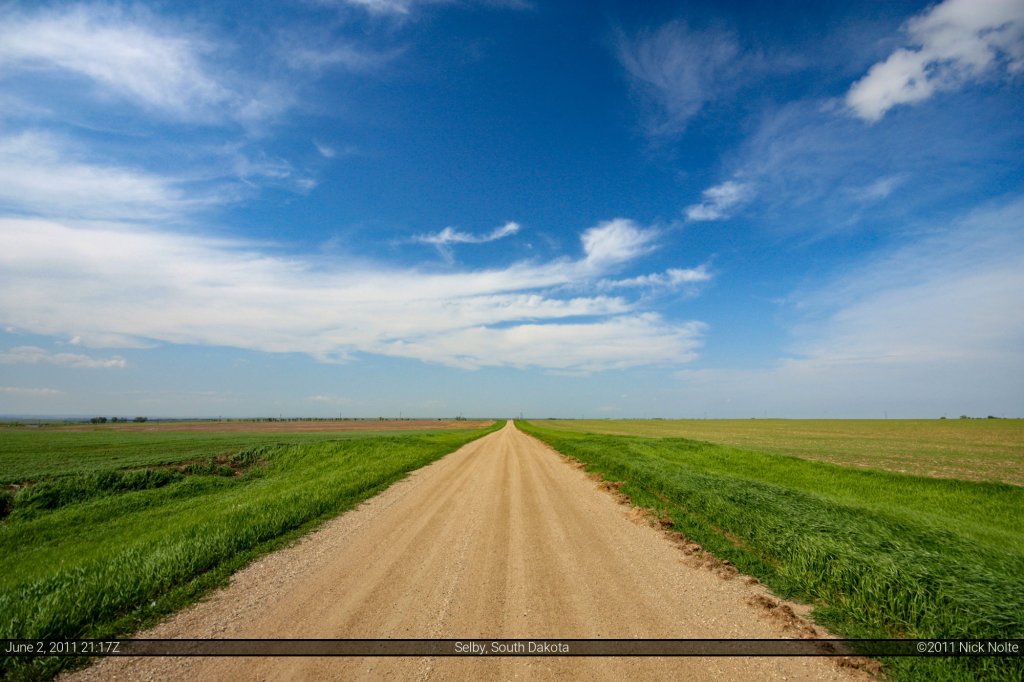 23z rolled around and still nothing interesting to go after.  The parameters were looking pretty good right in this area, as well as north into North Dakota.  0-1 EHI at 8, STP at 4-5, MLCAPE at 3000, but the atmosphere was still capped.  The SPC issued a mesoscale discussion indicating they were looking at issuing a severe thunderstorm watch across western SD/NE which they ultimately did at 0020z.

I decided to head to Mobridge to wait a little longer.  Chasing in this area was going to be interesting because of the recent heavy flooding.  Road signs indicated US-12 was closed east of Roscoe and US 83 north, out of Selby, was also closed.  The posted detours were about 40 miles out of the way.  If these major highways were closed from flooding, what did that portend for the local dirt roads?  I sat in Mobridge until 0z when I decided to move north as it looked like cells might start firing right along the ND/SD border.

A cell did fire right along the border, but it was short lived and I gave up on it near Linton, ND when it’s VIL signature completely disappeared from radar.  That was about 2z, and it was about this time that my low tire pressure light came on, oh joy!  I got out to check and one of my tires appeared low and the pressure measured a little low, but nothing too serious, so I found some air, inflated it a bit and headed back to Aberdeen.  Once I arrived there the light had come back on, it was 4z and I found a gas station to inflate it again then went to sleep.  This was my final chase day of my vacation, so if there was a serious tire issue I would have no problem dealing with it the next day, so at least it didn’t happen to me in the middle of Oklahoma while chasing down an EF-4 wedge, amirite? 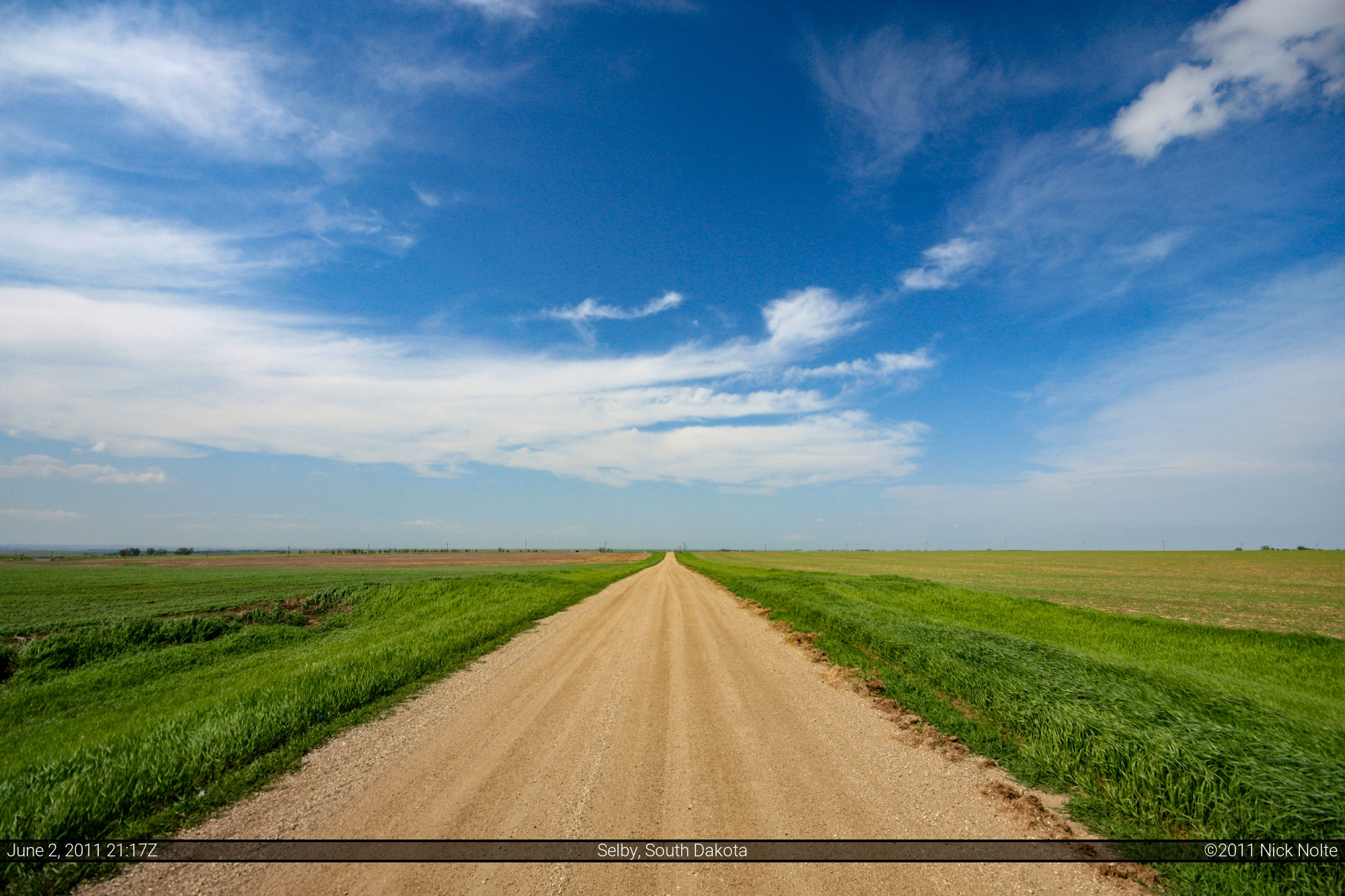