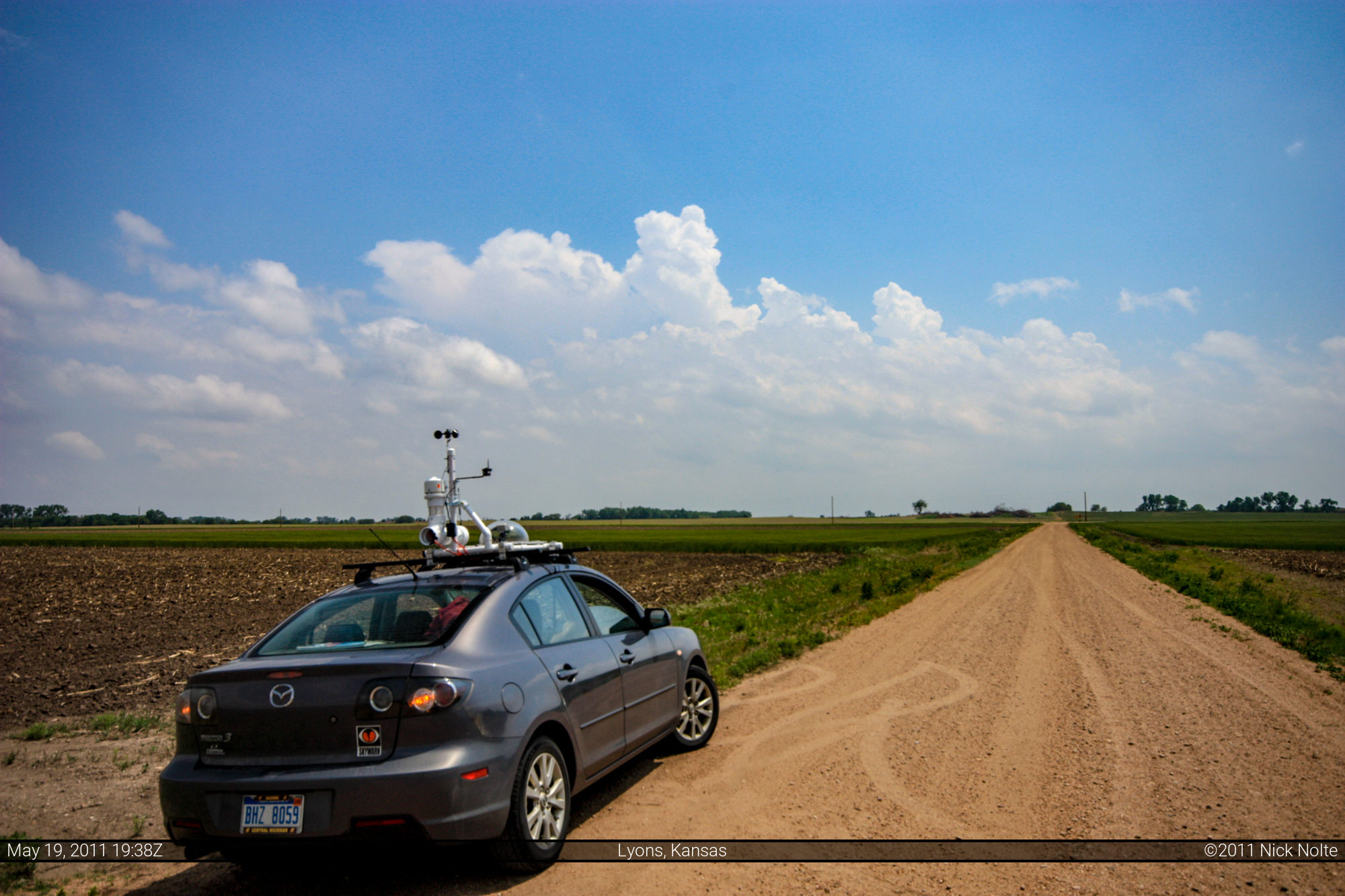 Kansas dryline play. Mid 60 dewpoints were expected to advect into southern Kansas while a well defined dryline would provide the focus for thunderstorm development. As the low level wind fields increased, the possibility for tornadoes were on the rise. The big issue with the day was the possible lack of forcing as much of the mid and upper level air support was slightly shunted west of the dryline. The only real hope for the day was that the dryline would be enough forcing by itself and hope that low level shear would ramp up once the LLJ kicked in.

This was officially day one of my chase vacation as I had traveled from Michigan to Missouri the day before. I started the day in Columbia and began my trek westward on I-70. My original target was Ellsworth, KS. Once I arrived in Ellsworth around 18z, data analysis revealed the greater instability and clearing was to the south, so I went south towards Hutchinson. At around 1930z a Cu field started to develop along the dryline in Central Kansas. Storms had already fired along the dryline in Oklahoma, but I felt the play was in Kansas. As I sat north of Hutchinson watching Cumulus try to build into towers, I noticed some familiar names on Spotter Network in town and went to meet up with them.

As we sat around under the baking sun we would watch tower after tower try and go up and then get choked off, so the cap was still doing it’s thing. Eventually a couple of storms started to fire and while they showed decent structure at the start, they more or less morphed into blobs of rain. We ended up back in Ellsworth thinking the day was over and stood around at the Casey’s until I got the urge to check out radar. A storm to the northeast was looking really good with maxed out VIL, so we went after it. As it approached dark, the H5 jet finally got close enough to kick stuff off, and with the LLJ kicking in as well, finally got us some storms to look at. Supposedly, the one we were tracking near Minneapolis was dropping some big ass hail, but as we got to where it crossed the highway, nothing was to be found. Instead it had started to go outflow dominant and what we thought was a wall cloud became a gust front as it forged towards us outward from the storm.

After that, we called it a day and headed back to Salina to prepare for the following day.