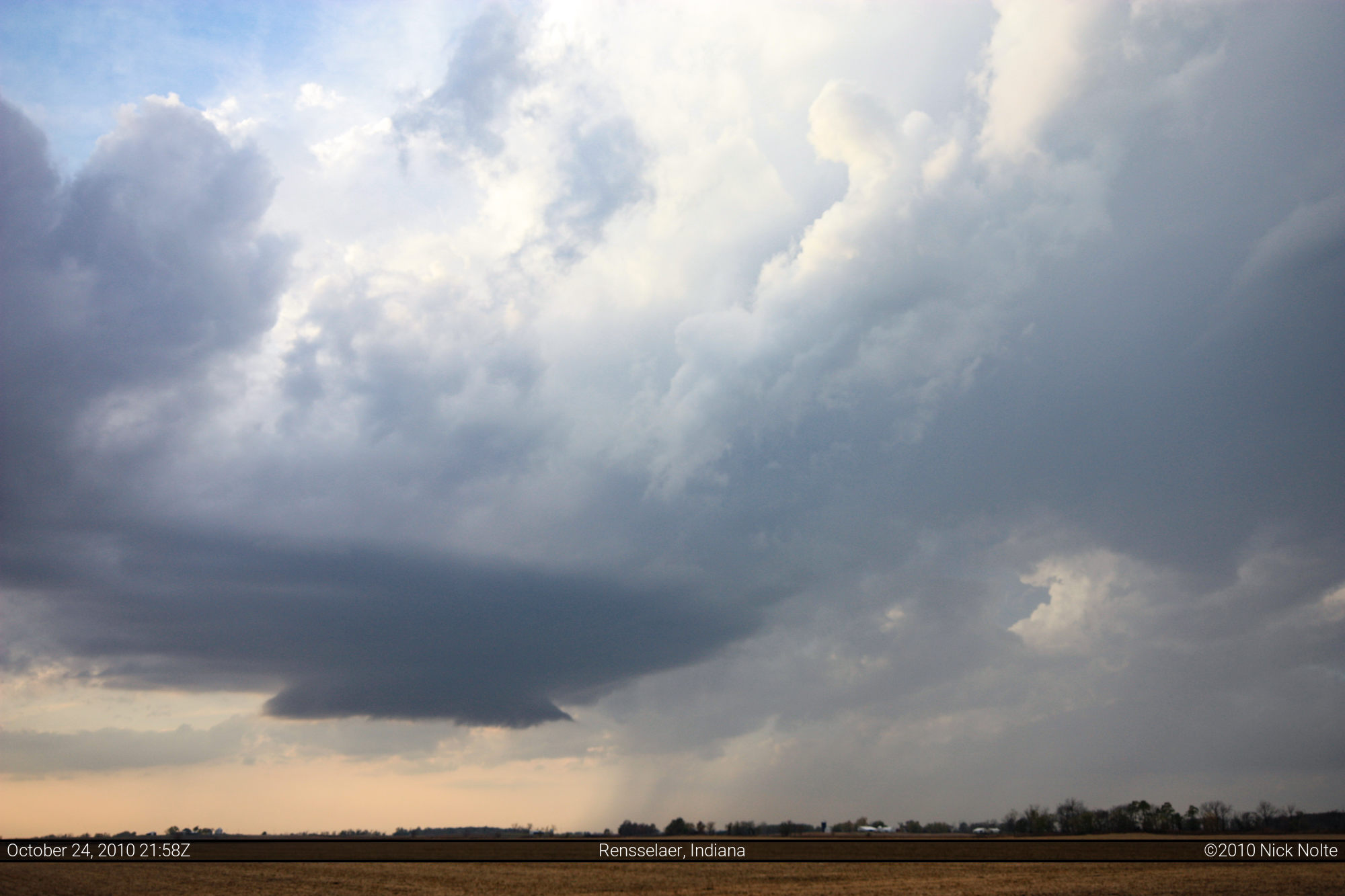 So, with chase season winding down and an opportunity for that “one last chase” of the year, the setup in Iowa on Saturday the 23rd seemed worth a shot.   A warm front was expected to retreat into the area, CAPE was supposed to edge up to 2,000 and surface winds were backed.  The only real concern is that it was Iowa, which, traditionally gives storm chasers a difficult time.

I hit the road at 3:45am with my original target of my hometown, Atlantic, IA.  Got there around 1:30pm CDT.  SPC put out a mesoscale discussion shortly thereafter for the area to my south.  The better CAPE was down there, so I left Atlantic 2:30 CDT which ended up being a little late.  Played catch up for most of the day, and didn’t see much of anything.  There were only two hail reports in Iowa, so apparently I didn’t miss anything big.  Here’s a couple pics of the storm I was trying to catch, but never did.

Drove to Peru, IL to spend the night.  Next morning got up and had intended to just drive home.  At about 11:30am CDT I started looking at data and noticed there was a decent shot at storms along the IL/IN border later in the day.  The HRRR broke out supercells along the border around 17Z, so my trip home was delayed and I went south.  I drove down to Urbana, IL and hung out for a bit then drove east on I-74.  At about 3pm, storms started to fire to my south and north.  I had originally started driving towards the south target, but a stop for reconnaissance proved that storm was dying.

I retreated to the northern storm which exhibited some nice features and a wall cloud, but no rotation and nothing more than some pea sized hail.  As the storms moved off to the northeast I decided that they weren’t worth chasing and called it a day and continued home.