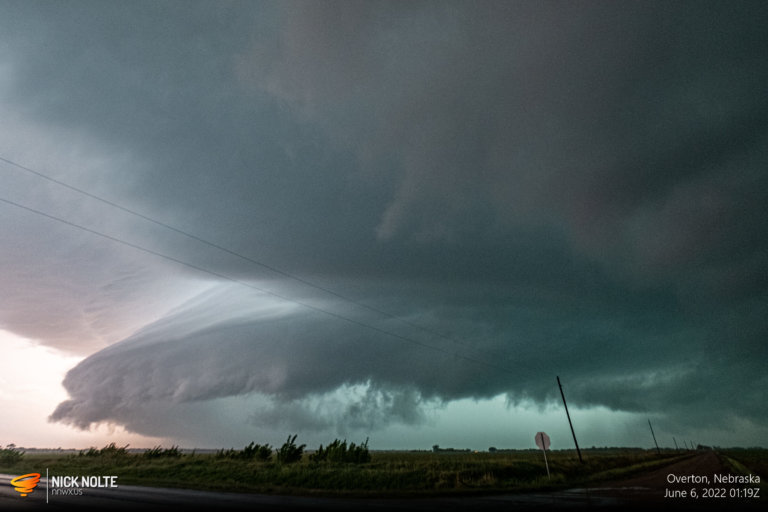 An overnight MCS across Oklahoma and it’s associated outflow combined with a frontal zone setup a potent environment across Western Nebraska and storms were expected to fire along the front later in the afternoon. It looked like a MCS type event again so I hadn’t planned on chasing, but initiation held off until later in the day so I was able to just head out late to check it out. 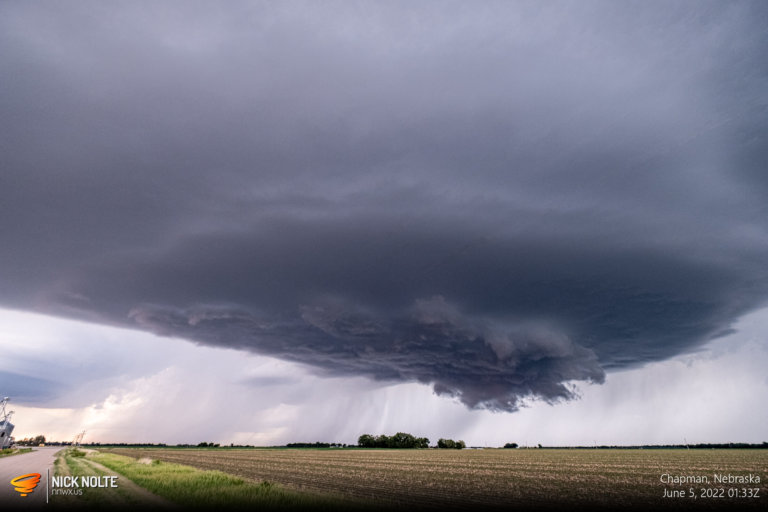 June 4th featured a stationary front draped across southern Nebraska stretching east of a lee trough in eastern Colorado as the remnants of an MCV drifted across eastern Kansas. This setup would bring dewpoints near 60°F into southern Nebraska bringing with it MLCAPE values around 2,000 J/kg. I was expecting a few supercells along the front west of Grand Island so decided after work to head west and check stuff out. 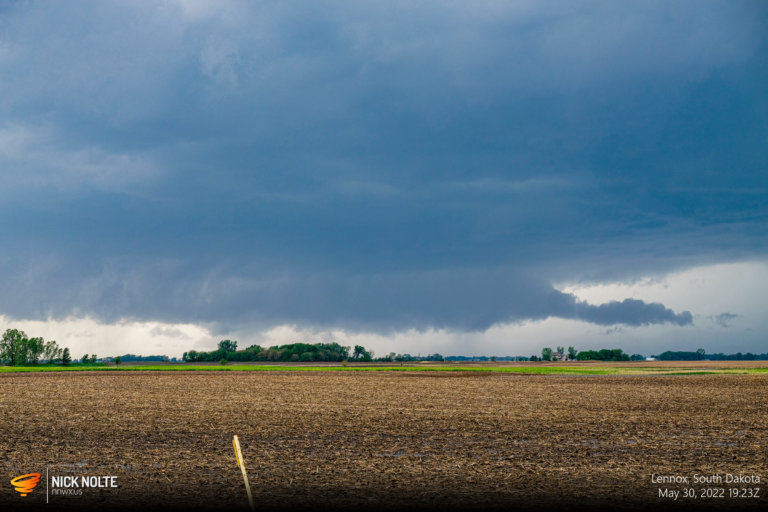 I didn’t write a blog for the previous day as I didn’t take any photos or video but after a late night chase that ended near Burwell where softball size hail fell it was a late drive home. Originally I was debating driving towards the day 2 target and staying at a hotel overnight but decided to head home instead. 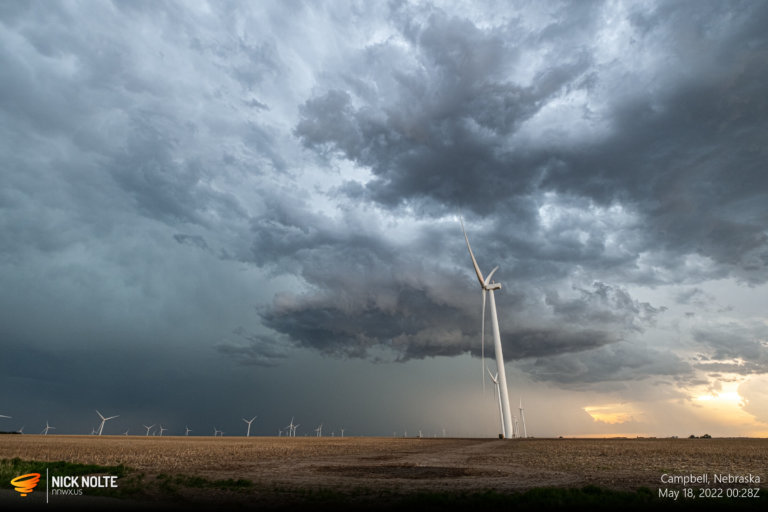 A lee cyclone was forecast to develop across western Kansas and cause a dryline to sweep east across the state while a warm frontal zone was expected to strengthen and lift into Southern Nebraska. SPC had an enhanced risk forecast in the southeast portion of Nebraska. 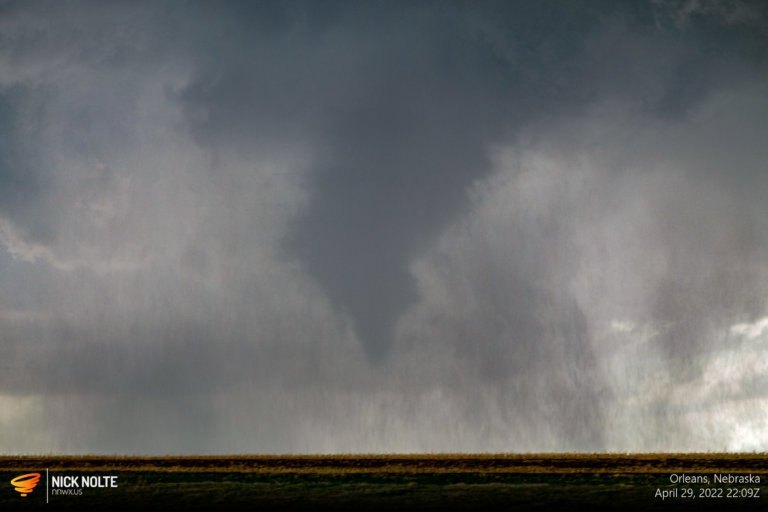 The synoptic situation featured a negatively tilted trough ejecting over the Plains, a stationary front across southern Nebraska and a dryline pushing through Kansas. This presented two good targets for chasing as a lee cyclone migrated east throughout the day along the Nebraska/Kansas border.