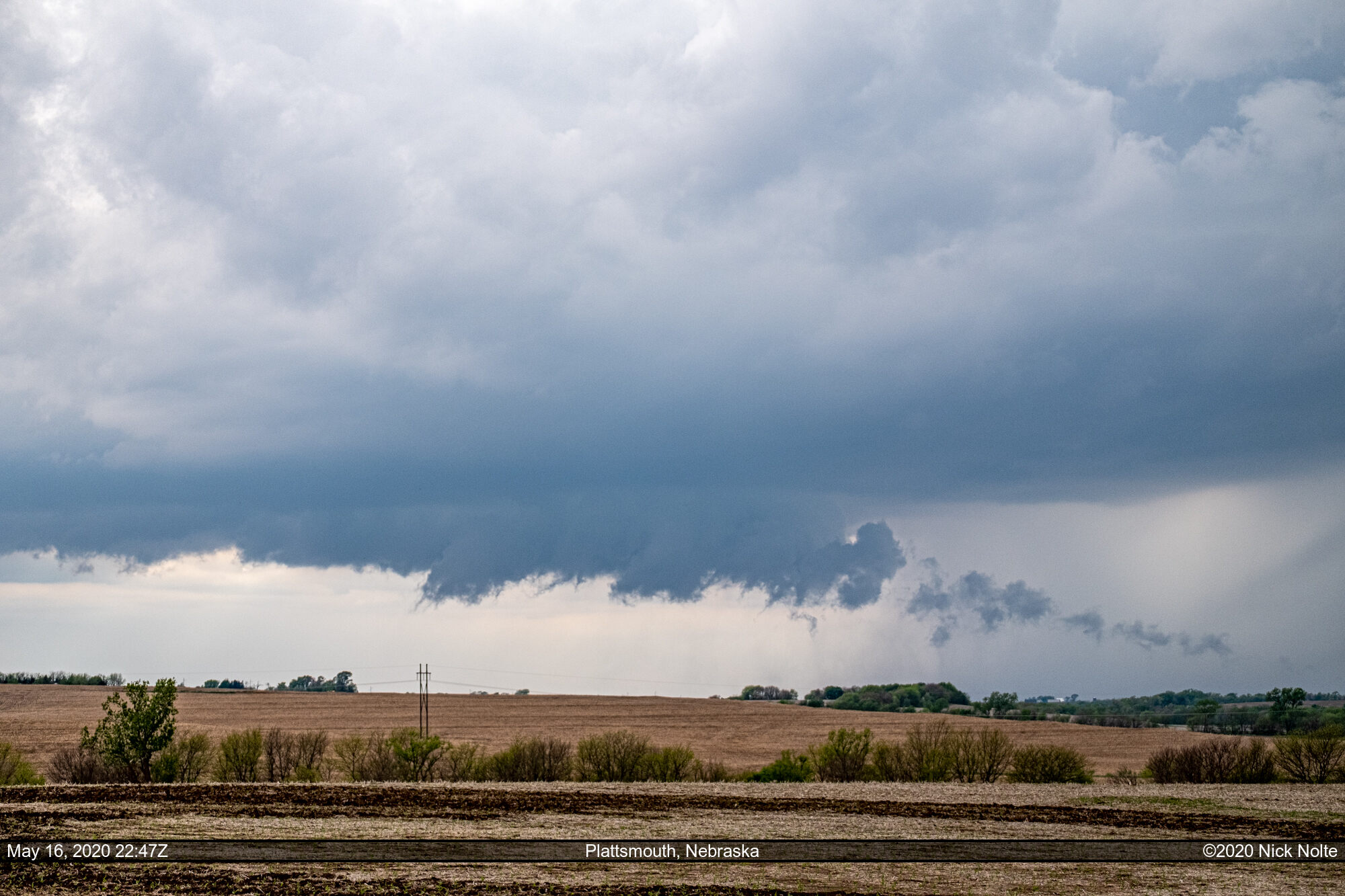 The year 2020 is going to be one of those that is a marker in everyone’s lives as the COVID-19 pandemic took over the world and affected how everyone lived their lives. This included how chasers approached the storm season as extra precautions were needed to safely travel across the country. 2020 would end up being one of my least traveled seasons and I wouldn’t even see a tornado until August as the storms that did happen were few and far between in what ended up being a rather quiet year.

May 16th was a marginal risk across much of Southwestern Iowa into Eastern Nebraska as a trough was expected to migrate from the Black Hills into Iowa while an MCV ahead of the trough was looking to be the main focal point for convection in the afternoon near the Missouri River. SPC had outlined a 2% tornado risk in a marginal outlook area that covered the lower Missouri Valley.

This was the first real opportunity of the season for me as I was pretty sure we’d at least get a supercell or two near Omaha as the MCV was near Columbus around noon. I left home shortly before noon and headed east along I-80 towards Omaha. Clouds hung around the entire day in the target area but were thinner further east. Hopefully enough surface heating would occur to build instability.

As I approached Omaha it appeared that cells were beginning to develop to the south of Omaha so I decided to get off I-80 and head to Plattsmouth to cross the river into Iowa and then wait for cells to approach.

As the cell east of Lincoln began to strengthen I decided to head back across the river and attempt to intercept the cell. Just south of Plattsmouth I found a nice spot to sit and watch the storm head my direction.

There was a decent lowering with some pretty robust inflow and the storm went tornado warned just after 23z. Although, from my vantage point there was no tornado to be seen.

This would be about as good as the storm would look visually. I did follow it back across the river, but shortly after crossing into Iowa the storm pretty much fell apart and the storms behind it began to congeal into a line which pretty much ended the chase.