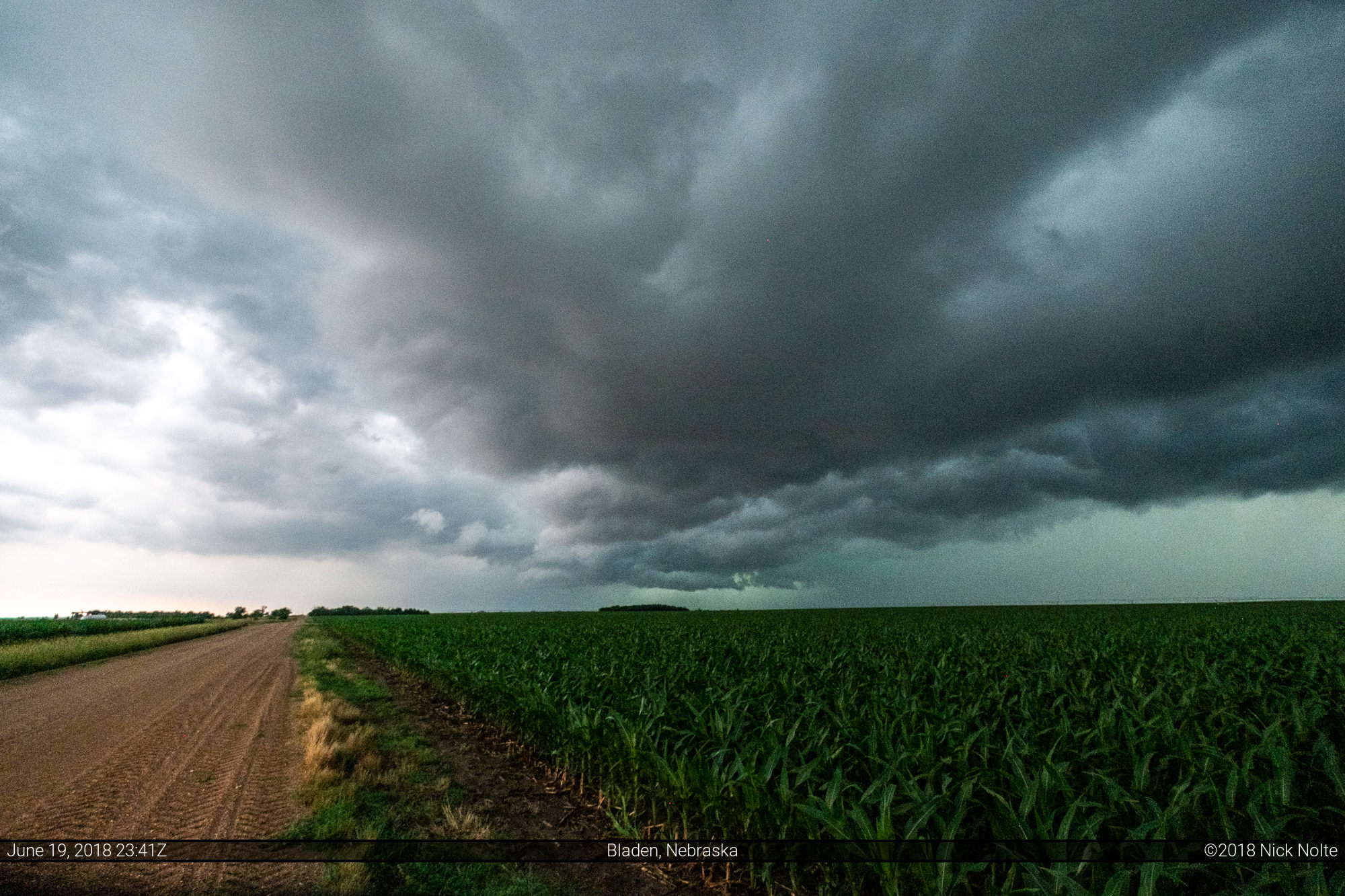 This wasn’t really an expected chase day for me. I knew storms were expected to form across eastern Colorado but it was a regular workday for me so I wasn’t expecting to go anywhere.

When the 1300z update came out from SPC in the morning it extended the 5% tornado risk area into south central Nebraska. This caught my eye and I kept an eye on things throughout the day.

By 19z a tornado watch was in effect for eastern Colorado and a couple hours later a severe thunderstorm watch was issued for Northern Kansas and south central Nebraska. By the time I got out of work there were a couple of clusters of storms. One was southeast of Grand Island, the other to the southwest.

One of the cells in the southwestern cluster had a tornado warning and I figured traveling west towards that would work out better than trying to catch up to the eastern complex. As I drove west the tornado warnings continued to be issued for the strongest storm of the complex as relative velocities were showing a pretty decent couplet.

My plan was to get off I-80 near Shelton and head south and try to get in in position in front of the storm. I drove in between a couple cells south of Campbell and eventually stopped to take some photos of the stronger storm to the west.

This was the only photo I took of the storm as it closed in pretty quick from the west and now I had to deal with rain on a dirt road that was deteriorating quite a bit. Luckily I made it to US 136 west of Red Cloud just as the road was getting almost impassible from slick mud. I didn’t see any of the tornadoes that were reported but I did find some quarter sized hail. I got off the dirt roads just as the heaviest rain set in and called the chase and began to head home.