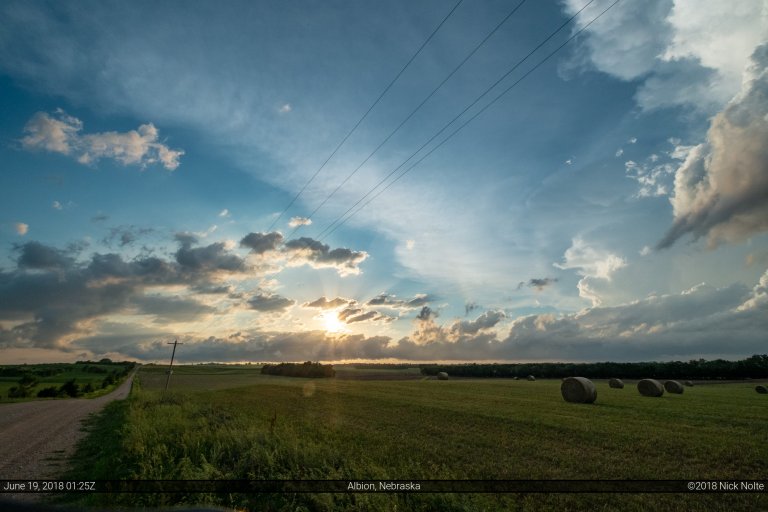 Another local chase presented itself on June 18th as a low pressure was expected to meander across Central Nebraska with an attendant stationary front draped east/west north of Omaha with low 70° dewpoints pooling south of the front. Meanwhile a shortwave impulse was progged to track into northeastern Nebraska triggering scattered thunderstorms.

SPC began the day issuing a 2% tornado risk for northeastern Nebraska into northwestern Iowa, they ended up raising that to 5% with the 1630z update as limited cloud cover allowed strong daytime heating raising CAPE values over 2,000 J/Kg.

I took off work a couple hours early and headed towards Norfolk. My plan was to head north along US 81 and probably storms would start firing before I fully got into position. Sure enough a mess of cells began to fire around and north of Omaha. These were throwing out an outflow boundary that was traveling west so I decided to hang back along the US 81 corridor and see if anything would fire along that.

A cell started to fire just west of where I was near Saint Edwards, so that was the one I started to track hoping it would develop and something might happen when it interacted with the boundary that was drifting west from Omaha. SPC issued a huge severe thunderstorm watch that stretched from Ord, NE to Waterloo, IA. 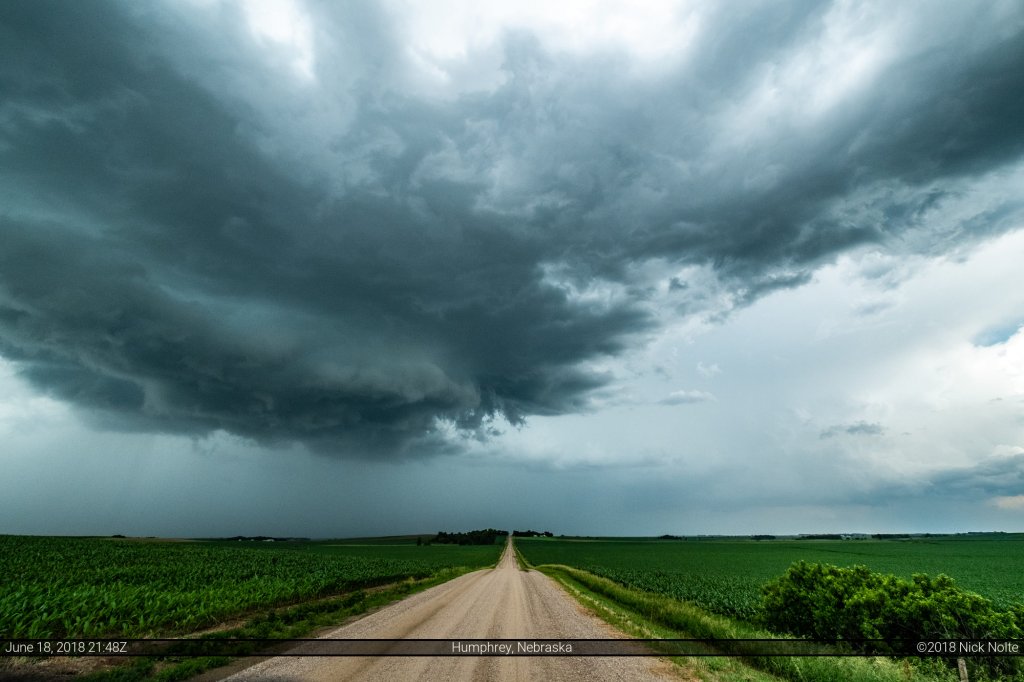 The organization of the cell on radar looked pretty good, but the cell split and a messier situation transpired. The left split took off towards the north while the right split, looking quite meager, tracked northeast towards Stanton. The storm started to organize a little better as it crossed US 81 south of Norfolk. 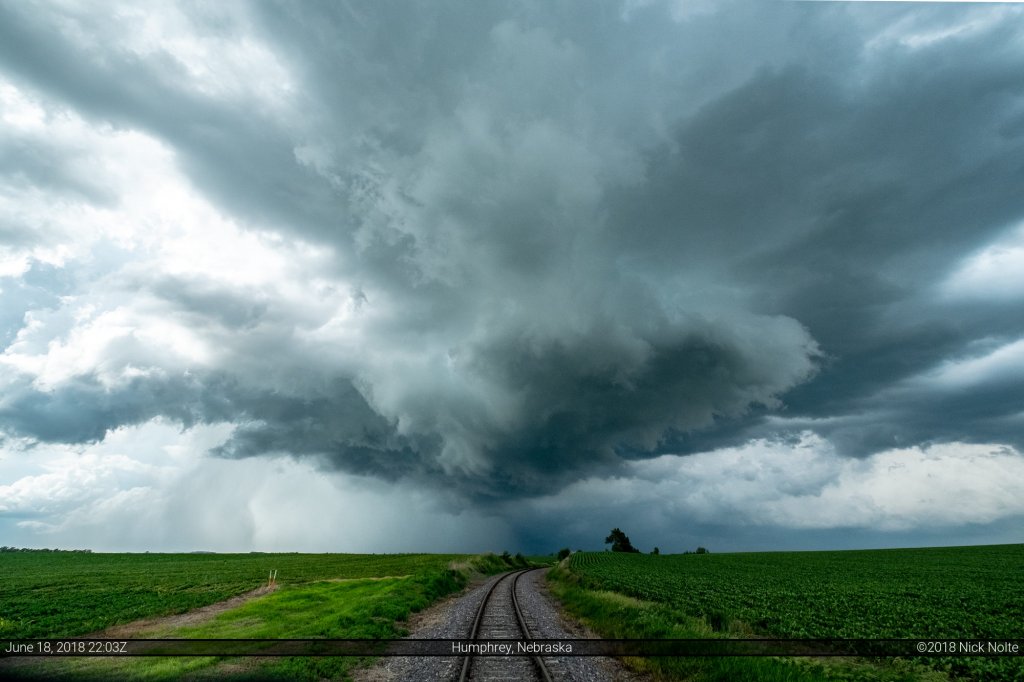 About 30 minutes after this, the storm finally interacted with the westward moving outflow boundary and started to organize in the lower levels, which included a tornado warning as it moved through Stanton. 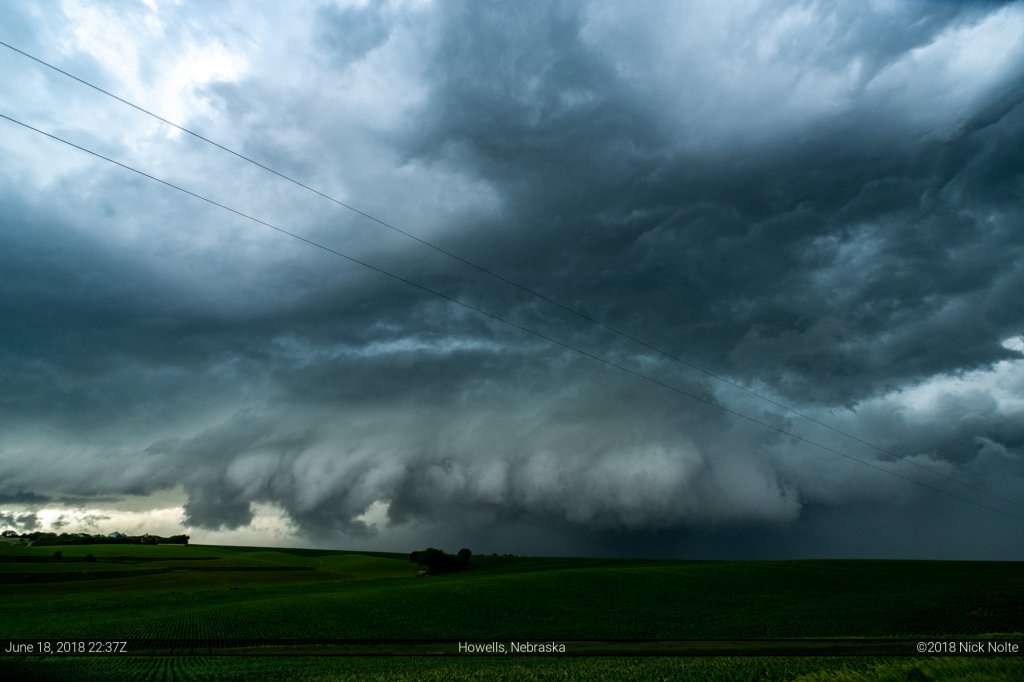 Plenty of times I saw a suspicious lowering or a darker feature hiding in the rain, but nothing I could ever verify myself as a tornado. There was a report of a tornado around the time of this photo, but it was a damage report more than a tornado confirmation. I followed the storm to Wisner but the storms were starting to congeal into a line, so I decided to call the chase and begin to head back home.

On the way back through Columbus, however, a couple of isolated cells started to form near Bartlett, further west of where earlier initiation occurred. I decided to detour up that way and see what was going on.

Unfortunately, as I finally got to them they had begun to dissipate and there wasn’t much to see but some pretty skies. 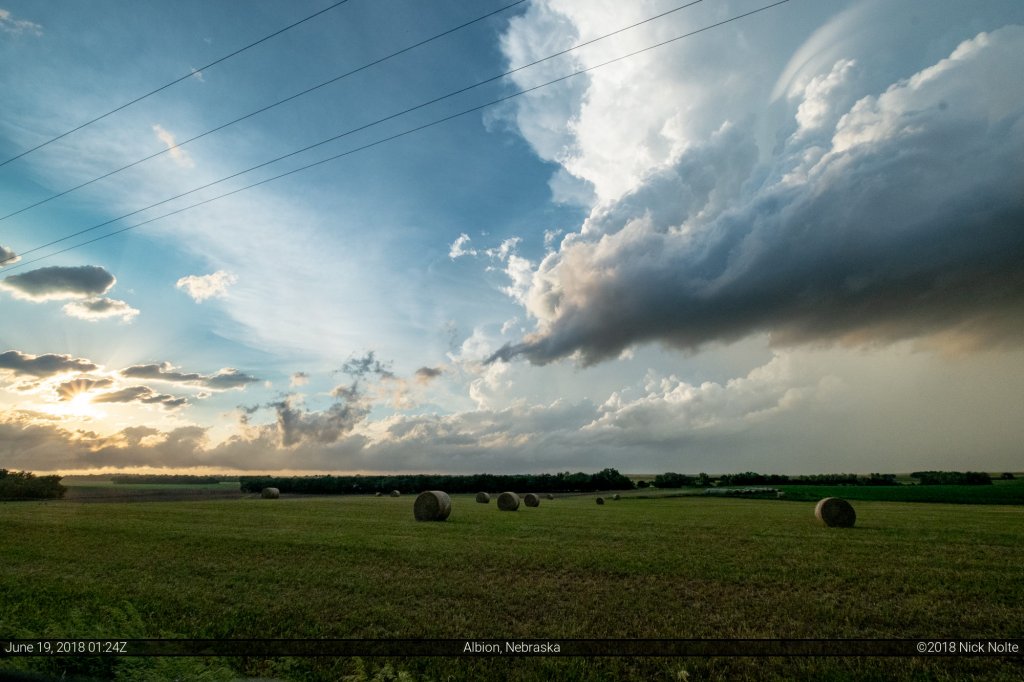 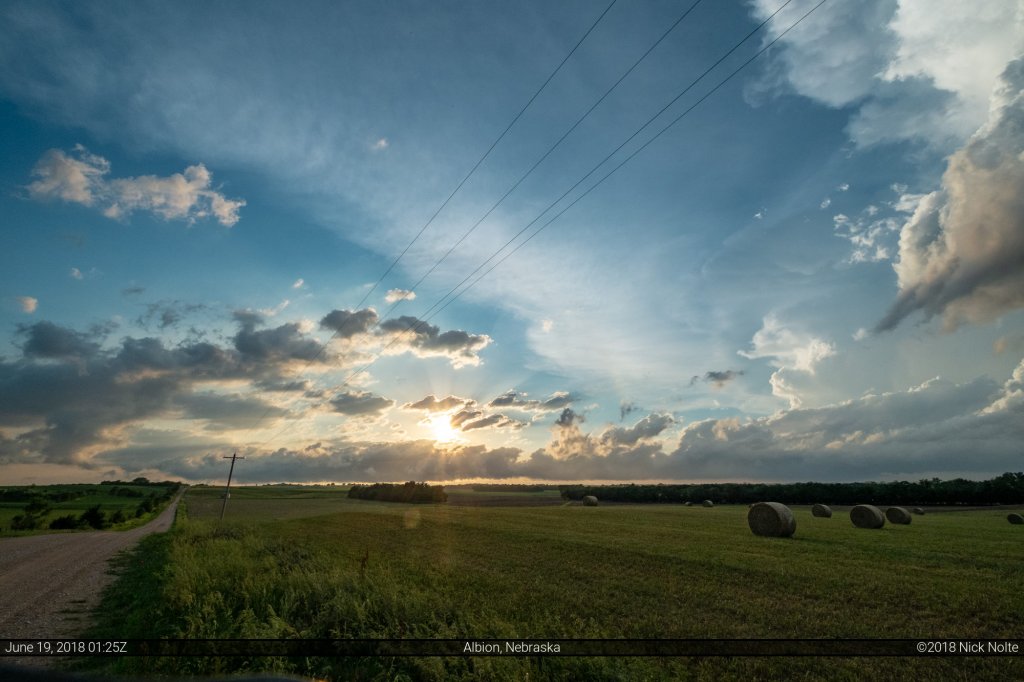