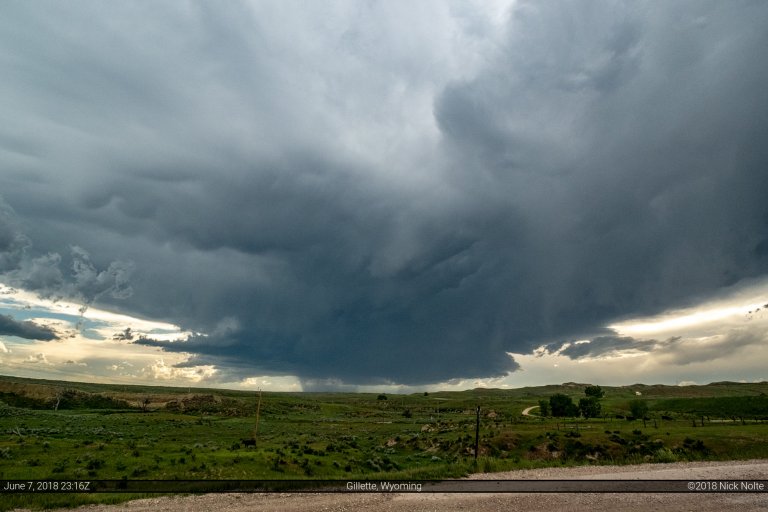 After a stunning chase near Laramie, I drove up to Buffalo, Wyoming expecting to play in Montana on the 7th. After reviewing data in the morning I had two targets in mind: the northern play up by Billings where higher dewpoints were expected along the US 212/I-94 corridor but a quick transition to linear mode was expected; or stay in northeastern Wyoming where a chance at more discrete storms in lower boundary moisture was a possibility.

SPC had quite a large area of slight risk covering most of Montana and trailing into eastern Wyoming. This coincided with a marginal 2% area for tornadoes. In the morning, I began the drive north towards Billings expecting the show to be there. I arrived in Hardin, MT just before 17z to take a break and review data. At the time there was an ongoing MCS from overnight trekking across Central Montana while clearer skies reigned in Wyoming.

Large amounts of CAPE were building beneath the cap throughout the I-25 corridor from Billings to Casper, while mid-level lapse rates were showing better in Wyoming. I decided to wait it out in Hardin to see what was going to go first.

Sure enough, it turned out to be the Bighorn Mountains popping first. I decided to head back down I-25 towards Buffalo and get a fix on the storms firing there. As I passed through Buffalo and turned east along the interstate, storms began to fire back to the north near Hardin. “Of course!” I thought to myself, but decided to stick with my decision to return south. As I approached Gillette, I could finally get a decent visual on the storms. Northeastern Wyoming is a bit of a radar black hole, these storms were equidistant from about every nearby radar so I couldn’t trust the radar to gauge their strength. 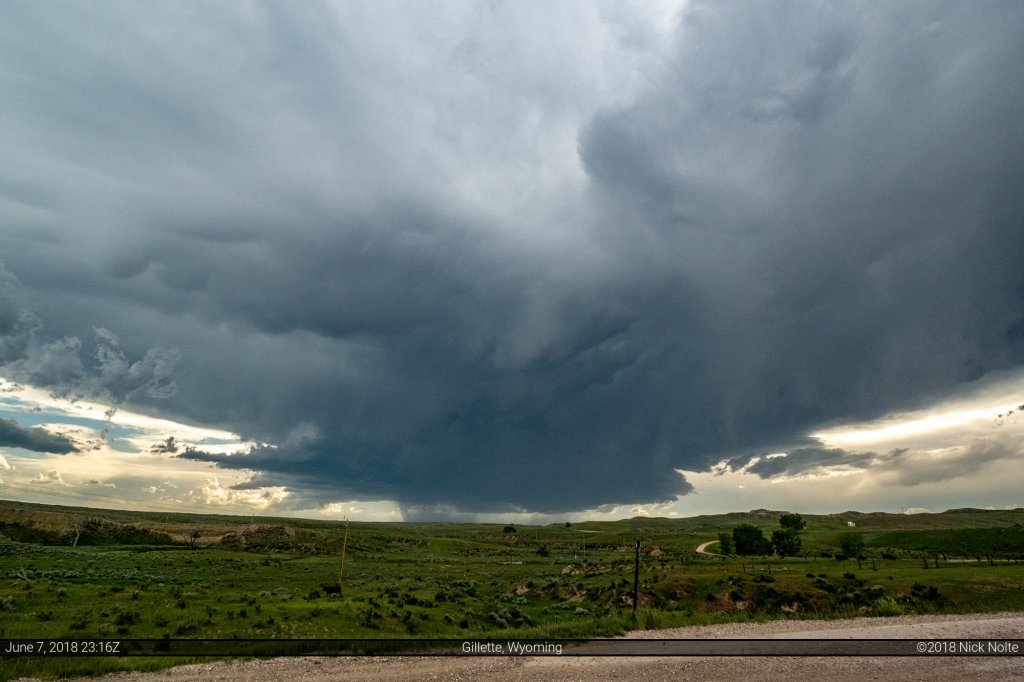 This is about as good as it got as far as structure on the storms nearby. In just a short time the radar appearance of these storms deteriorated, but at least it produced a pretty sky.

Storms continued to weaken over the next hour or so, all but dissipating by 1z while a line of storms was approaching from the northwest out of Montana. Prospects for the day looked bleak, so I called the chase and headed to Spearfish for the next chase day.