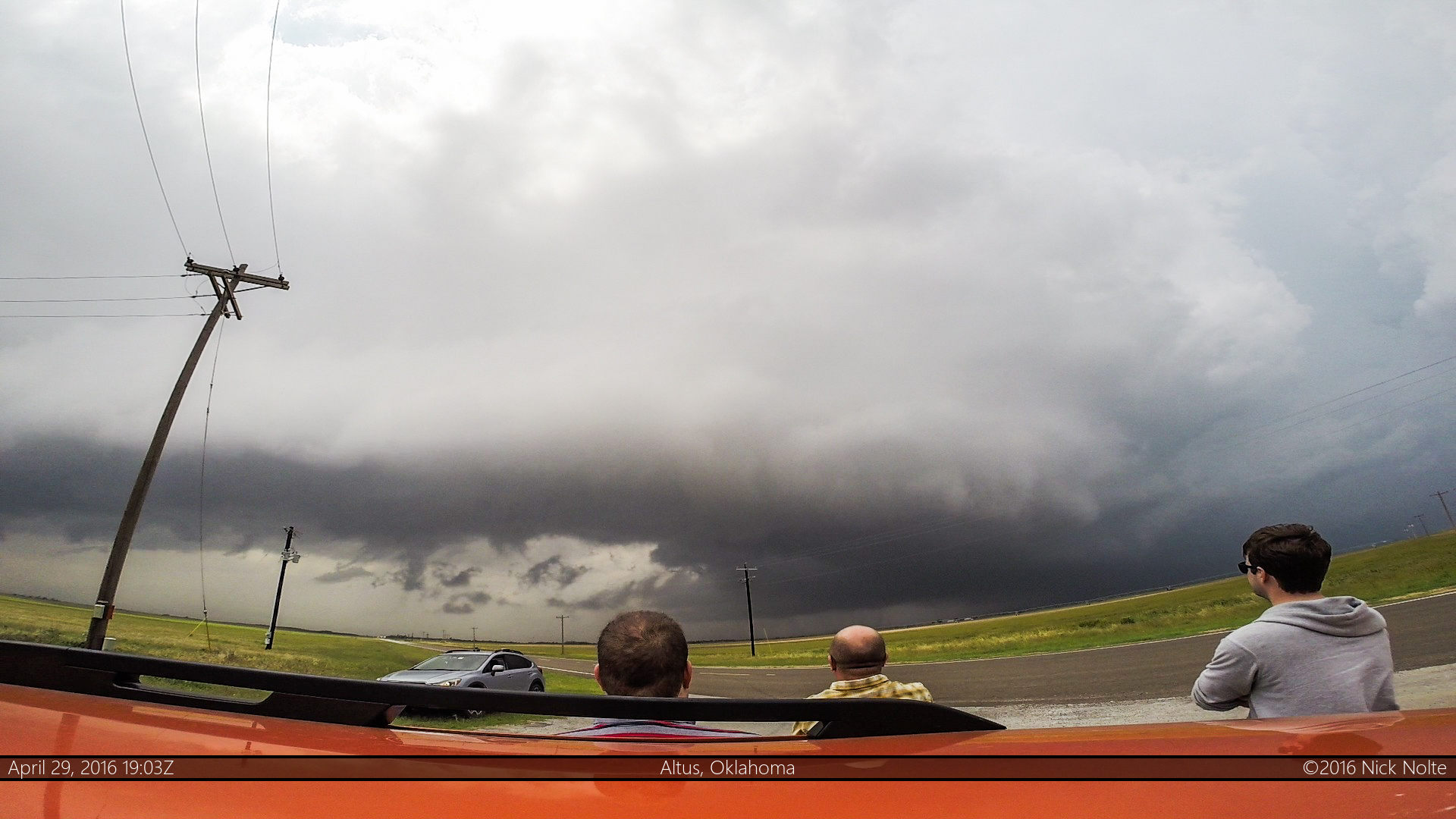 Day 6 of a week long chase vacation featured an enhanced risk of severe weather along the Red River. A negatively tilted mid-level trough was ejecting into The Plains while at the surface, a low in the southern Texas Panhandle was forecast to migrate east along the Red River bringing upper 60s dewpoints into Southern Oklahoma.

Overnight storms across the Texas Panhandle and Oklahoma would probably keep the warm front from moving too far north, so we decided the triple point was probably the best play for the day. Spending the night in Wichita Falls meant we were pretty much in the target area already, and would only have to drift north a bit back into Oklahoma.

We spent most of the day sitting at the Sonic near Sheppard Air Force Base before moving west to Vernon as the cumulus field started to develop east of the low just south of the river.

With the warm front north of the river and a mesoscale discussion issued for the area for a forthcoming tornado watch, we moseyed north, driving past familiar areas as we traversed through the area of the Elmer, Oklahoma tornado the previous year. We settled on a dirt road east of Tipton and watched and waited as the cumulus field percolated to the west. Eventually, the first storm of the day went up on the triple point just west of Altus so we drove a bit west to intercept.

We continued to track the southern storm for the next hour or two, but eventually it’s outflow became apparent on radar which meant it probably wasn’t going to tornado anytime soon.

However, the storm to it’s north was not undercut by outflow and actually produced a tornado near Ninnekah, Oklahoma while we were still tracking the southern cell.

Storms eventually congealed into a line and we called the chase. We continued on towards I-35 and stopped at Smokin’ Joes Rib Ranch and RV Park in Davis, OK for dinner and to watch the storm pass over. I highly recommend this place for BBQ if you’re ever near Davis, crazy portions of food, delicious ribs, brisket and an amazing house ribeye if you happen to be there on the weekend!

After the storms passed, we parted ways as I made way for Springfield, MO to drive home and maybe chase in Illinois on Sunday.