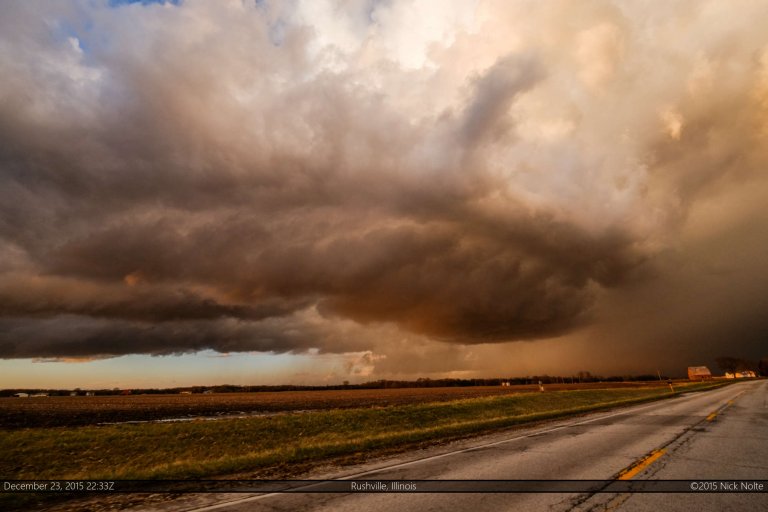 So I had the day before Christmas Eve scheduled off at work because I hadn’t taken a day off just to relax in a long time. When I take time off it’s usually to chase, so of course when the 23rd started approaching, there was a chance of severe weather in the midwest. No chill day for me!

Very broad cyclonic flow dominated the weather pattern across Plains, Midwest and Dixie Alley during the day with a 70kt mid level jet beneath a 125kt upper jet, both negatively tilted. A shortwave was progged to move from southern Kansas to Illinois through the day. The big target for the day was the Lower Mississippi Valley where high tornado probabilities were progged along the valley from Kentucky to Louisiana.

That 15% hatched tornado risk area was the moderate risk target for the day, but I was more interested in that tongue of 5% tornado probabilities sticking up into Iowa and Illinois where that area would be overspread by very cold 500mb temperatures creating a very buoyant thermal profile despite being far removed from the best SBCAPE. Nevertheless, a tongue of modest CAPE values around 500 J/Kg were expected in Iowa and Illinois where surface temperatures would be near 60°F and dewpoints in the 50s. Couple that with the surface low that was to move from Kansas into Eastern Iowa and I thought that Western Illinois looked like a pretty good secondary target.

So, off I went. I left home around 12z and moseyed on down 94/80 into Illinois. I arrived in Ottawa around 17z and satellite showed most of Illinois still socked in clouds, but that clearing in Missouri and Southeast Iowa was moving this direction, so I decided to move south and head towards Jacksonville as a staging location.

SPC issued a mesoscale discussion for Eastern Missouri and Western Illinois shortly before 19z after I passed through Bloomington. Their discussion mentioned the clearing as well as a compact shortwave moving into the area soon. A strongly sheared environment presented a very robust kinematic environment, but clouds had kept the thermodynamic profile dampened a bit. I was banking on the clearing moving in providing a boost to CAPE values, at least above the 500 J/Kg range, I felt that was good enough given the other kinematic values for the day.

About an hour later they issued the tornado watch and a band of cumulus was growing from Ottumwa, IA to South Central Missouri.

I arrived in Jacksonville right at 20z, but didn’t stay long as I needed to get closer to this developing band of cumulus as returns were showing up on radar as well. So, I continued west on I-72. A rather decent looking cell west of Hannibal caught my attention as it was a sort of pseudo tail end charlie. I decided to go west to I-172 and go north to get into position to intercept.

I got off I-172 onto US 24 which provided a great road to keep up with the storm and was able to follow it until dark. As the storm approached Rushville it took on a very nicely sculpted bowl beneath the updraft as well as taking on pinkish hues from the sunset to the west. 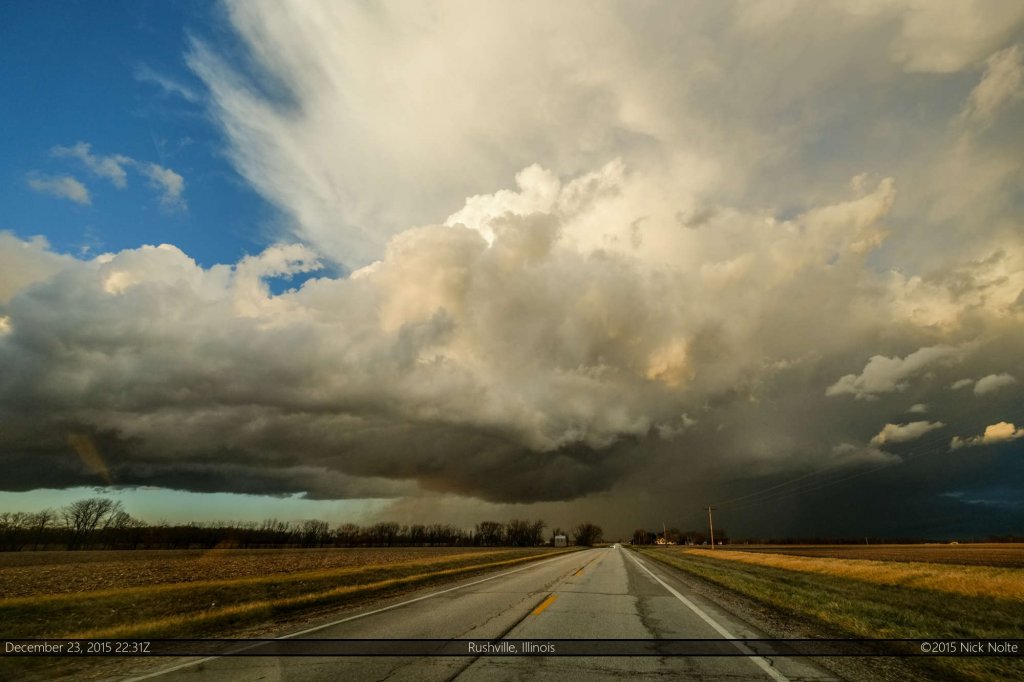 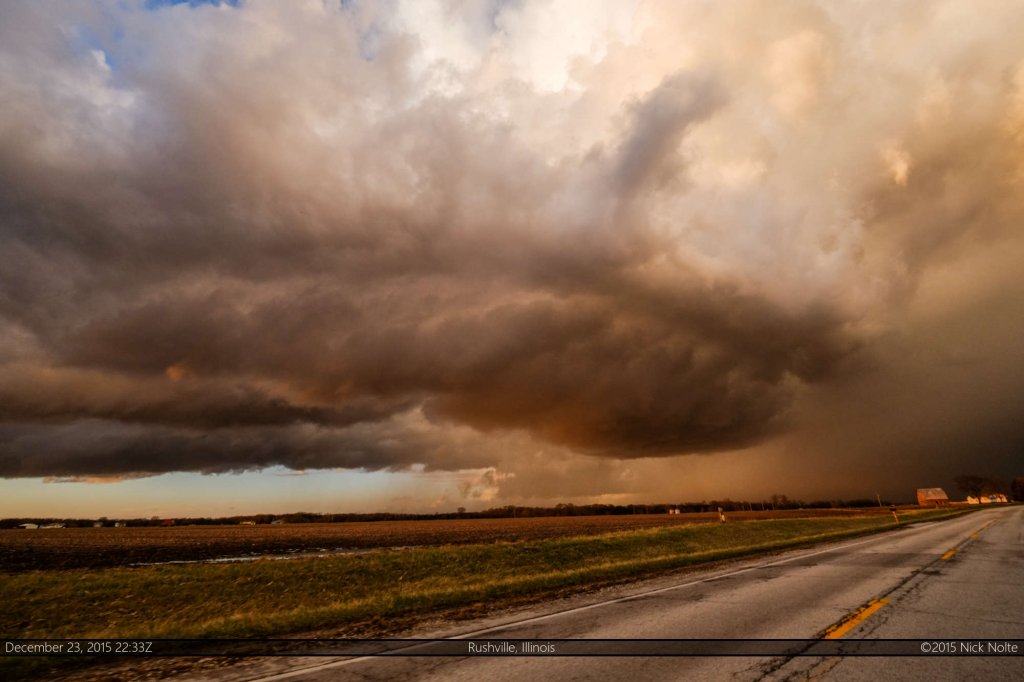 As the storm moved over Rushville, I really thought it might wrap up and drop a tornado or a funnel. I thought I might get my sunset, front-lit pink tornado, and there was even a brief rainbow. It wasn’t to be though, as the storm began to die, but not before it actually showed a nice clear slot around a very anemic, high wall cloud as it gave it’s last gasp. 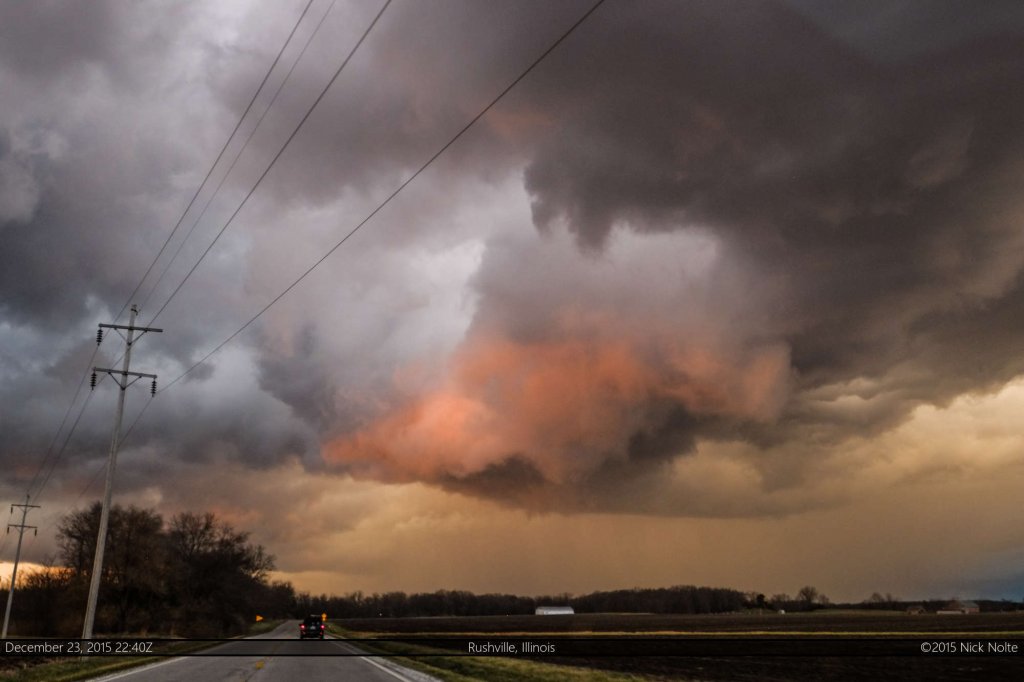 As the sun set, the storm died out and the line dissipated before it got to I-39. I called the chase shortly before then and started the drive home. I thought this chase was a pleasant surprise for a very late season chase and what turned out to be the final chase of 2015. It’s always fun to track a supercell for a few hours even if it doesn’t drop a tornado! 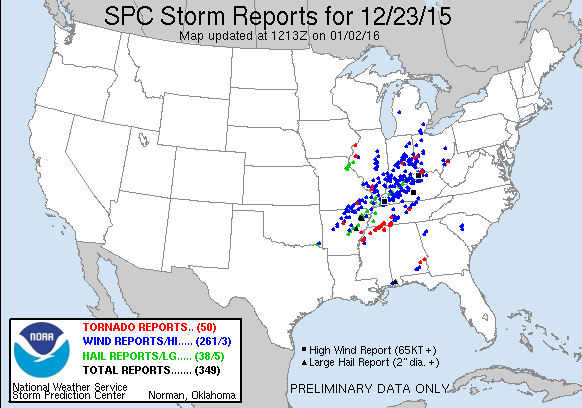 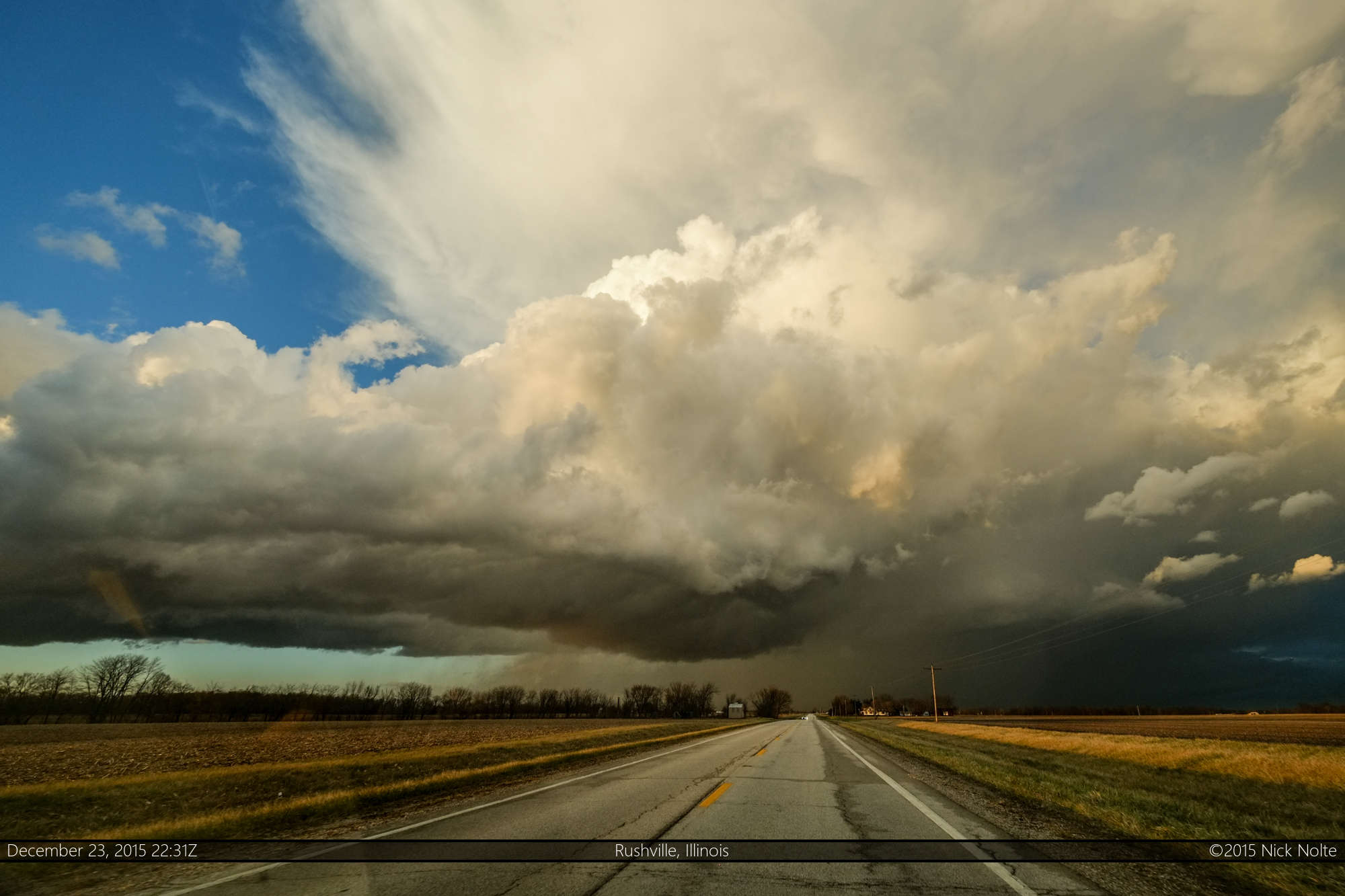