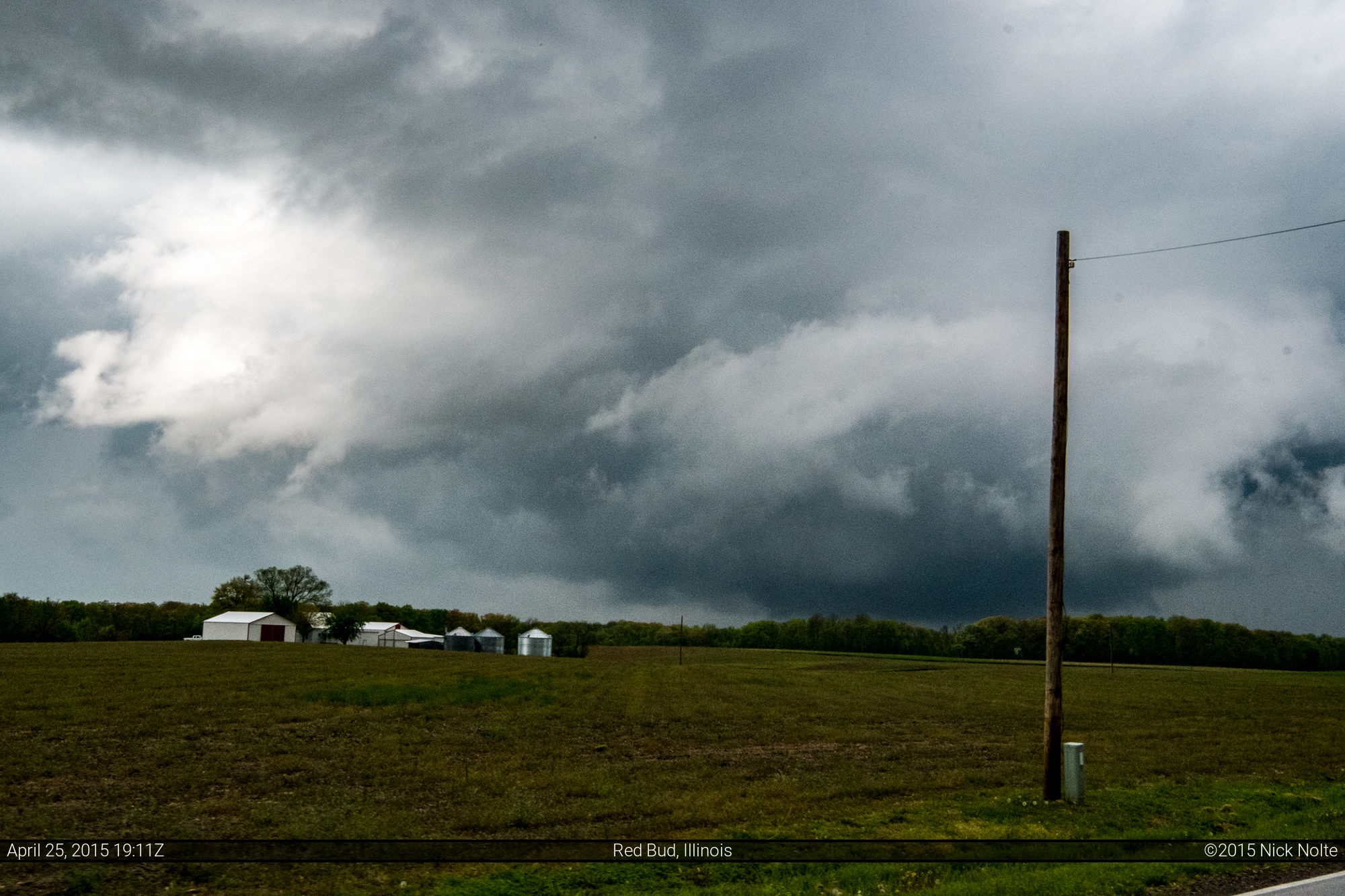 April 25th was the second day of a little mini chase weekend and a shortwave trough was moving east into the Ohio Valley while it deamplified a bit. That was coupled with the nose of a 130kt jet streak at 250mb and a sub-1000mb surface low that was progged to drift east throughout the day. The plan was to play in Southern Illinois just east of St. Louis where a clear slot was expected to form allowing for modest instability to develop and hope for storms to develop and ride the front.

I was in no rush in the morning as I spent the night in Columbia so I was only 100 miles or so from the St. Louis metroplex. I eventually began the trek east on I-70 shortly after 15z and followed the clear slot to warmer temperatures! An agitated cumulus field began to develop and the first storm of the day fired just before 17z southwest of St. Louis.

I had already crossed into Illinois and decided to hold tight because I did not want to deal with the river or metro area. Shortly after 17z the SPC issued a mesoscale discussion for the target area indicating an expectation of supercells within the next 2-4 hours and a tornado watch followed shortly after. I was still moving a little east to get out of the eastern suburbs and eventually stopped in Fayetteville to watch the storm coming out of Missouri.

By 19z there were a couple updrafts trying to get organized and I had been running parallel with the storms along highway 3 to see what would happen. Their appearance on radar and in real life were nothing too exciting.

By 20z, the cells had begun to grow upscale into a bow echo, but I stuck with it for a little bit longer.

Eventually, I let the storm overtake me near Eldorado and called the chase and started to head back to Michigan without being under a single severe warning for the entire day. It turned out there were only 11 severe reports for the day in Illinois, all but 3 of them for wind.