Saturday was my final day of chasing after almost a full week out in the Southern Plains and I wasn’t looking forward to the long drive back to Michigan. The prospects for storms looked pretty decent, as it was the day before. The Storm Prediction Center had a nebulous region of slight risk issued spanning from the foothills of Colorado and New Mexico across Oklahoma and into the Mid-Mississippi Valley. The focus for storms was easterly upslope across the foothills of eastern NM and CO and latching on to any of those as it rolled east.

Brad and I started the day in Amarillo and treated ourselves to some breakfast at the Big Texan and hung out there until we finally decided to head west. My body wasn’t very agreeable to traveling even further west than we already were given the trek home that faced me later. Nevertheless, we departed Amarillo at 17z and made our way to Muleshoe. SPC had a nebulous slight risk issued for the day stretching from the foothills of NM/CO into the Mississippi Valley, a cold front draped across the southern plains looked to be a decent focus point for development, but we expected the upslope to the west to be the primary target.

We stopped in Springlake to assess the current situation. Storms were firing along the foothills and trying to roll off, meanwhile a decent cumulus field was bubbling overhead. We were faced with a tough decision, head even further west and hope we can catch one of the storms rolling into the high plains or stay where we are and see if this cumulus field does anything. 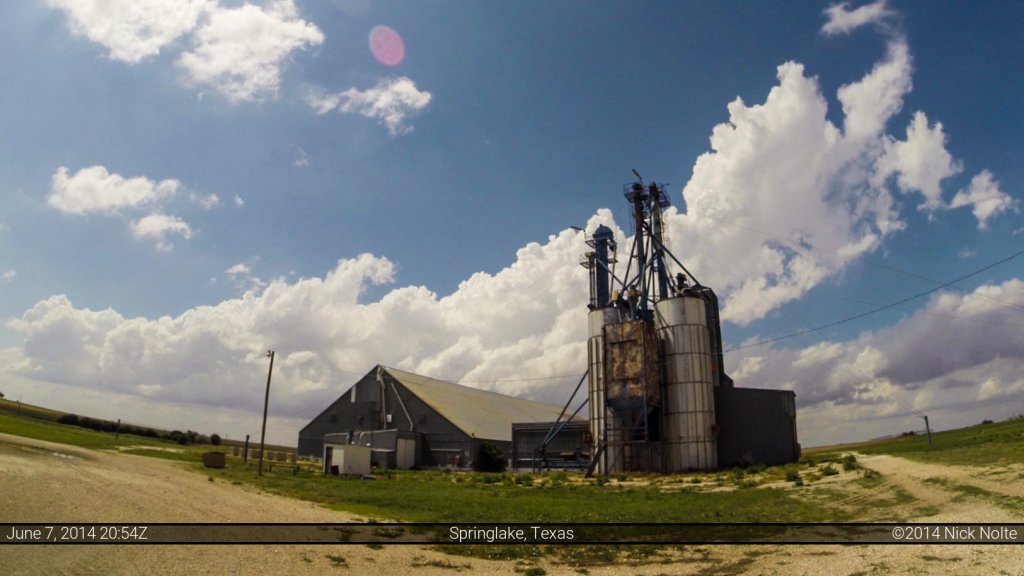 We decided to head west to Muleshoe, and just as we arrived Tornado Watch #254 was issued for Eastern New Mexico. At first glance this looked like we made a good decision, but it wasn’t very long that a cell began to pop behind us to the east. Now, what do we do? I think the prospects of a long trek home were calling us east to this new development, but it’s always difficult turning away from a fresh red box. Unfortunately, we were a bit out of position, but it looked like a straight shot on US 70 to the back of the storm, so we blasted east. Then SPC issued Tornado Watch #255 for the Texas Panhandle so that made us feel a bit easier about our prospects.

That’s not the view you want to see as you’re driving east as fast as possible while a supercell is exploding in a tornado watch.  Must go faster. Perseverance pays off and we finally intercepted the storm near Dumont where we got to sit and watch it come towards us for quite a long time. 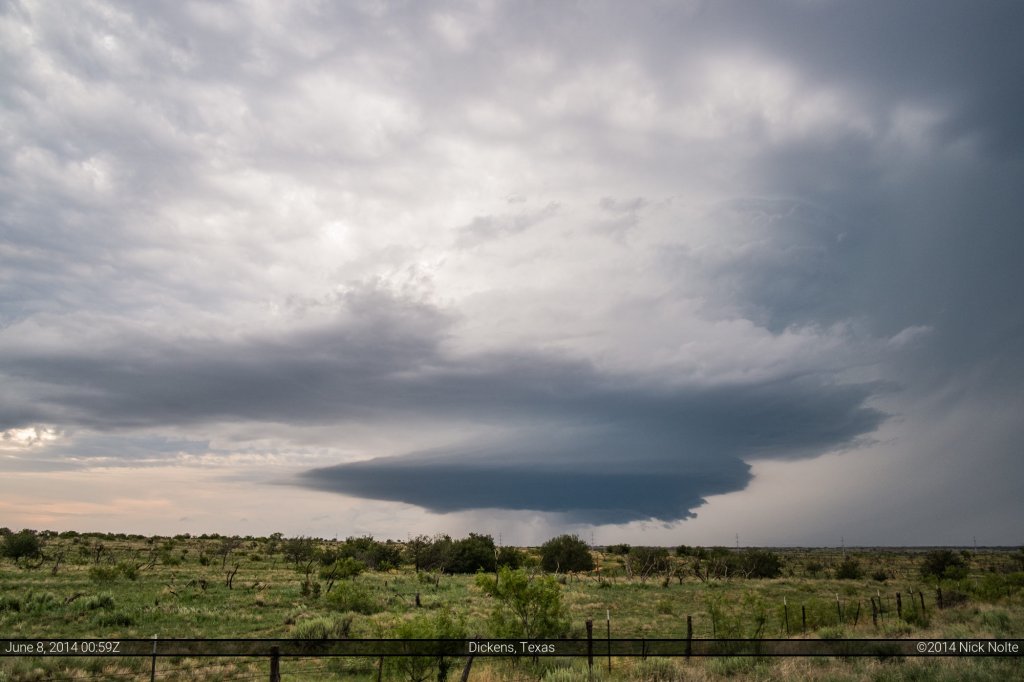 The locals came up to see what we were doing 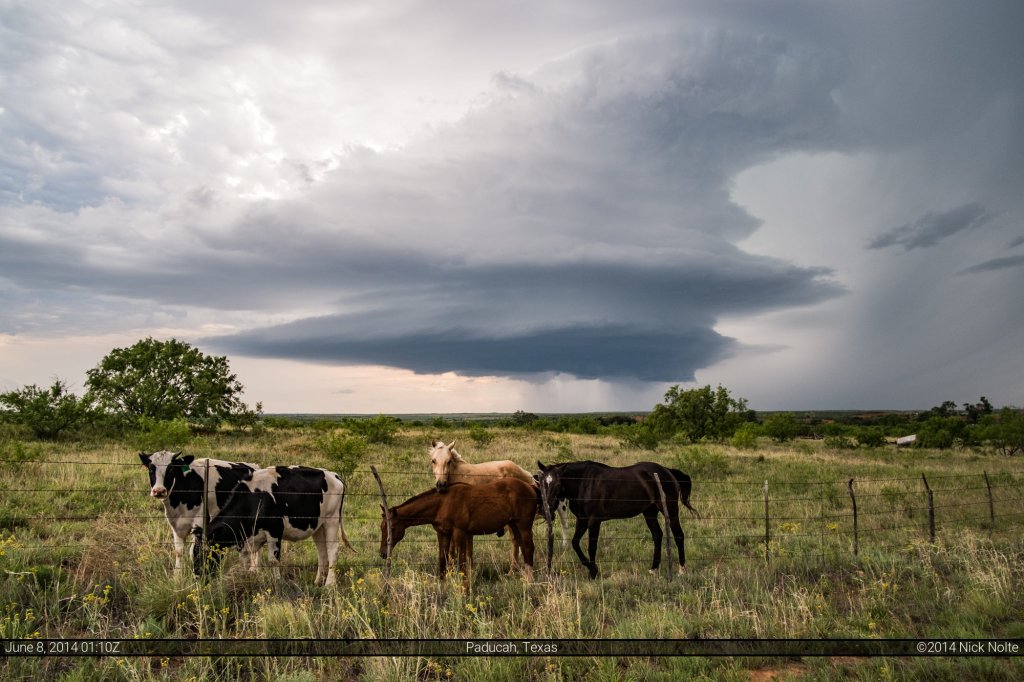 Eventually we had to move a bit east as the cell began encoraching on our position where we watched it lose some of it’s beauty as night fell aggressively. 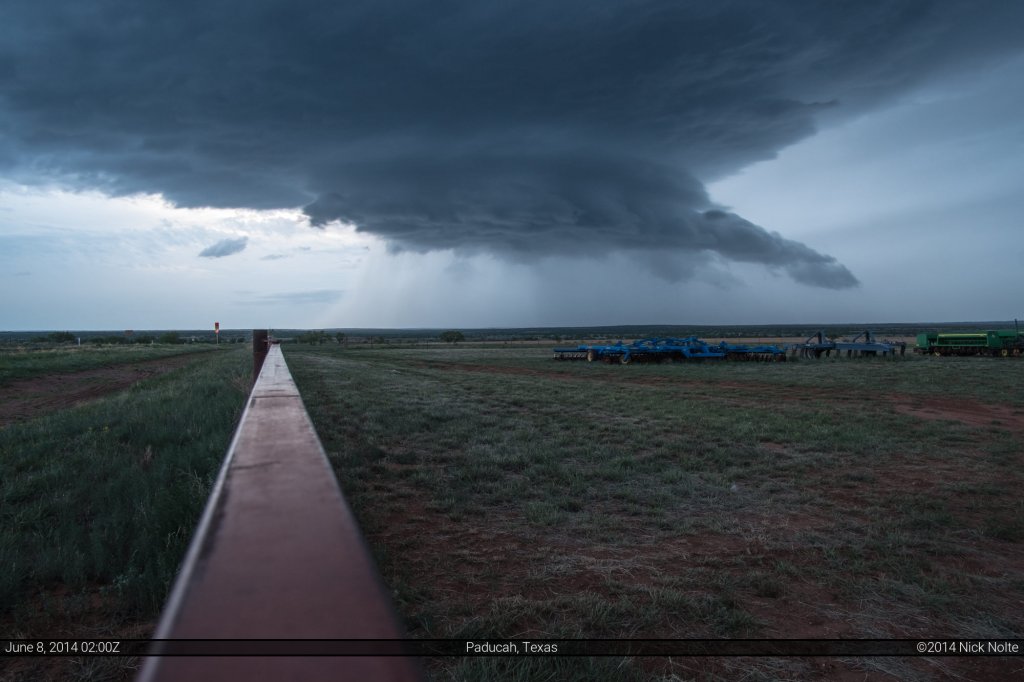 We called it a day at this point and I begrudgingly set my GPS for home and began the 1,250 mile trek. 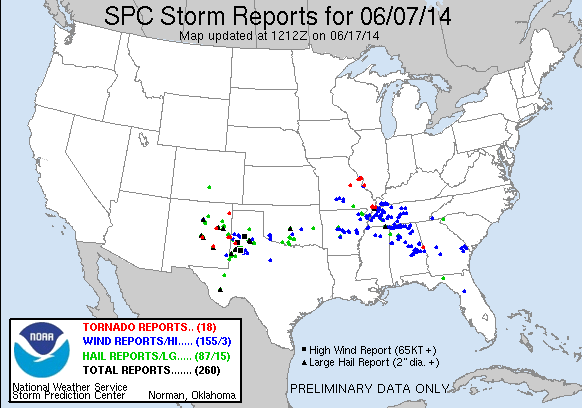 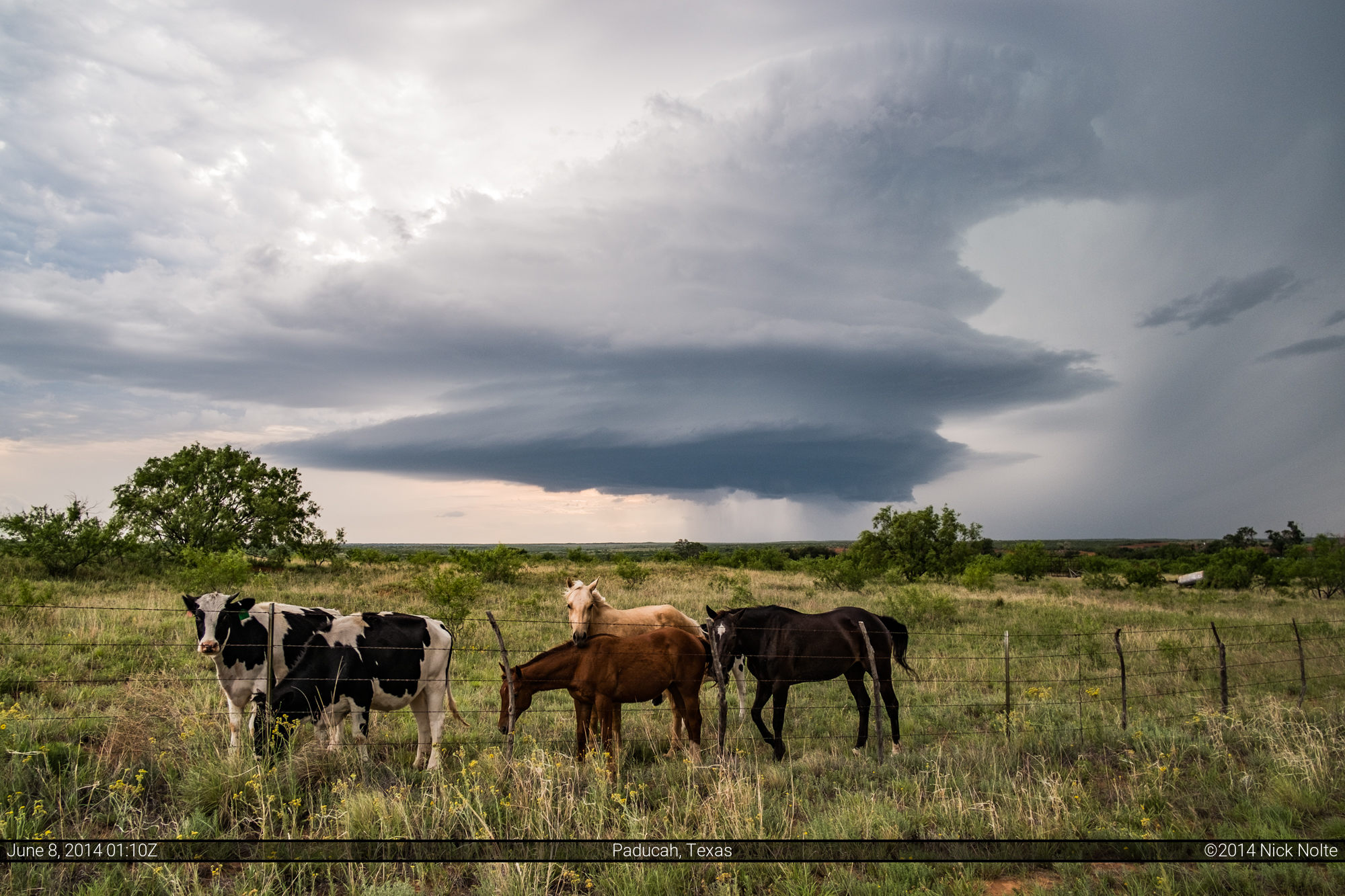