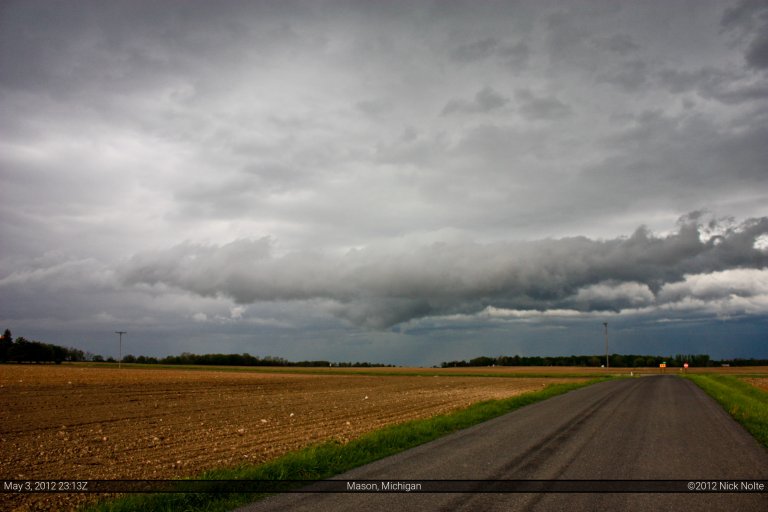 Just a quick entry, Michigan was in a slight risk for the day and I left work early to go after the storms that had started to crop up to the west. A line had started to form with embedded cells, so I shot up north towards Charlotte to get on the best looking one.

Eventually, I got on one near Diamondale and it looked pretty decent, but soon after this photo it went outflow dominant as the line continued to merge and turn into a linear mess that moved off to the east. 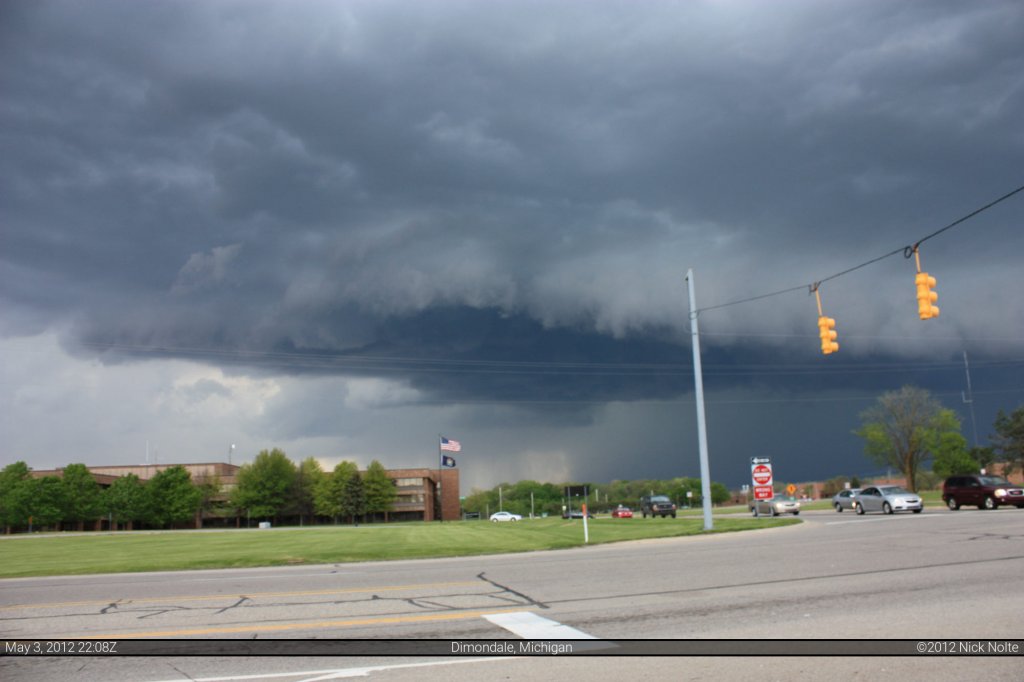 After a bit, I punched the core of this storm on the north side of Lansing to see if it was anything and there was some half-inch hail in there. As it continued to race off to the north east, I dropped back south to intercept what was left on the line as I headed home and the rest of what I saw was rather lackluster: 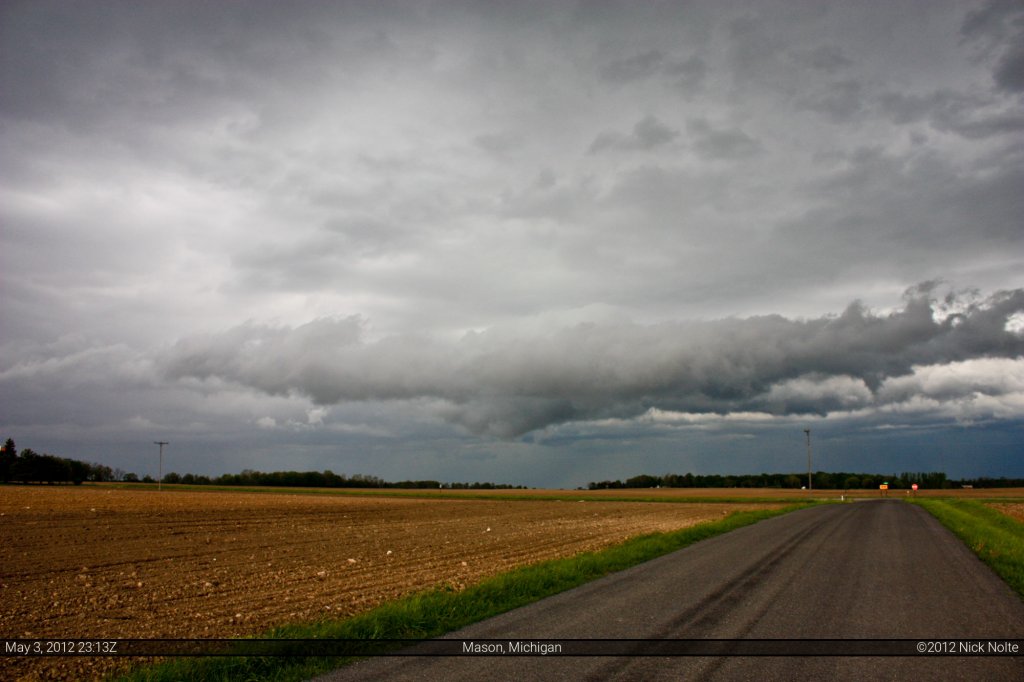 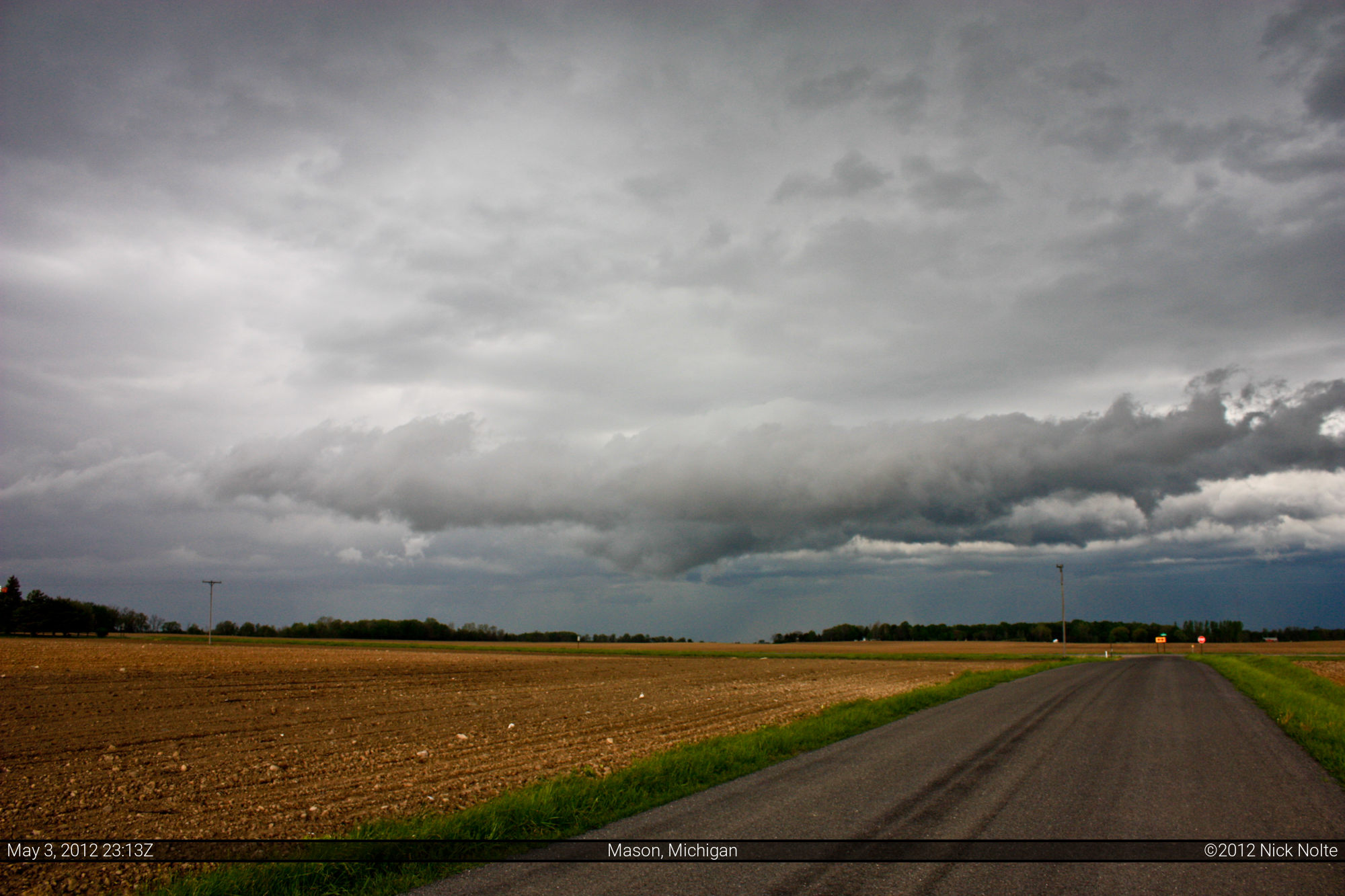